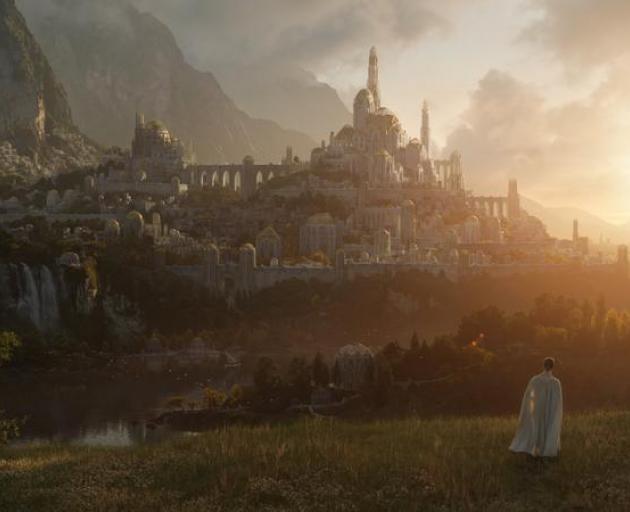 Economic Development Minister Stuart Nash said he was disappointed by the decision.

"The government was informed of the decision yesterday," Mr Nash said.

Amazon Studios advised post-production work on Season One would continue in New Zealand until June 2022.

However Season Two  would be filmed in the UK as part of a strategy by the studio to expand its production space and consolidate its footprint in the UK.

“I am enormously proud of the New Zealand screen sector. The Amazon Studios’ decision in no way reflects the capabilities of our local film industry or the talents of the people who work in it. This is a multi-national company that has made a commercial choice.

“With Season One, the New Zealand screen sector has proven its reputation for offering a world-class workforce, globally competitive sound stages and post-production facilities, and a safe destination with outstanding scenery and friendly and welcoming people.

“The previously agreed Memorandum of Understanding (MoU) with Amazon Studios will no longer proceed in its current form. The five percent incentive previously offered on top of the standard 20% rebate for all international film productions is withdrawn.

As with every other international production, Amazon Studios was eligible for a 20% rebate on its qualifying production expenditure in this country, under the terms of the International Screen Production Grant.

It was estimated that Amazon Studios’ qualifying local expenditure totals around NZD $663.74 million so it could potentially be eligible for a NZD $132 million rebate under the 20% rule.

“The international film sector is incredibly competitive and highly mobile.

"We have no regrets about giving this production our best shot with government support. However we are disappointed for the local screen industry. Work will continue across government on ways to keep supporting the sector."

In a statement, Amazon Studio's VP and Co-Head of TV, Vernon Sanders thanked New Zealanders for their hospitality.

"We want to thank the people and the government of New Zealand for their hospitality and dedication and for providing The Lord of the Rings series with an incredible place to begin this epic journey," he said.

"We are grateful to the New Zealand Film Commission, the Ministry of Business, Innovation and Employment, Tourism New Zealand, Auckland Unlimited, and others for their tremendous collaboration that supported the New Zealand film sector and the local economy during the production of Season One."

Filming has just wrapped on the first season of the series in West Auckland, and it's been announced the series will premiere on September 2, 2022.

The drama promises to bring to life JRR Tolkien's Second Age of Middle-Earth's history for the first time, set thousands of years before the events of The Hobbit and The Lord of the Rings take place.