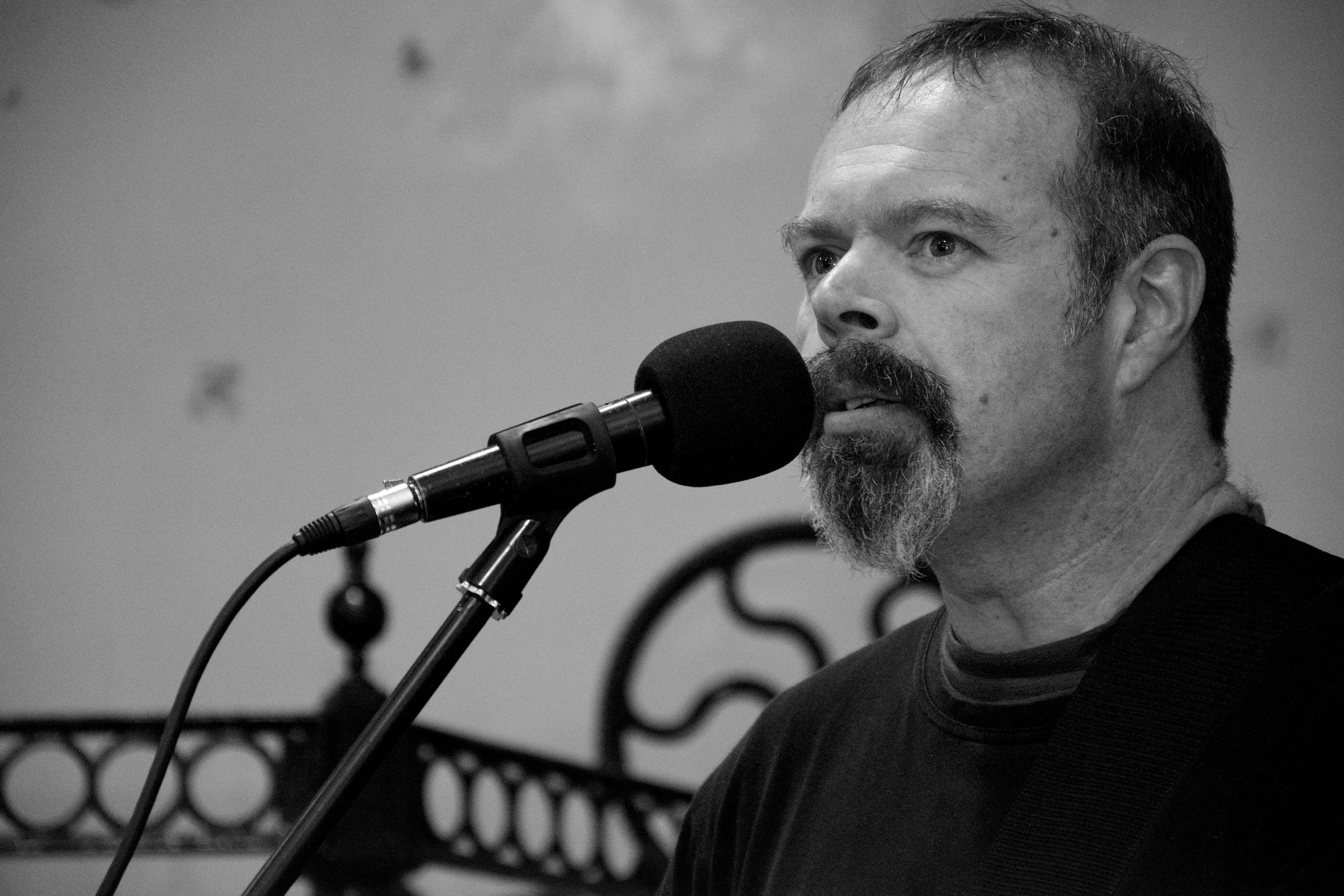 The 12-track album contains his signature combination of wit and melancholy, as well as collaborations with a number of local artists.

Fraser Thompson caught up with Darryl ahead of the album release gig at The Galley in Port Chalmers on July 4.

Your previous album, Raw Selfie, explored the concept of taking a cellphone selfie, but with music.

Yeah, pretty much. I was just out of a long marriage, kind of broken, so I was kind of raw. And the word selfie officially became a word in 2013 and the idea came to mind, of being a broken 43-year-old in a dingy mouldy flat in St Kilda recording songs on a cellphone. Simple as that really.

With your new album, Second Selfie, now you’re 50. What’s the concept behind this one?

Basically, getting over stuff, getting over yourself, and moving on and going ‘Yep, this is cool’. Second Selfie ,as a concept, is, basically, having worked in media and politics, it is a lot of lies and bullshit. A lot of people present their best face: Facebook is often called Fakebook because some people live out all their problems on it, and they get unfriended by everybody really soon because it’s boring, other people just show all the good things, like the house they just bought and stuff like that. So, yeah, everyone presents ‘this self’ to people, but many people have their self at home, which is not what they present to the world.

Why release only on CD?

Just for a physical release. Physical is cheaper than a vinyl album. I did 300 albums through Zelle records in 2015 and that was two and a-half grand, roughly. And the global economic times and all that ... My friend Sarah Flourish is a bloody good artist, she did the woodcut for Raw Selfie. Each of the covers is an original piece of art, so these are old lever arch files, so where they’ve got a natural bend she measured out ‘I can fit 3 into one file’ and then put a splash of colour, and a hand-printed woodcut. Each of them was printed over lockdown. The original concept was I was going to be doing it with her in the studio, but lockdown, different bubbles, bugger. But, yeah, I love it to bits, as taonga from friends goes, it’s up there.

On your previous album, and when you’re live, it’s just you and a guitar. What was it like collaborating with so many different musicians on Second Selfie?

Vulnerable. I’ve played with Paul quite a bit and he’s actually a really good player. I play with people who are really good players, whereas I’m more of a songwriter. I’m a pretty average guitar player, but I just like writing songs, so it was really vulnerable to go into a room with a bunch of people who you believe can play better with you, and then play music. I’m always entirely self-critical of my voice, have I hit a note right ... And in terms of sending stuff to Haszari and Elenor from Robots in Love, I sent them both a rough-as-guts demo. With Haszari, the percussion was me hitting an upside down washing basket with a padded drumstick for a thump, and then the snare-ish sound was a box with a piece of paper on it. And he got one bar with the timing perfect that he looped, because the other bars were atrocious. And then he put house beats behind it, which are very cool.

Sharing songs with people is about vulnerability, you're either going to live the life you’re happy with living, or you’re going to hide away.

You’ve got an eclectic mix of artists at the gig.

It kind of represents the album in some ways. I have an awful lot of people I enjoy hearing, I love Dragonfly Rustlers. They’re break-off-your-fingers good. Both Rohanna and Jess are great players. And Bronwyn is the same, great songwriter. Paul is Paul, and also plays bass on a few songs. Jackson he reminds me of every shed party I ever went to in Gisborne, where it was basically people sitting on their crate of DB and drinking, and a guitar gets passed around. Jackson is that person. And Haszari, I figured it’d be a really nice way to end an evening.