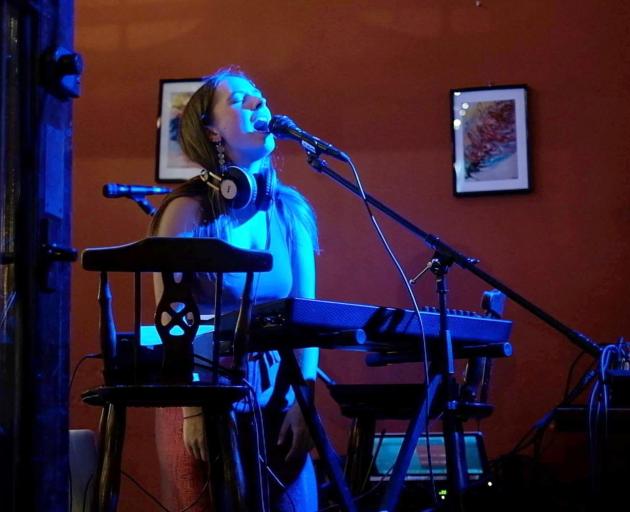 Calla headlines Music For People next week. PHOTO: SUPPLIED
In February 2020, just before everything turned to custard, New New New hosted its largest line-up of acts to date. The event was called Music for People and featured 11 vastly different acts ranging from hip-hop to indie rock and more. 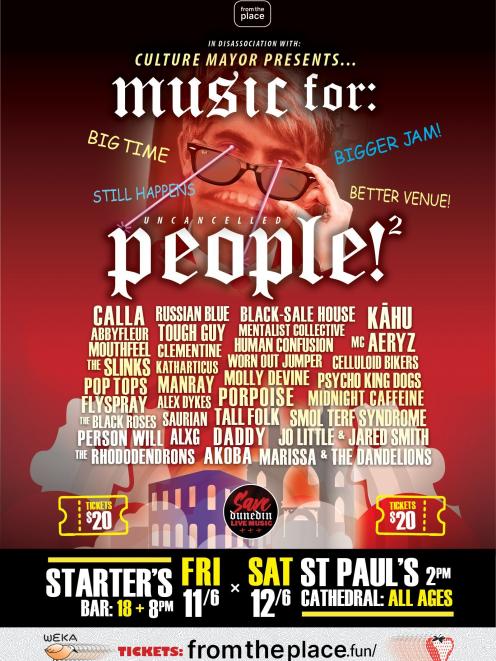 Music For People 2 features 32 bands over day days. IMAGE: SUPPLIED
Now, Music for People is about to receive its long overdue sequel, with double the venues, triple the music, and the same goal of putting an eclectic mix in front of an audience. This time though the context behind the event is completely different.

"It started [as the result of] a back and forth dialogue on music forums [Facebook], kind of attacking the value of the music scene here," event organiser and musician Person Will explains. "I felt like we needed something positive to put that energy into.

"That’s the punch behind it all, just to champion something for musicians to get behind."

The result is an event with approximately 32 acts, taking place over two sessions: an afternoon in St Paul’s Cathedral and an evening at Starters Bar. It’s huge, and the line-up was specifically curated to offer as much diversity as possible.

"I’ve got Calla, she’s something else. What she does is, kind of like, ethereal almost, like Gregorian chant-style electronic stuff. So that’s going to be something different ... Smol Terf Syndrome are going to be doing, like, an electronic live thing. Trumpets, drum pads, all sorts of stuff. Marissa and the Dandelions ... they got shut down by noise control [and sparked the Save Dunedin Live Music petition], so, it’s stacked."

Part of the goal was also to make sure musicians get paid, and all of the door takings will be split evenly across all personnel. As such, Will has done everything he can to keep costs down, from creating all the promotional material, to making his own booking website and ticketing system.

"I’ve just done everything in the community with people supporting me. WEKA [Wellness Empathy Kindness Aotearoa] has been really supportive. It’s a charity organisation just for promoting wellbeing in society, they’re huge for social development.

"WEKA, Strawberry Sound and Save Dunedin Live Music, they’ve been the biggest supporters. And, of course, Starters, as well."

"Getting 32 bands to commit [is] not easy, especially when the venue pulls out and the date changes. It’s a logistical nightmare.

"There’s been all sorts of drama just to get it over the line."

It’s a true community event, and to me it feels like a rejection of the cold commercial rhetoric advocated by some — people will happily do stuff, without considering how much profit it would bring to themselves or stakeholders because if they didn’t, it wouldn’t happen.

“Everyone should come because there’s so much for everyone.