Sounds Good to Me 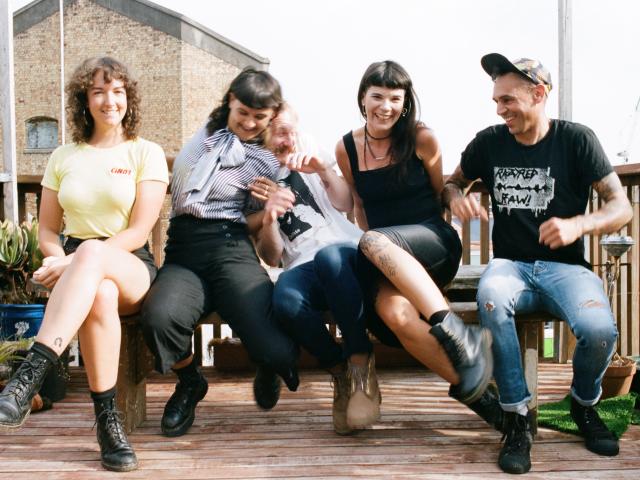 Located at the top of a three-storey commercial building on George St, The Attic is the most important place you haven’t heard of.

Presumably, at some point, 2020 will end and the sun will come out and we’ll start looking around for things to do. Things like music festivals, relaxed ones without too many people, in secluded...

Alert Level 2 is back, and it looks like it might be here to stay awhile. Bad news for lovers of big sweaty doofs, but good news for those who like a good sit. And who doesn’t like a good sit?

Post-metal-gaze duo Tuscoma released its second album, Discourse in April - only to have its national and global tour cancelled due to Covid-19. Fraser Thompson caught up with guitarist and vocalist Kurt Williams.

Dunedin's Summer Thieves are back into their work after a period of discovery, loss and Covid. Adam Burns talks to singer/guitarist Jake Barton as the band gets ready to return to the South.

Local rock four-piece Saurian (meaning lizard-like) have been blasting original tunes on the live circuit since their formation about five years ago. Now they’re finally releasing their first EP,...

Darryl Baser, a regular on the Dunedin music scene, has released his second album, appropriately titled #Secondselfie. It contains his signature combination of wit and melancholy, as well as collaborations with local artists.

Welcome back to the real world. The local live music scene is slowly ramping up again and the future looks golden. After four weeks of blissful hermit life and comfortable livestreams, going out...

Here are some great local music releases from the past few months that might have slipped under the radar, writes Fraser Thompson.

Of the venues in Dunedin, the one I love the most is the Crown Hotel, writes Fraser Thompson.

After a few weeks of figuring out the new normal, last weekend demonstrated that the local live music scene is far from dead — it’s just different now, pretty much like everything else.

While the lockdown might be making it harder for local musicians to make a livelihood, it isn’t stopping them from practising their art.

It’s hard to believe that just over a week ago I was interviewing a band preparing to embark on a national tour. Now we’re living in a world where every step outside our bubble must be carefully...

Fans, performers and facilitators of live music are in for a tough few months as gigs are cancelled left, right and centre to reduce the community spread of Covid-19, writes Fraser Thompson.

Lyttelton’s Kate Owen has been quietly writing music for 20 years and, based on this, her debut album, it shows.

Six60 cap off their mammoth 2020 NZ tour on Saturday at Forsyth Barr Stadium in Dunedin where it all started for them. Vocalist Matiu Walters spoke to Fraser Thompson about how far they’ve come.

Drax Project are heading down next week for an O’ Week gig at the stadium on Thursday with JessB, Peking Duk and Jordi.

Sometimes life’s twists and turns take you down a path you were certain you’d never go down. And that is how, last Saturday, I found myself standing in a crowd of 25,000 at Hutt Recreation Ground...