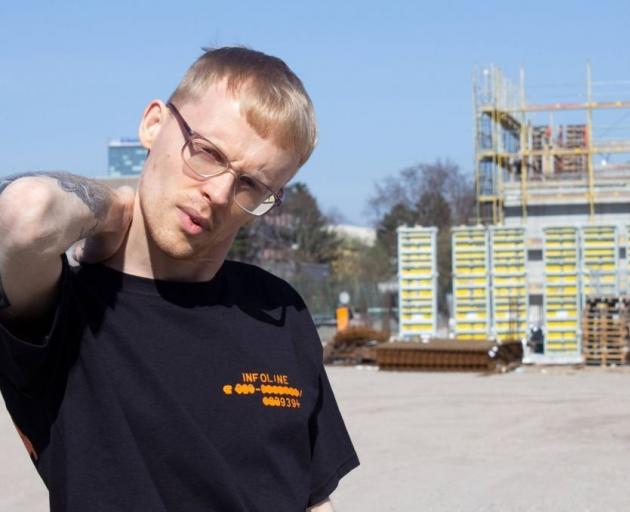 Techno musician James Barrett is back in New Zealand after a spell in the Berlin club scene, home to legendary venues such as the Berghain club, sometimes called ‘‘the world capital of techno‘‘. Photo: Supplied
James Barrett has spent the last few years making a splash in the venerable techno scene of Berlin. Now in Covid-ravaged 2021, he’s escaped to his homeland and is wasting no time in bringing his brand of dark pounding techno to the ravers of Aotearoa. I caught up with James ahead of his return to Otepoti at Negative Space Club this Friday.

You were in Germany through the Covid times, how was that?

It was mostly just being inside for 15 months, especially in the colder months, which was pretty brutal. Sometimes I’d realise I hadn’t been outside in two or three days, and time becomes something else, so yeah, it was quite awful having to be inside and not being able to see anyone else for that long. Definitely not a good time.

Obviously the club scene in Berlin is legendary. What do you think it is about Berlin which fosters that scene?

A lot of it’s sort of historical circumstance, right place at the right time, and sort of the right historical events to make that happen, because on one level it’s about the fact that it’s still a city where there’s kind of like a lot of abandoned space, which young ravers can move into and turn into clubs, so there’s this really amazing industrial environment. So one part of it is that past, and especially that Soviet past as well. But a lot of it is kind of political as well, which is tied in with the history too. Berliners have a very keen sense of what freedom means to them and there is that feeling throughout the whole city and it is kind of reflected in a lot of what you get in the clubs as well, you know once you’re in there — I mean it’s not quite a free for all, but it is near enough.

Coming back from Berlin to the Aotearoa club scenes, how do they compare?

It’s a good question, and yeah it’s something I’ve thought about a lot. You can’t deny what Berlin is and it essentially has the best clubs on the planet, really. You know, these giant sort of industrial places of worship for sort of hedonism and dance music and partying. You can’t deny that, but there’s also a lot to be said in terms of being a participant within it, on both an artistic and professional level. And I think there’s a lot to be said for being somewhere with a lot of potential that has a growing scene like Aotearoa, where you can really leave your mark on what’s going on and really help to change things. And there’s definitely a difference in terms of satisfaction between that and merely slotting into something that’s already very established like Berlin, where you do sort of feel more like a mere participant rather than someone that can really help change things. So that’s one big thing I noticed.

How have the shows been so far?

So far I’ve had a couple of gigs in Christchurch, those have been really great, I’ve always had a good time playing down here. I think because it’s such a drum and bass town, which in of itself can kind of be sonically quite aggressive, and it also has a sort of sonic similarity to a lot of what I do already. I definitely think audiences have always been quite up to what I’ve got to offer here. So, yeah, the only shows I’ve done so far have been a couple here in Christchurch and one in Wellington Saturday, and that party in Wellington was kind of really special I have to say, the crew that put it on, Practice, they’re a really lovely crew, they really kind of curated every aspect of that party to a perfect extent. It was a very, very diverse crowd, and they just put together a really, really incredible event that was special within New Zealand.

But, yeah, no, the parties that I’ve played so far have been really good, I’m so happy to finally be at it again.