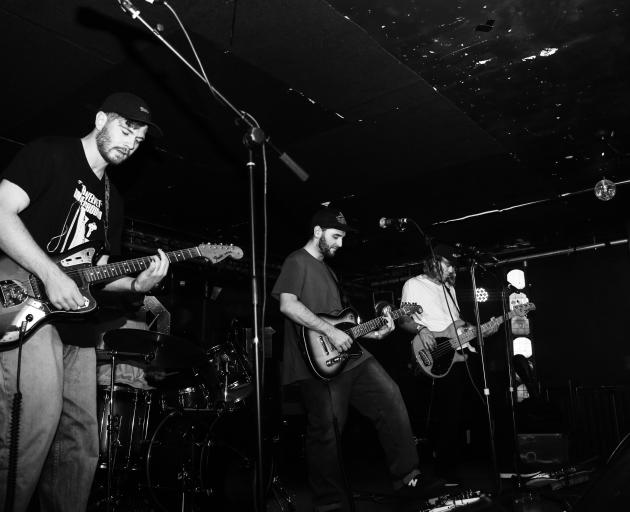 Rezzy Crooks' gigs keep getting cancelled due to Covid-19 restrictions.
Covid has been the end of many gigs, but the timing couldn’t be more unfortunate than for the Rezzy Crooks, writes Fraser Thompson. 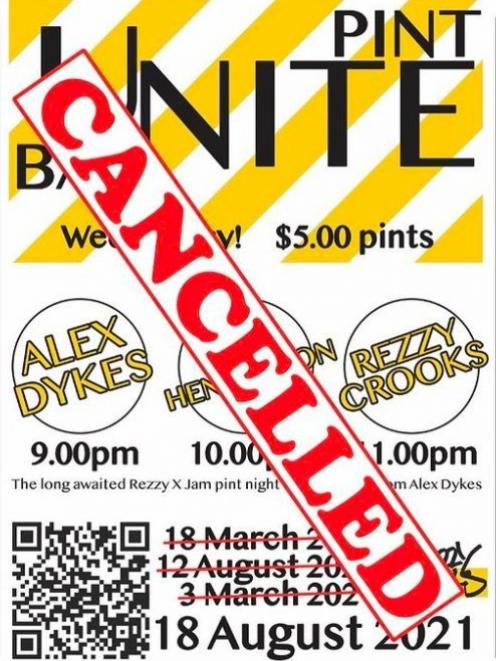 They call it the curse of the crooks, wherein the mere act of putting Rezzy Crooks on a bill is enough to induce a lockdown. And it has happened again, albeit in a different form, this time spreading to the Crown Hotel, where the Crooks were due to play until a staff member tested positive.

Sam (vocals/guitar) sums up their feelings on the situation.

"It’s quite funny you know, you gotta laugh at it."

"Yeah we’re not salty about it at all," adds Toby (guitar).

"Like, the gigs being cancelled and the lockdowns are for the best for sure, it’s purely just so, like, bizarre and strange. You could never make this up."

"I said to my sister ‘we’re planning to do another pint night’ and she said ‘don't do that, I’ve got stuff to do this weekend, do not make a pint night because that means there’ll be another lockdown and sure enough ..’."

If you’re unfamiliar, U-Bar pint nights are the regular free gigs at the campus bar, which almost always meet capacity. Because of the guaranteed frothy audience, and relaxed nature, they’re invaluable for local up-and-coming bands.

"Pint nights can be some of the best gigs," explains Sam, "because they always pack out, and everyone’s there to have a good time. It’s fun, fun and sweaty, we’ve literally played pint nights where water is dripping down onto your head from the roof because it’s so sweaty up there."

But while the band sees the humour in the situation, it’s obviously also pretty frustrating, and not just for the crooks. They are just one of many in the industry who have had their work disrupted by gig cancellations and venue closures.

"I think the main thing is it’s just prevented us from playing gigs, and playing gigs is probably the best way to sort of make a name for yourself in your own city," explains Toby.

Sam adds, "We’re not dependent on being musicians, but that’s obviously a massive problem with people in the music industry as well, like people used to live by playing acoustic gigs and stuff and they just haven’t been able to do it."

"It’s quite sad, but hopefully it’s all sort of coming to an end soonish. But you know, you can't argue with the way we’ve done it, we’ve saved a lot of lives I think."

On top of it all, Covid induced temporary venue closures have further exacerbated Otepoti’s eternal venue deficit. This became especially obvious when the band started looking for a new venue to rebook their cancelled Crown Hotel gig.

Jamie (drums) explains they were running out of places to play.

‘‘U-Bar’s not even open right now with Covid stuff, and Starters is just closed which was probably our next best option."

Sam elaborates, "we were, like, oh no, should we try find another venue? And there’s no other venue, like, where do we play? There’s nowhere to go anymore."

"And it’s sad because an integral part of Dunedin student culture and culture itself is based around music, like Flying Nun records, even The Gromz, there’s been some really good bands come out of Dunedin and it’s such a good culture in that way."

"I think being an emerging band or an emerging artist would be pretty much impossible in New Zealand at the moment."

Despite everything, the Crooks aren’t going to let the curse get them down, continuing to book and rebook gigs. They’ve got some new music out on streaming services, too, if you’re keen. And hopefully when U-Bar re-opens they’ll finally get to play that pint night.

"You could have Covid," responds Jamie, who has Covid.