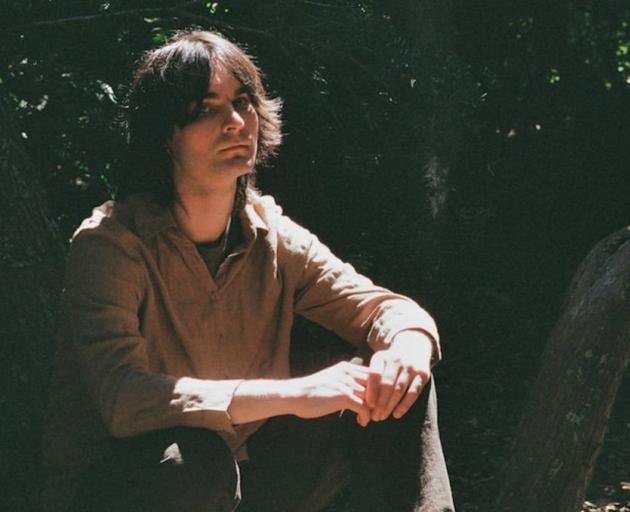 Kane Strang plays Dive, in Dunedin, next Saturday. PHOTO: SUPPLIED
In March this year ex-Dunedinite Kane Strang surprised everyone by quietly dropping an album, his first in four years, without any of the extended industry machinations which usually go with an album release from an established artist.

Titled Happy to Perform, it also happens to be an absolute gem, probably my favourite local release of 2021 so far, presenting a sound that feels moody, raw and altogether unique. It’s a satisfying development upon his previous two full-lengths, which were both great, but are dwarfed in maturity by this latest release.

It also marks his first release since parting ways with the American-based label Dead Oceans, for whom the overwhelmingly positive reviews of his previous album Two Hearts and No Brain were apparently not enough.

He explained to me how the extensive release process for that record was part of what motivated this one.

"Yeah, to be honest I got a bit burnt out doing that for the last record. It almost put me on the backfoot going into all the touring and stuff, if that makes sense.

"I just thought, why not? Like, I feel like putting it out. I’m just going to do it and see what happens, like, if it’s a big flop that’s fine, I’ll make more records.

"I guess the other thing is, I had this quite romantic idea that it would just spread and find the people that need it, if that makes sense too? And it seems like it’s slowly sort of getting around, just by word of mouth and things like that, and friends sharing it with each other.

"So yeah, I am really happy with how it’s gone. It’s exactly how I wanted it."

Other than its unconventional release process or lack thereof, Happy to Perform also has a vein of experimentalism running through its sound, both in the instrumentation (brass plays a major role) and in the song structures.

As with his previous release, he worked with ex-Dunedinite Stephen Marr, formerly of Radio1, to record and produce. Free from major label pressures they were allowed more room to manoeuvre.

"Percussion was a big one ... because I was with a label then and working to a deadline, we kind of ran out of time and money to do little things like that so, I dunno, this time maybe we went a bit crazy and tried to make up for lost time or something.

"I just realised that this album was kind of just a big experiment from, like, the structure to the sounds to how I even released it. It was just kind of like I wanted to try to do a bunch of things I’ve never done before. So yeah, that’s what we did."

And as with all of Stephen Marr’s recent output, it sounds great. He landed his job at Neil Finn’s Roundhead Studios in Auckland during the recording process and Kane had also just moved to Auckland, so they were able to re-record some of the parts recorded back at Radio1.

"And that’s when the album really started to take on like a whole different vibe. It went from sounding like, you know, my older stuff, to sounding a bit more crazy."

Now he’s embarking on a tour that will see him playing Dive next Saturday, and he’s assembled a hell of a band, comprised of members of Wax Chattels, Marlin’s Dreaming, and Mermaidens. It is his first in two years, and sounds like it’ll be worth the wait.

"I think I just needed a wee break and got a tiny bit sick of myself really, and sick of playing the same songs, sick of talking about the songs. Like, yeah, I just needed to take a step back.

"It’s quite weird. Sort of all of a sudden your music becomes, especially once it’s picked up by a bigger label ... a product, which is a strange thing to experience, like you’re really having to market yourself which I’m like horrible at, so I think that was the main thing that got to me in the end.

"As soon as I had that first practice with the band up here I was like, yeah, this is going to be fun. You know, music doesn’t have to be this big stressful thing, you know? It can just be fun and like this lighthearted thing you know?"