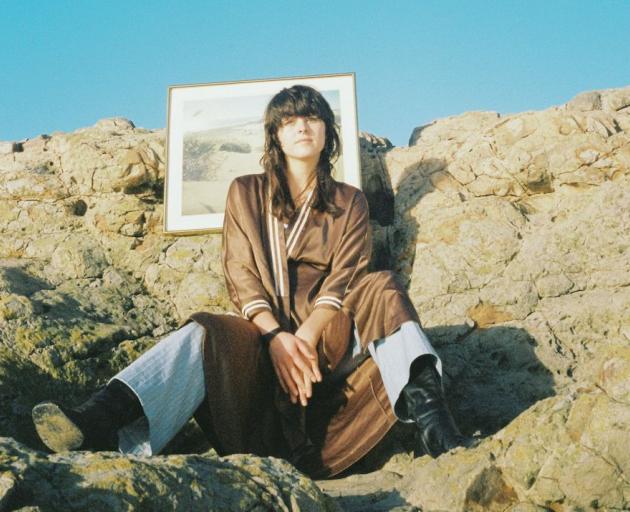 Now Juno Is are set to bring those vibes to countless taringa all across the motu after being selected as this month’s featured artist in the Live Nation & Vodafone ‘‘Ones to Watch’’ music discovery platform. Tino pai rawa atu.

I caught up with Mac for a korero to get the lowdown on what Juno Is ... is, and what her next steps are in these uncertain times.

I’m sure this question comes up a lot, but it’s obligatory: Where did the name come from?

It doesn’t really mean anything in particular, but it’s kind of just from me kind of doodling on my notepad and just, I dunno, as a teenager I’d just write lots of things down like cool names and lyrics and stuff, and then when I found it was time to start my project I just kind of had Juno Is set aside as a potential name and yeah, there’s no real meaning but I just thought it sounded cool.

How would you describe your musical style?

How’s the progress on your first full-length album?

It’s going really good actually, I’m kind of just taking it track by track so I’ll just record a couple of tracks at home at my studio at home, like record the demo, then I’ll take them down to a studio at Port Chalmers and re-record them out there, and reproduce them and get them sounding really polished. So at the moment I’ve done four tracks, and hoping to do six more over the course of the next year with no pressure or anything, just taking it as it comes.

So you’re really taking your time to get it right?

Yeah, especially the first album I kind of want it to be fully me, and fully songs that I really love. I don’t want to just rush it to get it out to say that I put an album out, you know? I want it to be quite special. Kind of just make it a journey instead of a quick project I need to move on from.

When you formed the band in 2019 you obviously couldn’t have anticipated the global pandemic which came along. How has it affected the band?

I feel like it doesn’t really affect the band so much, especially because it’s my solo project so I kind of write all the parts, and then I just teach the band for the shows. So yeah, it’s kind of just yeah, we miss gigging together and stuff but it’s never a massive problem that we can’t be around each other for, you know, a few months or whatever. Especially now with writing the album, it’s kind of nice just not really playing shows and just focusing on that fully.

So you’ve taken advantage of the latest lockdown to be productive?

You have a gig coming up this Friday?