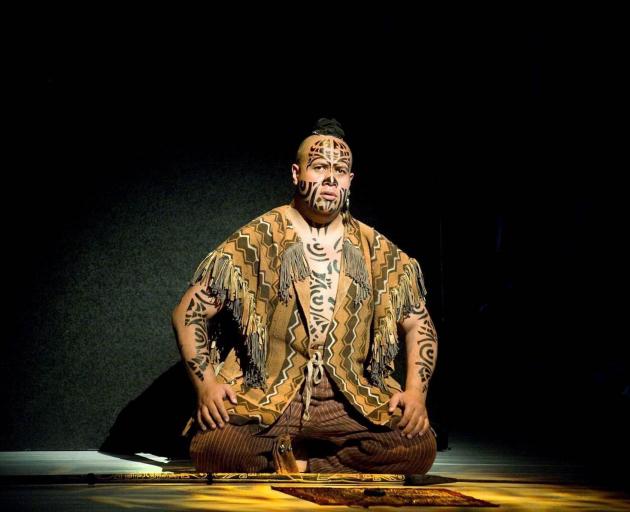 Jonathan Lemalu performs as Queequeg in Jake Heggie’s operatic adaptation of Melville’s Moby Dick in San Francisco. PHOTOS: SUPPLIED
London-based opera singer Jonathan Lemalu has returned to Dunedin to see family, enjoy some normality after the restrictions of Covid-19 lockdowns in the United Kingdom and also to perform again, he tells Rebecca Fox.

Jonathan Lemalu can feel the adrenaline levels increasing, the flutters in his stomach, all indicating he is about to perform again.

It is months since he stepped on a major stage to perform and it has only been made possible by his return to New Zealand.

"I’m feeling the excitement that I remember from quite a long time ago. My body and my mind are back in their happy place," Lemalu says sitting on an Octagon park bench in the sun.

It is not without some concerns though. Like an athlete, opera singers need to be in top condition which comes with regular performances.

"It’s a little bit daunting in the preparation."

Having not performed a major concert since September, Lemalu is now working hard to rebuild the physical and mental stamina needed.

"It’s tricky going from something you do nearly every day anyway not having the opportunities and if I’m honest not having the motivation then I guess that is what doing these concerts is about.

"I want to get my stamina back."

He has been working with pianist Terence Dennis and refreshing himself with the music for the 25-plus songs he is to perform in his upcoming tour.

"I find it hard to complete sentences now I’ve got so many languages in my head. I’m walking around reciting words on buses, scaring people in cafes by accidentally singing a note or two."

Playing Cold Genius, the spirit of winter from Purcell’s King Arthur in Vienna.

Despite all this, Lemalu is excited. He gets to perform in Dunedin on Mother’s Day for his mother, godmother and "music mother" former teacher Honor McKellar.

"It’s been a joy to put it together. For mum there’ll be some Gershwin and Rodgers and Hammerstein."

He has also been touring the country performing two sets of concerts - one an opera programme featuring Mozart, Stravinsky, Britten, Beethoven and Rossini to Gershwin, Rodgers & Hammerstein and Kern while the other is a song programme completely in English featuring some of his favourite works some written especially for him including ones arranged by John Drummond.

"I want to show the classical world through the eyes of a bass — a lot of villains, the devil, a donkey. I think it’s quite rare to have a bass recital. I suppose taking advantage that I’m different."

In Dunedin he will combine elements of both concerts with most of the second half in English.

"I wanted there to be something for the purists but also be packaged in a way that it is accessible. It’ll be a lot of fun."

Lemalu says the programme highlights his growth as a bass and performer.

"I play the idiots and that’s OK. I never get the girl and I very rarely win an argument or war.

"When I was younger I wanted to be the lover, you go through that."

He now realises he has more scope as the devil or idiot than as the lover.

"You can use more of your personality, particularly with the idiots. It’s a chance to laugh at myself. And not take myself quite so seriously which is an inherent part of my personality so it’s not a huge stretch for me to laugh at myself or put on a character that is really dark, who is murdering people."

These days he is better at finding the balance between singer and performer.

"In the past maybe I’ve over-acted under-sung." 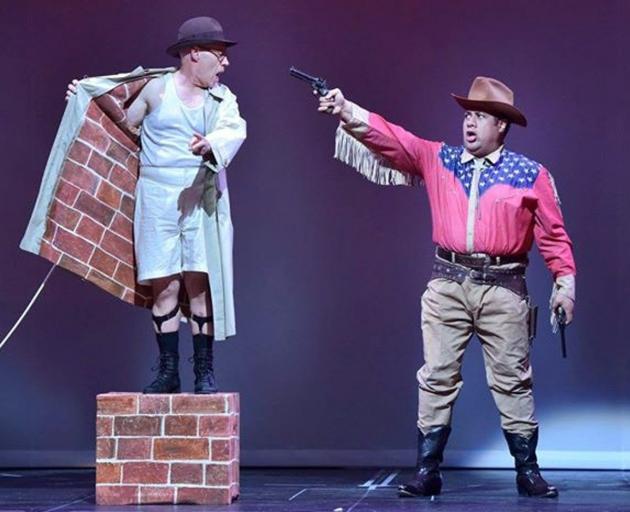 Jonathan Lemalu playing Bottom/Pyramus in Britten’s Midsummer Night’s Dream in Tel Aviv.
Surprisingly, Lemalu says he makes more effort to make sure he has his "vocal ducks in a row" by going to more voice classes now than he did when he was younger.

"The voice is older, it needs to be looked after. Its bigger, it’s stronger so it needs cultivating. I’m much more aware of the need for constant MOTs, just not every year, but as often as I can get it."

Now that he is teaching - Lemalu is a Professor of Voice at Guildhall School of Music & Drama - he is aware those sessions also help make him a better singer.

"It’s what I like about the classes as they always seem to hold me accountable. I can’t tell all these kids to do something and then me not do it."

As a Grammy-award winning artist, Lemalu has performed on the world’s top opera stages and with some of the world’s big names but it is the things that go wrong that make performances stick in his mind.

"They’re genuinely hilarious to me."

Like the time - "true story" - when Lemalu in a performance of Don Giovanni accidentally pushed his luggage trolley too far across the stage and it dropped into the orchestra pit.

"Thankfully the brass section was not needed for my aria, so they’d left or they would have got squashed by this big luggage trolley. They had to stop the performance. I’m feeling really special for all the wrong reasons now and then I had to repeat the aria.

"That is live performance. Now all the other performances went wonderfully but I only remember the one where I nearly squashed someone in an orchestra pit."

He plans to share some of those stories and anecdotes behind the songs he sings with the audience at the concert such as the times he sung one for royalty or the song he sung for Sir Peter Blake after winning the America’s Cup.

Getting back on to the Dunedin Town Hall stage is "really comfortable" as he knows his way around.

"When I go out on that stage I feel very much at home. It’s the most familiar of any house in the world because I grew up here. I sung in the secondary school music festivals there, played violin in the orchestra, sung in the capping sextet, my first time with the Dunedin Symphony here."

It was where he chose to hold his benefit concert in 2017 to encourage young performers.

"There is a lot of love for what Dunedin has created."

Alongside the concerts and rehearsals they require, he is also holding masterclasses around the country, all helped by a generous sponsorship from Lexus whom he dealt with as a Lexus Songquest winner years ago.

"I really want to support young singers. It might sound cheesy but there is enough room for all of us. It’s exciting to see them start their journey and its an extension of what I do in London."