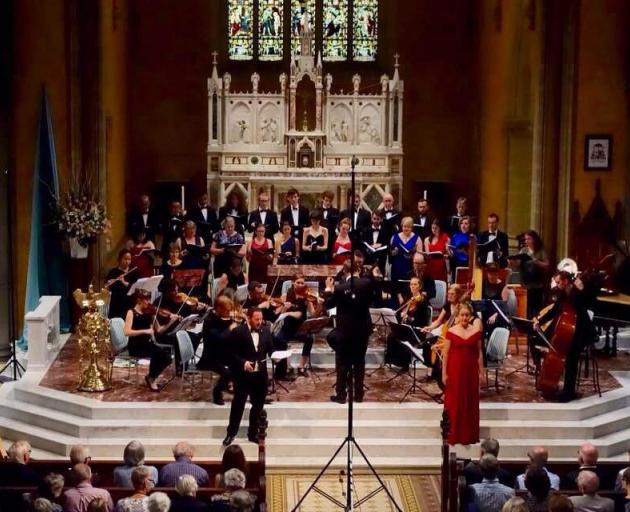 Hannah Irvine performs works by Rameau with Matthew Thomson and the Choir of Newman College. Photo: Supplied
Australian soprano Hannah Irvine was 7 or 8 years old before she listened to any music composed post-1800, so it’s no surprise she feels most at home singing early music. She talks to Rebecca Fox. 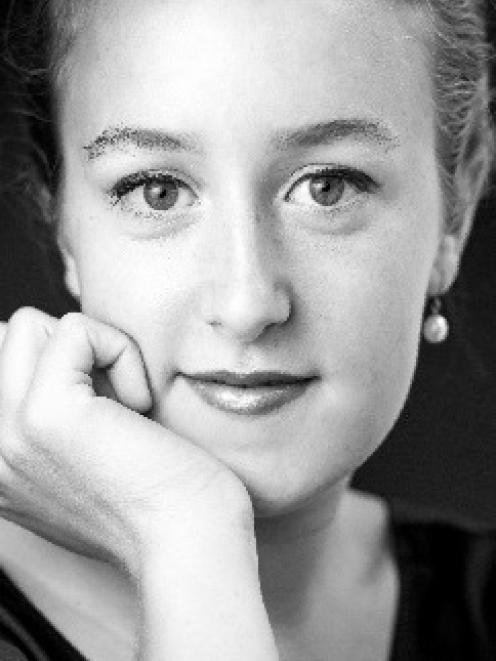 Hannah Irvine
She has opted to make the former her career, leaving her free to sing ‘‘purely for the love of music’’.

‘‘That means I can follow my passion without having to consider anything else.’’

Irvine spends her days working in human rights and constitutional law and her nights rehearsing for performances.

Her love of early music came from her upbringing: both of her parents love music and often played ‘‘beautiful recordings’’ of early music to her and her two siblings.

‘‘The piece I remember most clearly was Pergolesi’s Stabat Mater performed by Emma Kirby and James Bowman with the Academy of Ancient Music, but also heaps of Purcell, Vivaldi, Bach, Mozart, Charpentier and Monteverdi — the first CD I ever got was of the works of Hildegard von Bingen.’’

She does not recall listening to anything post-1800 until she was seven or eight when she heard The Beatles, The Beach Boys and Simon and Garfunkel.

Her early music education led to her starting piano lessons at age 4 and she joined the school choir when she was 8.

‘‘When I was 8 I saw an adult choir perform at primary school and asked the director if I could join and she said ‘yes’. So Mum and I joined the choir.’’

Then she started learning the viola and taking singing lessons.

When she was 11, she met Dr Gary Ekkel, a leading Australian conductor and interpreter of early music who was the director of the choral programme at her high school.

‘‘High school was a time of huge expansion and fulfilment for me musically because I sang so many early music works and I got to work with period instruments and with someone who really understood and was passionate about the stylistic and musical features of that era.’’

Through Dr Ekkel she had opportunities to travel to Europe on a choral tour, sing ‘‘incredible repertoire’’ and play the lead in a baroque opera. She also continued to play viola for a number of school orchestras and chamber ensembles.

With Dr Ekkel’s encouragement, a great programme at school and a ‘‘really beautiful’’ singing teacher it would have been ‘‘crazy’’ not to keep singing, she says.

When it came time to go to university, she chose to study at Melbourne Conservatorium of Music, but half way through her first year decided to take some time out to ‘‘really explore’’ if she wanted a career in music and, if so, in voice or viola.

She continued to practise, take singing lessons and play gigs, including touring China with a opera orchestra.

Her love for singing eventually won when she realised that she loved working with text and languages.

‘‘I find bringing text to life really exciting and challenging, but there is also something so primal and human about making music with your voice.

‘‘It gives me a strong feeling of connection with people around me and who I am.’’

She describes early music — medieval, renaissance and baroque eras — as her ‘‘native’’ music.

‘‘When I sing or play early music it feels so intuitive and natural, and the music is so rich and moving, so it’s very musically and personally fulfilling.’’

She studied French in high school and at university so she loved being able to bring the nuance of the language to music.

‘‘It’s very satisfying to be able to do it justice.’’

Alongside her arts studies, she also studied law — spending eight years at university all up.

‘‘I’m interested in the interaction between governments and individuals, particularly individuals who experience disadvantage or whose values aren’t represented by the majority.’’

As she is passionate about accountability and controls on government power, human rights, constitutional and administrative law are the areas that relate to managing those power imbalances.

In her spare time, Irvine performs with many different groups but is coming to Dunedin with the Choir of Newman College, University of Melbourne, which is touring with New Zealand early music ensemble, The Affetto Players.

On this tour, which has a programme of German baroque music including Bach, Praetorius and Handel, Irvine will be singing Schutz’s Christmas Story.