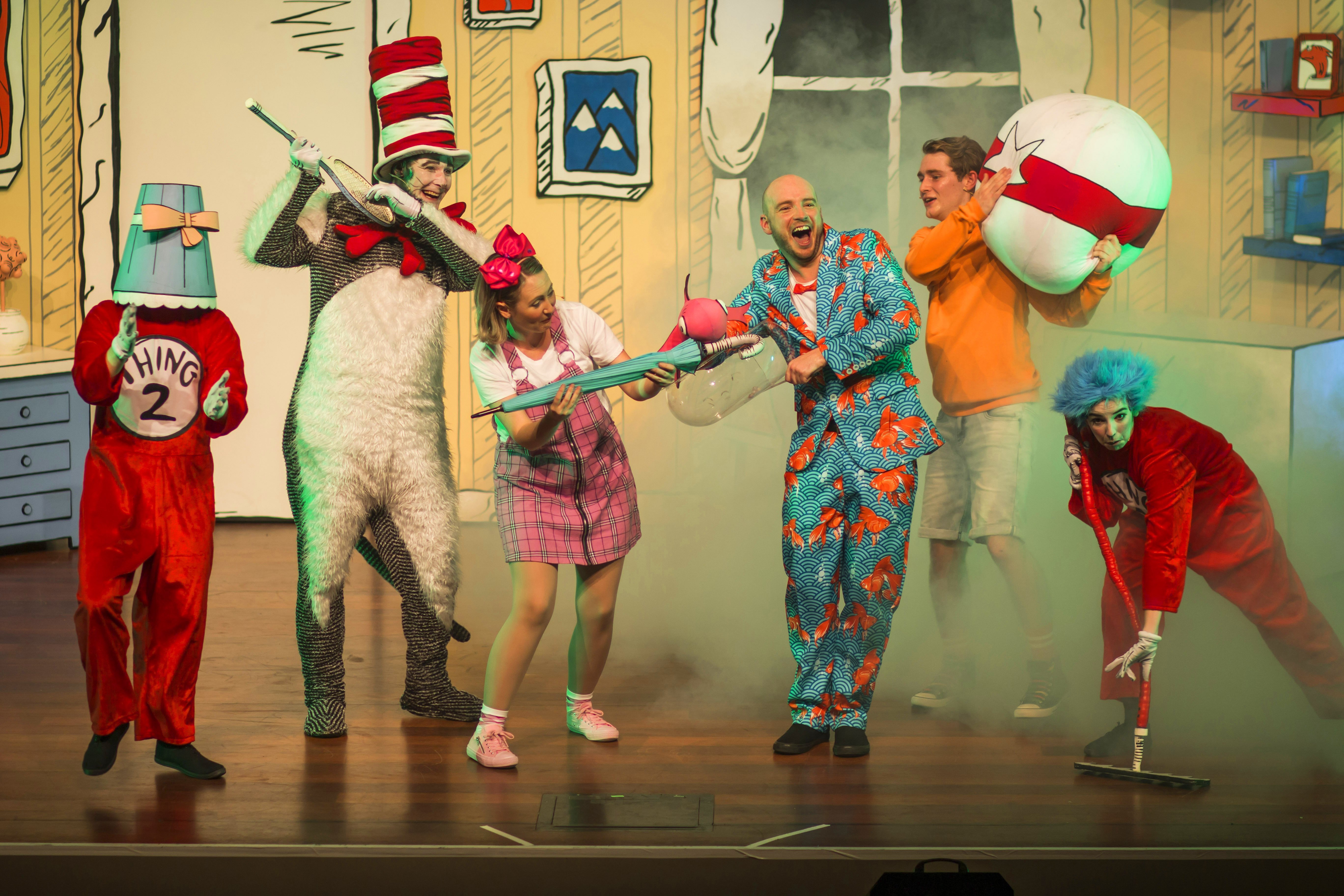 The Cat in the Hat cast can’t wait to get back on stage. PHOTOS: SUPPLIED
As the lights go on at Dunedin’s theatres for the first time since the Covid-19 lockdown closed all venues, Dr Seuss’s The Cat in the Hat will be the first act at the Regent Theatre next week.
Rebecca Fox looks at the pandemic’s impact on the city’s already fragile theatre sector.

Dunedin's theatre sector is at a "tipping point" due to a lack of clarity about future funding and the wait for results of a study into options for a sustainable future.

The Covid-19 lockdown has disrupted the fragile state of Dunedin’s performing arts, which have been under stress since the closure of the Fortune Theatre two years ago.

Many of the city’s theatre companies had been ready to stage shows at the Dunedin Fringe Festival, which was cancelled due to the Covid-19 outbreak. 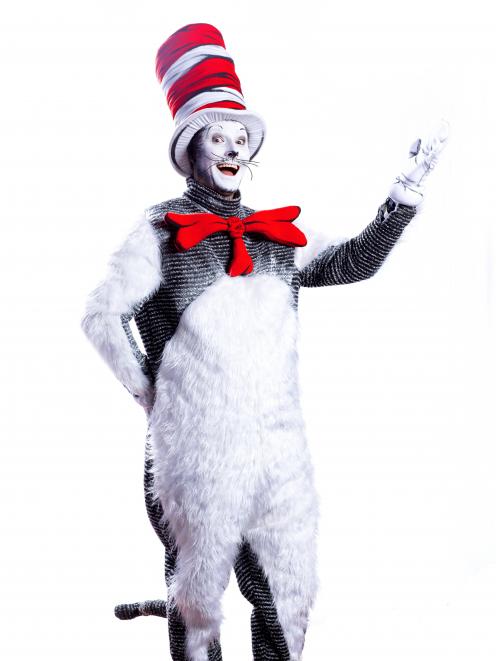 While many of these productions will be staged in coming months, it is the funding of future productions many in the sector are worried about.

Prospect Park spokeswoman H-J Kilkelly says it urgently needs clarity around exactly what funding will be available, through which organisations and within which criteria.

She describes the sector as being at a "tipping point".

"Without concentrated lobbying and advocacy, and assurances of support and investment, we're anticipating the situation getting worse, not better, for most artists in the city."

Even before lockdown, the lack of paid opportunities was forcing many to work outside the region.

Martyn Roberts, a designer and theatre maker who is a member of Wow! Productions, says the sector is in a holding pattern in regard to professional theatre.

"Looking beyond at the next few years will take some planning and consideration around funding opportunities, availability of local talent and audience appetite."

While the release of the Dunedin City Council and CNZ funded Charcoalblue report on the state of Dunedin’s performance environment was a long time coming, the second stage - an analysis of possible venues around the city - is still being worked on.

"But if Dunedin is to have a healthy professional performing arts, we do need to get moving on that Charcoalblue report. "

He was doubtful Creative New Zealand’s (CNZ) Covid-19 response package would be of much help to Dunedin theatre because of the lack of full-time professional productions in the city.

Also to be considered is the impact any recession will have on sponsorship opportunities.

Having secured funding before the lockdown, Wow! Productions is continuing with plans to offer The End of the Golden Weather, later this year.

"Our final work, The Otepoti/Dunedin Project, however, is going to have to be reconsidered for 2021."

The Covid-19 lockdown has disrupted the fragile state of Dunedin’s performing arts, which have been under stress since the closure of the Fortune Theatre two years ago. Photo: Getty Images
DCC general manager community services Simon Pickford said the Charcoalblue analysis was delayed by Covid-19 and the company would "report back when it’s done".

Then the performing arts venue project will be considered by the council as part of its 10-year plan.

The council’s arts funding for the 2020-21 year remains similar to previous years.

The Professional Theatre Fund’s 2020 round was completed in March with $136,000 in funding allocated to seven organisations for new projects.

This fund meant there was only $408,100 available. It was allocated to 20 community and arts organisations last week. Nearly twice that was requested .

DCC events and community development manager Joy Gunn said in her report to last week’s grants subcommittee, many arts groups had been faced with additional sustainability challenges through the lockdown period.

"Meeting operational costs such as salaries, rental and utilities remain an issue for many organisations working within the community and arts and culture sectors."

CNZ had said it would announce plans for Phase 2 of its Covid-19 response very soon.

The Ministry of Arts and Culture is overseeing the Government’s $175 million arts and music recovery package. Deputy chief executive, policy and sector performance Anna Butler says details of the first wave of initiatives will be available this month and then a second wave will come in August or September including the $70 million Creative Arts Recovery and Employment Fund, which will support new creative projects at a national and local level, and the $7.9 million Careers Support for Creative Jobseekers programme.

Suitcase Theatre Trust has re-booked Dear Boobs on Stage, which was part of the Fringe, for September and Prospect Park Products is planning to present Thief and Tableland, as well as script readings from its Breakfast Reading series later this year.

"Despite some concerns about audience comfort in being out and mingling again, the season was relatively well-received, with 42% house," she says.

The Globe Theatre has also rejigged its programme with The Raft, planned for September and pantomime Aladdin in December.

Arcade Theatre spokesman Angus McBryde says it plans to restage the postponed DayBoy and No Exit but will consult with potential audiences before setting dates to see what precautions they want it to take to make the experience comfortable.

Arts on Tour has a children’s production, Kitchen Chaos, ready to go this month across Otago.

It has also confirmed it is staging Daylight Athiest with Michael Hurst, later this month and hosting rhythmic percussion group From Scratch in September.