Coffee hit depends on your genes 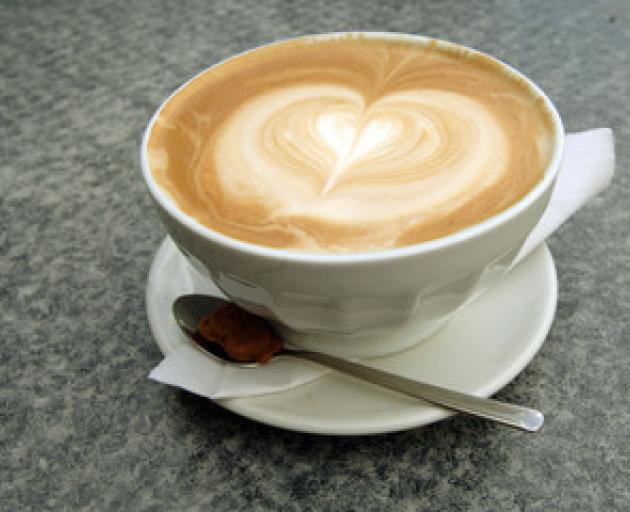 Coffee may actually reduce the risk of some cancers, the World Health Organisation says.

The outlook for coffee drinkers is looking brighter: not only has it been cleared of its carcinogenic status,  people may be able to blame their DNA for their caffeine habit or lack of it, discovers Rebecca Fox.

A gene has been identified by United Kingdom researchers that may determine how addicted people get to coffee.

Researchers have discovered people with a DNA variation in a gene called PDSS2 tend to drink fewer cups of coffee.

Findings suggest the gene reduces the ability of cells to break down caffeine, causing it to stay in the body longer.

This means that a person would not need to consume as much coffee to get the same caffeine hit, the research team from the universities of Edinburgh and Trieste, the Burlo Garofolo Paediatric Institute, the Erasmus Medical Centre and PolyOmica says.

University of Edinburgh's Usher Institute Chancellor's fellow Dr Nicola Pirastu said the results add to existing research suggesting that our drive to drink coffee may be embedded in our genes.

''We need to do larger studies to confirm the discovery and also to clarify the biological link between PDSS2 and coffee consumption.''

The findings come on top of the World Health Organisation recently downgrading coffee from ''possibly carcinogenic to humans'' to a category of items whose cancer risk is ''unclassifiable''.

The panel said that coffee may actually reduce the risk of liver and endometrial cancers. They also cleared it of any role in causing cancers of the breast, uterus and prostate.

However, it did warn drinking it and any other hot beverage too hot may increase the risk of oesophageal cancer. A working group of 23 scientists declared that drinking beverages hotter than 65degC is ''probably carcinogenic to humans''.

The gene study involved looking at the genetic information from 370 people living in a small village in south Italy and 843 people from six villages in northeast Italy.

Participants were asked to complete a survey including a question about how many cups of coffee they drank each day.

The team found that people with the DNA variation in PDSS2 tended to consume fewer cups of coffee than people without the variation. The effect was equivalent to around one less cup of coffee per day on average.

They then replicated the study in a group of 1731 people from the Netherlands.

The result was similar but the effect of the gene on the number of cups of coffee consumed was slightly lower. They thought this could be because of the different styles of coffee that are drunk in the two countries.

In Italy, people tend to drink smaller cups such as espresso whereas in the Netherlands the preference is towards larger cups that contain more caffeine overall.

The study has been published in journal Scientific Reports.