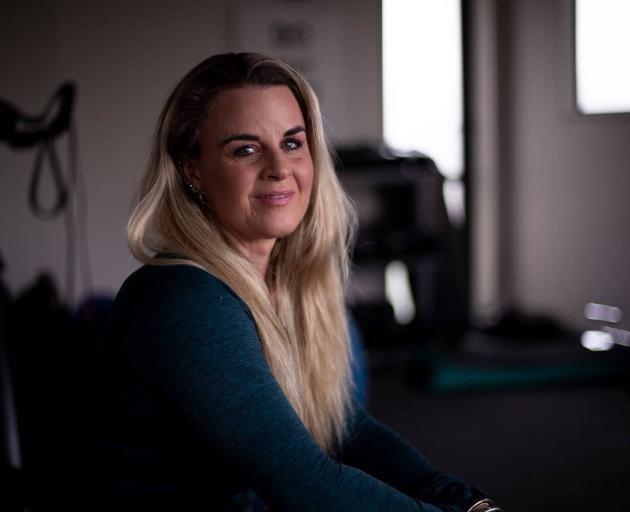 Type-1 diabetic Holly Roberson has received an apology from Gypsy Caravan after eating her own food in the Ponsonby restaurant. Robertson said she realised her blood sugar was getting to a ‘‘dangerously low level’’ so began snacking on pre-prepared kumara salad. Photo: The New Zealand Herald
The Restaurant Association has highlighted the ''critical importance'' of hospitality staff understanding medical conditions after Auckland restaurant staff confronted a diabetic diner.

Holly Roberson visited Gypsy Caravan bar and restaurant, in Ponsonby, in July - when she got into a fight with the restaurant manager for eating her own food at the restaurant.

Roberson has diabetes and when she realised her blood sugar was getting to a ''dangerously low level'' she started to snack on a pre-prepared kumara salad.

However, she was confronted by a waitress and the restaurant manager, who told her she needed to stop eating the food.

''She just kept arguing with me, just saying that I had to put it away; if people saw me eating that they'd bring their McDonald's,'' Roberson said.

''I told her I was diabetic and needed to eat this food now otherwise she needed to call an ambulance.''

After the initial confrontation Roberson approached the manager, and complained to the restaurant.

The restaurant responded with a written statement that disputed Roberson's account and labelled her behaviour ''belligerent and entitled''.

The response also claimed Roberson was ''very aggressive'' and ''trying to impress her friends''.

Dissatisfied by the response, Roberson took her complaint to the Human Rights Commission.

The manager said that she ''should have used more consideration''. She promised to ''do better in future''.

Oberoi, who was not involved in the exchange on the night, admitted the manager's behaviour was inappropriate and vowed to ''make sure this would not happen again''.

After the incident, the manager resigned.

Oberoi explained it had led to other staff being ''scared'', resulting in the tight-knit hospitality community shunning the restaurant and leading to a staffing crisis that the owner described as a ''huge disaster for us''.

According to the eatery's Facebook page, this had led to the restaurant's closure.

''It's critically important for hospitality establishments to train their staff to be aware of common medical conditions to enable them to deal with these kinds of situations,'' she said.

However, she said customers should alert staff to their health needs.

''Most restaurants will have rules in place that prevent customers from bringing their own food, so we would recommend that anyone with a medical condition such as diabetes should notify the restaurant before any food is consumed,'' she said.

''Once the customer has made the restaurant aware of a medical condition, the wait staff should deal with the situation professionally and sensitively.

''In most cases, the restaurant will be happy to supply the customer with the food needed or allow them to consume the food they have brought with them.''

Diabetes New Zealand said it recommended that people with diabetes who are eating their own food in a restaurant ''should advise the staff first that they are doing so due to a medical emergency''.

''If someone tells the hospitality staff they need sugar or some carbohydrate quickly as they have diabetes or a hypo [a low blood sugar episode], the staff need to stop what they are doing and supply them with what they are asking for immediately,'' the group added.

Roberson, a personal trainer, said she would not have accepted a sugary drink or snack, explaining that it would set her blood sugar soaring because she keeps it so tightly controlled.

''It's essential that I have food on me all the time. The fact that I choose that it is healthy food and not lollies is my choice.

''To keep my health and make sure that my blood sugars don't go crazy [and] are kept in a healthy range so that later in life I don't get complications from the disease.''

Roberson was diagnosed with Type 1 diabetes five years ago, only becoming insulin-dependent this year - a delay she credits to her healthy lifestyle and diet.

She said the incident was traumatic, forcing her to revisit a dark period in her life.

''When I was first diagnosed as insulin-dependent I didn't want to live. I've gone through so much grief with this disease.

''I've dealt with all that and I've finally got to a place where I'm accepting of it and managing it and living with it and living the most normal life I can.

''That just brought all that up for me again. You don't treat somebody like that with a disability.''

The Human Rights Commission said that disability is defined very broadly under the Human Rights Act. Service providers, such as restaurants, are prohibited from either refusing to serve or treating less favourably a person by reason of their disability.

In a statement the restaurant manager disputed that Roberson suffered from a disability, saying it was her understanding that ''diabetes is a condition, and not a disability unless there is significant complications related to the condition''.

Roberson said the manager's comments regarding diabetes were ''ignorant'' and having experienced life with and without the condition, she was sure it was a disability.