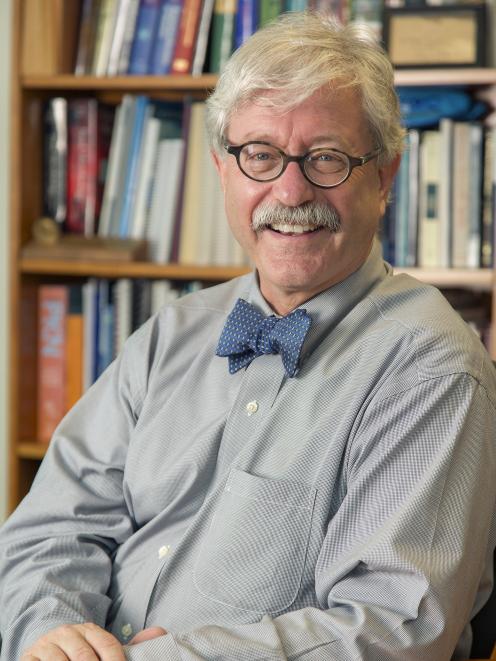 That is not as twisted as it might sound. Tauxe says this it would be good news, as each outbreak is a chance to identify what went wrong and fix it.

''It is a pathway to prevention and improving food safety - it will ultimately make food safer.''

Tauxe, an epidemiologist, is the director of the United States public health body Centers for Disease Control and Prevention (CDC), a division charged with prevention and control of food-borne, water-borne and fungal infections.

The division monitors the frequency of these infections in the United States, investigates outbreaks, and develops strategies to reduce the disease, and deaths that they cause.

He is in New Zealand at the invitation of the NZ Food Safety Science & Research Centre. As well as learning about the latest advances in food safety detection happening in New Zealand, he is also giving public talks about the need for everyone to be vigilant about food safety.

''Just think how many people have had a hand in your lunch.''

Outbreaks of food-borne illnesses had been declining for the past 20 years, but in the last 10 years that decline had flattened out.

In the United States it is estimated one in six Americans (or 48million people) get sick, 128,000are hospitalised, and 3000 die of food-borne diseases each year.

''We decided we needed to up our game and improve our surveillance systems and ability to detect outbreaks.

One of the major issues for countries all over the world is the role of water in food-borne illness.

''It takes a lot of water to produce food - not just the water the animal may drink or the veg may need to be irrigated with, but water in production and water in processing itself.''

Water is used in every step of the food chain, from the initial growing stage to the final wash before eating.

In the United States more effort had been put into treating water from sources such as rivers, lakes and streams, filtering as well as disinfecting it before it goes into mainstream water supplies, which had stopped many of the recurrence outbreaks of water-borne illnesses like cryptosporidium.

''There are lot of people who need to do the right thing for our food to be safe. If there are problems we can see large and unhappy, unpleasant outbreaks.

''So it is critical everyone involved in the food chain - the growers, processors, distributors, preparers and consumers - all take a role.

''They need to realise they are all players in making sure the food is safe.''

That included those who slaughtered meat, bagged salad, carted food, or cut up chicken in a kitchen.

''Everyone in those industries needs to paying very close attention to food safety. Finally we go back to farms. Those working on farms or fisheries or ranches all have roles to play in food safety so the food that is raised and brought to the table is safe.''

''The United States continues to have large and troubling food-borne illness outbreaks that are continually pointing us toward further improvement if possible.

''That includes illness relating to poultry and illness spreading in birds. Also illness that goes back to fresh produce which is an important part of our diets.''

There has been serious contamination problems with lettuce and sometimes fruits, which goes back often to the water used in irrigation, spraying or washing it.

''Making sure water is appropriately clean so it is not contaminated back on the farm before it is put in bags is all part of what is needed.''

One of the weapons in the fight against food-borne illnesses is the use of DNA ''fingerprinting'' of the germs that make people sick.

''We look for people infected with exactly the same strain and focus our investigations on those.''

This has created a database of ''strains'' of illnesses and allowed health officials to identify more and more outbreaks.

While the system had been around for about 20 years, technology had advanced and become cheaper and quicker, allowing the United States to upgrade its systems and equip all states with the ability to genome ''fingerprint'' outbreaks.

This will mean outbreaks caused by ''surprising'' sources will be identified, and those problems fixed and outbreaks caught before they become large.

His division has also been watching similar developments in New Zealand, which he hoped to learn about while here.