Vegan lollies add a touch of colour to the store. Photos: Christine O'Connor
Two years ago Penelope Baldwin graduated with a culinary arts degree from Otago Polytechnic with the aim of educating people about ‘‘bitter flavours’’ with a range of holistic tonics. She tells Rebecca Fox about  the next step in her mission.

The word grocer conjures up all sorts of images to do with pinnies and middle-aged men, but Dunedin woman Penelope Baldwin is out to change all that. 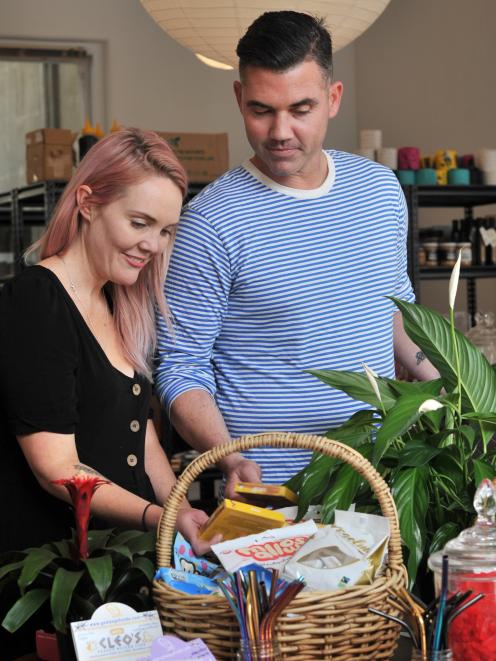 Penelope Baldwin and partner Nick Maguire set up their vegan grocery store.
Baldwin has become a grocer - there might be a pinny involved, but that is where the similarities end.

Along with partner Nick Maguire, she has opened the Kind Grocer, a vegan grocery store at heart but with some extras to come including a takeaway cafe.

It is the culmination of a long-held goal for the trained naturopath, medical herbalist and holistic nutritionist.

When Fresh last spoke to Baldwin she was preparing to graduate from Otago Polytechnic with a culinary arts degree and looking to take what was a class project to another level.

During the course she created Botanical Kitchen, a company that combines herbs and traditional medicine with food.

She began with a range of tonics made from foraged plants and herbs transformed into ''bitters'', a concentrated flavouring with medicinal benefits.

Baldwin has gone on to develop the concept, making plant butters, power boosters and teas.

As well as selling online, she has a stall at the Otago Farmers Market. 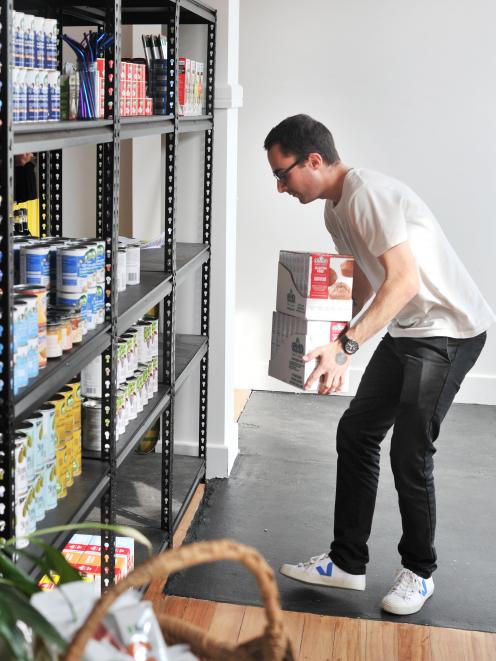 Jarred Bishop, Penelope Baldwin’s cousin, helps out stacking shelves and has created the graphics for the store.
Until recently she had been making the products in an approved kitchen at home but increasing demand led to the realisation she needed more room.

So when the opportunity arose to acquire a space in Vogel St, in Dunedin's warehouse precinct, she and her partner took it, after doing some hard thinking.

They sold their suburban Dunedin home and moved into the city.

''We've put everything into it. We really believe in it.''

They have taken up residence in a two-storey building, making the downstairs shop space fit their dream of having vegan groceries and fresh organic produce sourced locally available in an area where there is no corner store.

Vegans themselves, they were often frustrated at how hard it was to get a variety of vegan products unless they were ordered online.

''What supermarkets have often go really quickly and there's not a lot of choice,'' Maguire said.

Down the line they have plans for a commercial kitchen so they can make the Botanical Kitchen products and also have a small takeaway set up for salads and light meals.

There is also a room for nutritional and naturopathic consultations and space for tea tastings.

The pair are adjusting to their new life as apartment dwellers.

''Something is always going on. You certainly get out and about more.''