Exercise recipe for a longer life 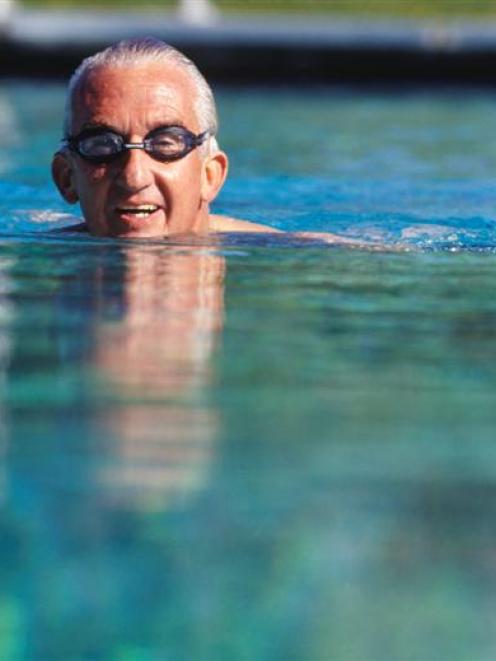 Photo by Getty Images.
You may have heard the advice: "If you exercise, you'll live longer". The good news - or the bad news, if you hate doing anything more active than downloading iTunes - is that it is true.

Research backs this up. A 2007 study in the Journal of the American Medical Association found that fitter people lived longer, even if they had extra kgs around the middle.

Among 2603 adults 60 and older enrolled in that longitudinal study, the fittest people (those who did best on a treadmill test) also had the lowest risk factors for hypertension, diabetes and high cholesterol.

Most of the negative changes to our bodies over time can be chalked up to two things, says Prof Wojtek Chodzko-Zajko, head of the department of kinesiology at the University of Illinois, Urbana-Champaign: normal ageing and disease-related ageing (that is, changes accelerated by illnesses and conditions such as diabetes and heart disease). Exercise, he says, can reduce the severity of both types.

Strength maintenance: Normal ageing results in a gradual loss of muscle mass (about 1% a year) that begins in middle age.

"The link between functionality and longevity may be indirect but more muscle mass allows you to be ambulatory and maintain function, whereas in a wheelchair you can't."

Having stronger muscles - especially leg muscles - and better balance may mean fewer falls, a leading cause of death among the elderly, according to the American Geriatrics Society.

The chemical composition of the artery walls begins to shift, says Douglas Seals, a professor in the department of integrative physiology at the University of Colorado, making the walls more rigid. "That stiffening of the arteries can cause changes in your blood pressure," putting extra stress on the heart, Prof Seals said. Regular aerobic exercise, he said, slows or reverses some of the changes.

People also tend to gain weight as they age, further increasing the chances for developing the disease. During aerobic exercise, muscles take up glucose from the blood and use it for fuel, keeping the body's blood sugar levels low. Exercise also causes the pancreas to decrease production of insulin.

Inflammation control: Inflammation can also worsen as we age and become exacerbated by extra weight, raising the risk for cardiovascular disease, lowering the immune system and paving the way for bacteria and viruses to take hold - even cancer cells to grow.

But exercise may cause a decrease in levels of C-reactive protein, a marker for inflammation. Researchers using cross-sectional data from the Health, Aging and Body Composition Study found that among 3075 men and women between 70 and 79, inflammatory markers were lower in those who had higher levels of exercise and physical activity, as well as those who used antioxidant supplements, regardless of their exercise level.

The 2004 study appeared in the Journal of the American Geriatrics Society.

Brain health: A small study found that older adults who did a minimum of 180 minutes per week of aerobic activity a week for 10 consecutive years had more small-diameter blood vessels with less twisting than a less active group that did less than 90 minutes of physical activity a week.

The vessels of the more active group had a vessel pattern that was similar to those of younger people.

The study appears this month in the American Journal of Neuroradiology.

The research leaves no doubt that activity isn't just meant for the younger years.

"Human beings were active animals on the grassy savannas of Africa with high levels of energy expenditure," said Steven Blair, a professor in the Arnold School of Public Health at the University of South Carolina.

"That's the kind of critter we are. But we're at the point now where we've engineered energy expenditure out of our lives, and that is not good for us."

Studies linking exercise to living longer sometimes leave off the important message that being physically active improves the quality of life as well. "Eat, drink and be merry and die happy - who am I to argue if that's what you want to do?" Prof Blair said.

"But I've never met anyone who has said they want to spend the last five years of their life frail, feeble and living in a nursing home.

"The very best insurance that you can take out to maintain your independence and be able to function is to be physically active."