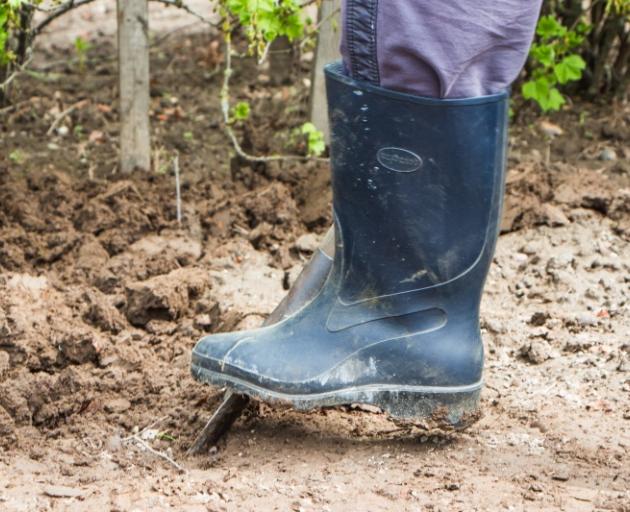 Gardening at this time of the year is limited, as the winter's worst weather usually comes in July and August. Photo: Getty Images

Gardening at this time of the year is limited, as the winter's worst weather usually comes in July and August.

Cold, wet days are an opportunity to look through garden catalogues and order seeds or plants.

This is also a good time to plan where next season's vegetables will be sown or planted, using the practice of rotation.

Although five-year garden diaries are valuable, an alternative is a sturdy indexed book.

Record planting and other information under each alphabetically listed vegetable, noting the date when seeds were sown or plants put in.

Note varieties and, after harvesting, indicate how well each did.

This gives a year-by-year record of the garden, one that is easier to cross-check than a series of diaries.

Green manures, oats, lupins and the like not yet dug in should be cut and turned into the ground.

Soil cleared of crops such as winter cabbage, broccoli and parsnips benefits if it is turned over, too.

Rough digging is the best treatment at this time of the year, with weeds placed under the surface and any spare compost thrown over the surface.

Complete with a dressing of garden lime.

The rate will vary depending on soil acidity but plan on 50g to 100g per sq m, the bigger amount for heavier soils.

Hedges can be trimmed in warmer areas but should be left until later in the year in districts that experience hard frosts or heavy snow.

Soil can be prepared, conditions permitting, before cloches and cold frames are put in place for growing plants under shelter.

If soil clings to tools or boots, the ground is too wet and any work should be postponed.

When the soil has been dug, composted and worked to a fairly fine crumb-like consistency, position the cloches and leave them for three weeks before sowing seeds.

This warms the soil under the cloches.

The more that are used, the better the lift in soil temperature under the individual shelter.

Cloche gardening is suitable for small gardens and strawberries give earlier crops grown in this way.

Pruning roses this month can be risky, as early pruning can encourage them to throw out fresh shoots that will be zapped by frost.

Coastal areas can usually get away with winter pruning but, in general, August is the preferred month for rose pruning.

Until the development of floribunda roses, sometimes referred to as cluster-flowered, hybrid tea (HT) roses dominated garden catalogues of the mid-to-late 20th century.

Originating from crosses between HTs and hybrid polyanthas (polyantha roses crossed with HTs), floribundas are somewhat hardier than HTs but tend to lack the good perfume of HTs, David Austin's English roses or the heritage species.

Cinerarias grown in a glasshouse will be pushing up their flower stems and will benefit from a liquid manure once a week, the day after they have been watered.

Cyclamens can also be started in the greenhouse and brought indoors as soon as the first buds appear.

Tuberous begonias can be grown in pots in the glasshouse until almost ready to flower in summer.

Carnations can also be treated in this way.

Put bamboo stakes into the pots before the young plants, as the flowering stems will need support.

If any fruit trees are still to be ordered, do not delay or you might miss out on a chosen cultivar.

Plant trees and soft-fruit bushes (currants, gooseberries, raspberries and brambles such as blackberries) in well-composted soil to get them off to a good start.

Spending time getting the soil into good shape before planting pays dividends later.

With young fruit trees, avoid letting them crop in their first season.

Instead, let the trees' sturdy trunks and branches develop for better fruiting as they mature.