After the fall - life in a wheelchair 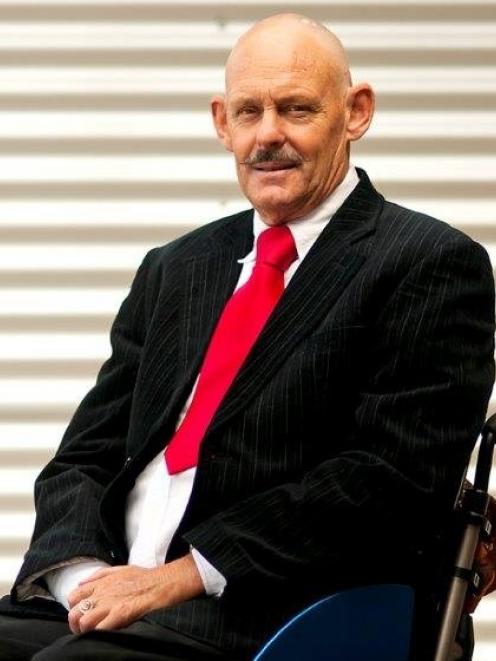 Paralysed after a fall nine years ago, the Whangarei man has clear views on how New Zealand can improve its poor record of workplace accidents: ''We need to have tighter regulations from [the] Government and an organisation that's got teeth to inspect sites, shut them down and start prosecuting people.''

The Ministry of Business, Innovation and Employment is mainly reactive, investigating accidents after they have happened, he says.

''There's very little proactive work being done [in terms of] spot visits or education because the poor guys don't have the staff or the funding to do it.''

He also thinks builders should have to demonstrate their safety procedures as a condition of obtaining building consents.

A former policeman, Brown was semi-retired and working as a hammer-hand when he took an ''innocuous little fall'' 2.2m to the ground from two unsecured planks resting on deck framing.

After landing on his head, he heard a crunch as his neck broke and felt a burning sensation as his nerves turned off and he was paralysed from his armpits down.

At that time, there was no safety culture in the construction industry, he says, adding that on the many occasions he had complained to his workmates and his boss about not having proper scaffolding he had been laughed at and told to ''harden up''.

There was no hazard register on site, nobody was trained in first aid and there had been no instruction on the correct use of tools.

''There was general bravado that the higher you worked, with the minimal amount of safety, the bigger the man you were ... Safety was not a priority at all. The main priority was getting the work done.''

Since then, the country's bigger building firms have started to adhere to safety regulations, the 61-year-old says.

''But it's the small, one-, two- and three-man bands who are still lagging way behind. They see compliance as an extra cost ... and they don't build these factors in when pricing jobs.''

As an industrial-safety speaker, Brown wants to change a culture of : ''She'll be right and it won't happen to me'' and to explain the reality of having survived a near-fatal accident.

He now lives ''24/7'' with caregivers, who do everything from cutting up his food to showering, toileting and dressing him.