Confident in the district's future 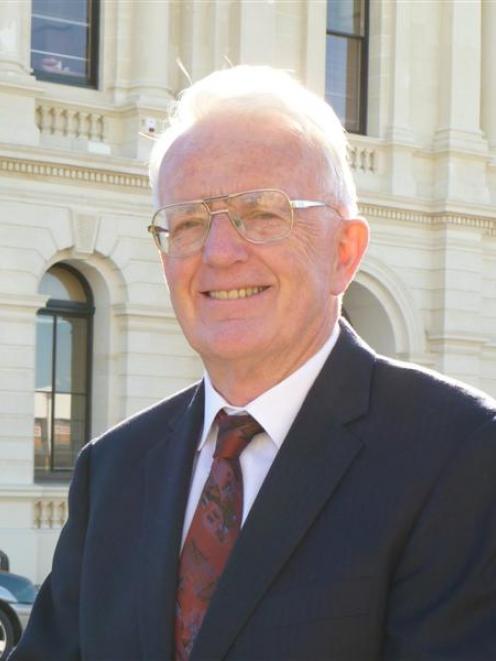 Prudence has been Alex Familton's catch cry as Waitaki mayor.

It was the main plank in his winning campaign for the mayoralty in 2007, and repeated in last year's election.

He headed into campaigning at the last election backed by a 2.65% overall increase in rates by the Waitaki District Council, the lowest rise of any Otago council.

This year he has backed that up with a draft rates rise of 4.55%, which Mr Familton is confident can be reduced to 4% or less.

The rise looks even better when you consider that about 2% of that is a result of government legislation lifting drinking standards for water, forcing the Waitaki council into spending about $21 million over the next four years upgrading water supplies. Without those upgrades, the rates rise would have been closer to 2.4%.

Mr Familton wants to see that prudence continue, particularly with tight economic times likely to continue well into next year.

At the same time, he wants that mixed with affordable projects to keep the district progressing.

With one term as mayor already completed, Mr Familton is finding the going easier. He feels he is achieving more as a result of his experience.

But he also acknowledges the support he is receiving from his new council, more than a majority elected for the first time. That council has shown a willingness to carefully consider balancing the projects that can be done with the prudence that needs to be shown.

"In all this, we have to bear in mind we are still in a recession and the events in the past year in the South Island have set a new challenge," he said.

Those events - the Pike River tragedy and two earthquakes in Christchurch - he ranks as the worst thing about being mayor during the past 200 days.

The biggest surprise was the Government putting up $2.75 million for the Alps 2 Ocean Cycleway.

If the joint Waitaki and Mackenzie District Councils were trying to get that funding now, Mr Familton believes it would be difficult.

"We probably just crept over the line with the cycleway."

He said it was already evident the Government was tightening expenditure, partly because of the recession compounded by the Christchurch earthquakes, and funding for anything would be more difficult in the future.

"Government funding, understandably, is going to dry up. We are already seeing those pressures with a reduction in our roading subsidies.

"All government departments are going to be closely scrutinising what they are allocating [to local government]," Mr Familton said.

However, Mr Familton is confident in the future of the district, particularly as a result of increases in irrigation and dairying, which have reduced the impact of the recession.

He sees irrigation, with the North Otago Irrigation Company bringing its second 10,000ha stage on line, as vital to the future.

The council invested $10 million into the first 10,000ha of the scheme and has already received $1 million back before the due date.

The big task facing the council is the preparation of its long-term plan for the next 10 years, including tackling the issue of fairness of rates.

Like most local authorities, it is under pressure from a farming sector that feels it unfairly bears the rates burden.

Mr Familton said all propositions and options would "be on the table" in that review.