The costs of our carbon-intensive ways are about to start mounting up. But there is a better way, writes Scott Willis. 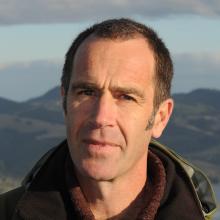 I’ve heard dieting is hard work, but it is time to start on a serious diet, and this one could do some serious good!

Recently it was reported that government officials briefed incoming Energy Minister Judith Collins on the probable cost of paying other countries to reduce their own emissions via the purchase of carbon credits. We’ve signed up to the Paris Agreement as a country and we aim to meet our climate commitments by buying carbon credits offshore.

Carbon trading is a market system to buy and sell permits and credits to emit carbon dioxide. Rather than reduce emissions at home, we intend to pay others to reduce their greenhouse emissions and to buy their "credits". As Prof Kevin Anderson, professor of energy and climate change at Manchester University has pointed out, this is like "paying a poor person to diet for us". We’d continue to build roads and airports but pay poorer countries to do good things, such as build wind and solar farms, or electrify their transport systems. While that might give good development outcomes, it won’t help address our morbid carbon obesity.

New Zealand is expected to have to spend at least $14 billion over 10 years on the purchase of international carbon credits. That’s $1.4 billion each year taken from the general tax base, sent overseas. Now I don’t know about you, but that doesn’t seem like a good idea to me.

Firstly, there’s the financial risk. Our obligations are set to begin in 2020, three years from now, and we won’t be the only ones looking to buy our way out.

The aviation industry, for example, doesn’t intend to stop flying, and will be buying international credits. We don’t know yet how many other countries will try to buy their way out either. So we might be facing a $14 billion bill or it might be much larger.

Secondly, there’s the reputational risk. We market ourselves as "clean and green", but  will the rest of the world swallow that when we are known to be relying on credits to meet our Paris obligations?

So there’s risk in heading down this path, but what about the opportunity in going on a strict carbon diet? In a paper titled "Transitioning New Zealand to Renewable Energy", to be presented at the Electricity Engineers Conference later in June, the amount of new electricity generation required to electrify the economy with renewables, and thereby reduce our greenhouse gas emissions, has been quantified, and the answers are  exciting.

Ian Mason, Harry Gates, Henna Chua and Allan Miller, authors of the paper from the University of Canterbury, have looked at electrifying our whole transport system, and all industrial and home heating.

That would mean electric trains, buses, cars, e-bikes, and trucks.

That would mean no more coal being burnt in milk-powder factories to make milk solids, no more coal and gas heating schools or office buildings.

That would mean a reduction in air pollution, with a reduction in respiratory problems and an end to coal mining, with its huge environmental scars and local as well as global emissions. And it would mean a huge economic stimulus with new technologies and a massively expanded electricity sector.

Wind is better matched with our electricity demand than solar, and doesn’t need such care around storage but there’s great interest in solar and plenty of capacity for expansion. With the right policy support we have the potential to increase from 0.1% at present to solar in double digits.

We’d need more geothermal as well to take us to a 100% renewable electricity system, even if there are some emissions associated with geothermal. Look for example to the West Coast where a recent geothermal discovery near Whataroa could "provide a significant and sustainable clean energy resource that could be developed using local people and equipment" (ODT May 18).

If we spent $1.4 billion per year from 2020 (and why even wait until then?) on doing the conversion to a zero emission economy locally, we’ll either meet our Paris commitments by 2030 or be well on the way, all the time while investing in our own economy and our own wellbeing and our own reputation. This low-carbon diet is a strategic issue for the whole country to consider. We’d be freed from oil import dependency (currently we import about 97% of our oil) and all the risk associated with that. We’d keep all the coal in the ground, and provide many more rewarding jobs.

New sectors would be developed: undoubtedly there’d be some offshore wind farms and quite probably tidal power in Cook Strait. Batteries, to manage the variability of renewables might be installed at the household or at the substation level, or might be mobile batteries in the form of our own electric cars. Of course chemical batteries will help manage electricity flows but won’t play a major role in storage to get through the seasons and years. For that we have our great hydro lakes.

Most of all, addressing carbon obesity here in New Zealand is an opportunity to provide employment in the service of a healthy life-giving environment, via new services and better technology. Here in Dunedin I’m excited by the important part we can play. The Energy Leaders Accord brings together our major institutions and organisations to collaborate on reducing emissions. The city is a signatory to the Compact of Mayors, a "global coalition of city leaders addressing climate change by pledging to cut greenhouse gas emissions and prepare for the future impacts of climate change".

Our own Blueskin Resilient Communities Trust is working to establish a community wind turbine and a local smart grid incorporating EVs as mobile batteries. Think how much more we could all achieve if we invested seriously in electrifying our economy: we could do away with carbon obesity in our economic system forever!

• The paper ‘‘Transitioning New Zealand to Renewable Energy’’ will be available on the website of the Electric Power Engineering Centre after June 23 (www.epecentre.ac.nz)

• The Electric Power Engineering Centre newsletter has some interesting articles on the topic.

• As a Compact of Mayors signatory, the DCC has committed to measuring greenhouse gas emissions, setting and reporting against reduction targets and adopting an action plan (www.compactofmayors.org/cities/dunedin)

• The referenced talk by Professor Kevin Anderson is available at /www.youtube.com/watch?v=jIODRrnHQxg