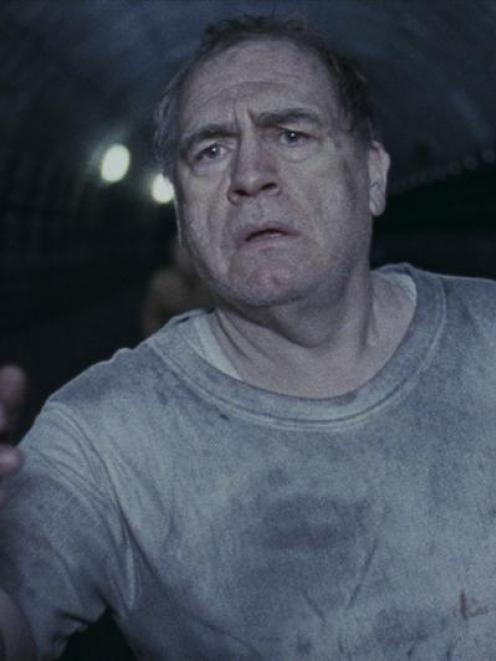 Veteran British actor Brian Cox stars as Frank Perry in 'The Escapist'.
For his debut feature 'The Escapist', British director Rupert Wyatt has given the prison-break film a fresh twist, writes Shane Gilchrist.

Rupert Wyatt has always been a fan of the prison film, be it the detailing of French efforts Le Trou and Papillon or the emotion of the more recent American production The Shawshank Redemption.

Now, there are more than a few fans of his take on the genre.

The Escapist opened in the United States last month following an initial showing at the 2008 Sundance Film Festival and has garnered favourable reviews.

Indeed, a film based on the well-tested prison escape theme has given Wyatt his big break (excuse the pun).

"The great thing about The Escapist is it has given me the chance to get things made now. The reception has been very good . . .

"There was a chance I might never crack it, because it's a tough gig getting the first feature off the ground.

"Now, it's a case of when something comes next, rather than if," Wyatt explains from his Los Angeles home earlier this week.

The key to working in an old genre is to give the audience something new, he says.

Hence, Wyatt has ditched the slow-burn build-up in which prisoners hatch then enact their escape plans.

In its place is a narrative in which the depiction of everyday prison life runs parallel to the escape action.

It's a mix-and-match approach that, despite an inherent danger of giving the game away (it doesn't, by the way), adds to the tension.

Wyatt's stylistic choice also provides plenty of contrast: the pace and energy of the unfolding escape versus the almost static routine of life behind bars.

One constant, however, is a script as spare as the inmates' surroundings.

"It was always our intention to be far more stripped-back than a lot of contemporary film-making is - particularly Hollywood films, which really spoon-feed the audience," Wyatt says.

"You can fall short and go too much in the other direction and confuse and alienate an audience by not telling them enough, but I think to give an audience the opportunity to understand these men by way of their actions, rather than their crimes or their backgrounds, makes for a much more visceral film."

Crucial to the success of a film short on words is to find actors long on talent.

Enter British stage and screen veteran Brian Cox, who first brought Hannibal Lecter to the screen in the 1986 movie Manhunter and has appeared in more than 50 feature films, including Adaptation, The Boxer, Braveheart, Match Point and The Bourne Identity.

Wyatt says Cox's involvement has been crucial to the entire project.

Having worked together on a short film, Get The Picture, Wyatt and Cox discussed a feature, the actor suggesting the director write a role for him.

Given Cox's stature, it was an offer too good to ignore. (The inclusion of Cox attracted fellow award-winning actor Joseph Fiennes - as prison brawler Lenny Drake - which in turn helped secure financing for the film.)

The Escapist is built around the character of Frank Perry, played by Cox.

The story is ultimately about Frank's redemption, rather than just his attempts to escape prison.

"Brian Cox's advice was to go away and think of something that was contained.

"He did that because he realised that in order to tell a story the way we wanted to, we needed to do something that, budgetarily, made sense, that wasn't too ambitious.

"And you can't get more contained than in prison. I talked to a few ex-convicts and read quite a bit on the subject. I never set out to make a documentary.

"I needed to take licence where I needed to, but in terms of creating a sense of threat within the prison institution, 80-90% of the actors in some scenes were ex-convicts.

"Our casting director went to a parole office.

"There was definitely no need to direct them in terms of how convicts would act in everyday situations within prison."

There's no denying The Escapist is a dark story.

Institutionalised brutality and a loss of hope are key strands; thus it's no surprise that daylight is a rare treat.

"The idea was that this was their own world, that these men were so far separated from reality that they had created their own place in time.

"The film takes on quite a retro feel at times because this is a man who has been in prison for a number of years.

"The outside world ceases to exist in a way," Wyatt explains.

"It was always my intention with The Escapist to make an action film that was also a human drama.

"My initial idea for the film was about a man raging against the machine, fighting the system. I think that is well served by setting it in a prison."

• 'The Escapist' opens nationwide on May 28.