With the future in mind 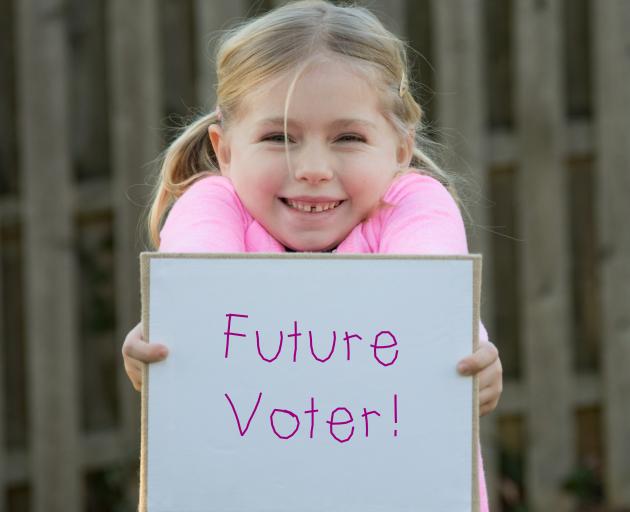 If the voters of the future could be polled today, what issues would they want us to act on now? writes Colin Campbell-Hunt. 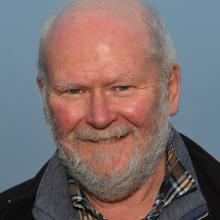 One of the great truths about greenhouse gas emissions and climate change goes like this: previous generations did not know about it, and future generations will be powerless to stop it, so the responsibility for controlling emissions rests squarely with us.

Two weeks from today we will vote for a government that will have the power to fulfil our collective responsibility to future generations. We will be voting for all sorts of reasons, but the people who are going to be most affected by the centuries of climate change to come will not be voting at all.

However, some of these people are alive now and well known to us: our children and grandchildren. In 30 years time they will be voting in the 2047 elections, with just three years left to meet the target of reducing the world’s carbon emissions to near zero by 2050. So ask yourself — or ask them — what they would want us to do now so that we do not leave them with an impossible task and having to face the real possibility of a world radically and dangerously altered from the one we have enjoyed.

Reviewing these columns since the last election three years ago, I feel sure that our 2047 voters would be asking for change. They would be asking for a commitment to reduce New Zealand’s greenhouse gas emissions that is proportionate to the challenge.

Our offer last year to the Paris conference of a 30% reduction by 2030 from 2005 levels looks quite good. But relative to the 1990 baseline for international commitments the reduction is only 11%, about half what is needed if we really are going to get emissions close to zero by 2050. Worse, we plan to deliver two-thirds of the required reductions by buying offshore credits to the value of $1.4 billion a year, allowing actual emissions within New Zealand in 2030 to increase, yes increase, by 25% over 1990.

Worse again, by 2006 our emissions were already 23% above 1990 levels and have barely reduced since. So we are really asking the international community to allow us to do nothing until 2030. They are not impressed. Our offer at Paris is rated inadequate by Carbon Tracker and has been roundly criticised in meetings of the UN Foundation Convention on Climate Change by two of the biggest players of all: China and the EU. Our 2047 voters would also be troubled by the obfuscations that have characterised our declared positions on emission reduction: targets that look good but are not; and the very dodgy accounting for the Kyoto accord by which we transformed an increase in emissions into a reduction.

Our 2047 voters would also be unimpressed with many of the policy settings that are now in place in New Zealand, policies that impede the necessary transition to a low-carbon future. We have been increasing our subsidies for oil and gas exploration and have been selling more offshore exploration rights. The principal policy mechanism for discouraging carbon emissions is an emission trading scheme (ETS), but it does not apply to the agriculture sector that produces half of the country’s emissions. Nor will it apply to industries that are "emission intensive and trade exposed" and have been given free emission credits: steel, cement, lime, plaster, meat and dairy.

Since 2005 our forests have been reducing and with it their capacity to absorb carbon. By 2013 removals of forests made up fully one-third of New Zealand’s gross emissions of CO2.

There can be little question that 2047 voters would tell us that more of the same will not do. So what kind of policies would they be looking for? Policies that will have become the norm by 2047 and will be within a sniff of achieving zero emissions by 2050. Here is a suggestive list. You will find several of these in the Net Zero by 2050 scenarios developed for a cross-party group of MPs and published earlier this year.

First, they would look for a clear and binding cross-party commitment to reducing our emissions to zero by 2050, or perhaps 1 tonne per capita by comparison to the 18 tonnes now. The commitment would make it illegal for any government to depart from a schedule of targeted reductions in emissions, as is  the case under the UK Climate Change Act. Mitigating climate change will require sustained effort over decades and must be protected from the short-term pressures that otherwise dominate political decisions.

Second, they would be looking for transparency. A healthy democracy requires full information and we should not have to rely on leaks to be told, two weeks before the election, of a Ministry for the Environment April report that identifies risks to 133,000 residents in low-lying areas, 43,000 houses, 2000km of roads, 46km of railways and five airports.

Third, they would be asking for immediate shifting of government promotion and support from the old carbon-intensive economy to the renewable-energy future. They would want to see support for electrification of the transport system in all its forms from EVs to rail. They would want to see plans to close down coal mines and coal-fired electricity generation, and support for installing substitutes for coal in industry (especially steel, cement, dairy, and meat). There should be an end to all oil and gas exploration within New Zealand and its marine economic zone.  There should be encouragement for investments in renewable energy generation and energy conservation in buildings, industry and transportation.

Fourth, they would be looking for policies to turn around the decline in our forests that began in 2005 and is predicted to continue "well into the future". Net Zero by 2050 concludes that up to 1.6 million hectares of new forests will be needed to get carbon out of our lives by 2050.Fifth, they would ask that market-based incentives such as the ETS be applied equally to all sectors of the economy, including agriculture.

Finally, our 2047 voters would probably accept that there will be significant costs in making these transitions. Assets that are tied to the carbon economy or located in vulnerable areas will lose value and may well become worthless.  They will be looking for policies that moderate losses to owners of these stranded assets. For example, some level of support for agriculture to move away from high-emission land uses such as dairy. To reach its target, Net Zero by 2050 has to reduce animal numbers by 20%.

No party fighting the 2017 election is offering anything close to this policy platform and our 2047 voters would no doubt wish that we were taking the challenge of climate change more seriously. But if we cannot do everything they would ask of us right away, they would surely ask us to get started. Now.

So after you have voted on September 23 do let your disenfranchised children and grandchildren know how much you have done for their future.

Children's Charter, or 'We don't want No':