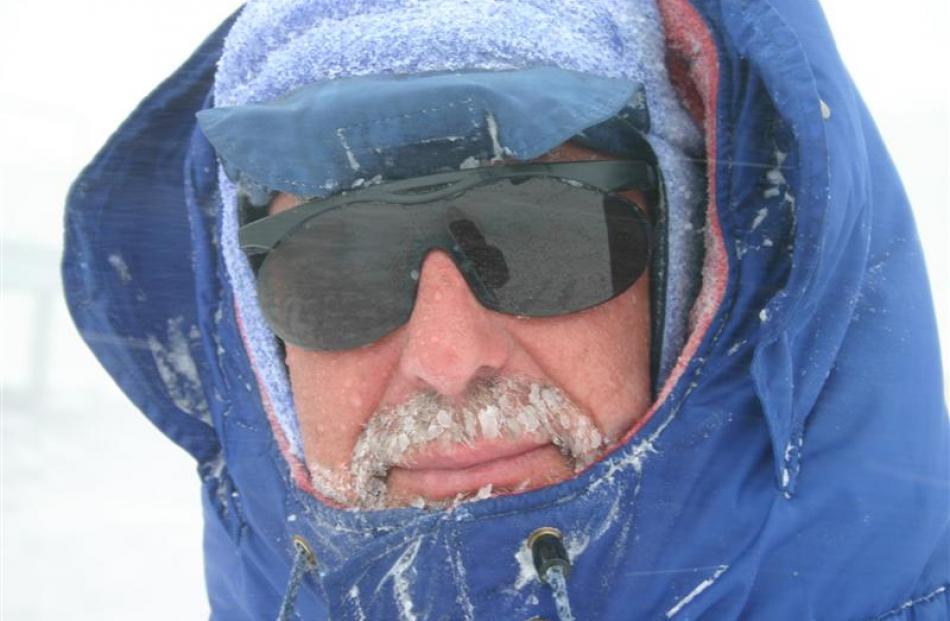 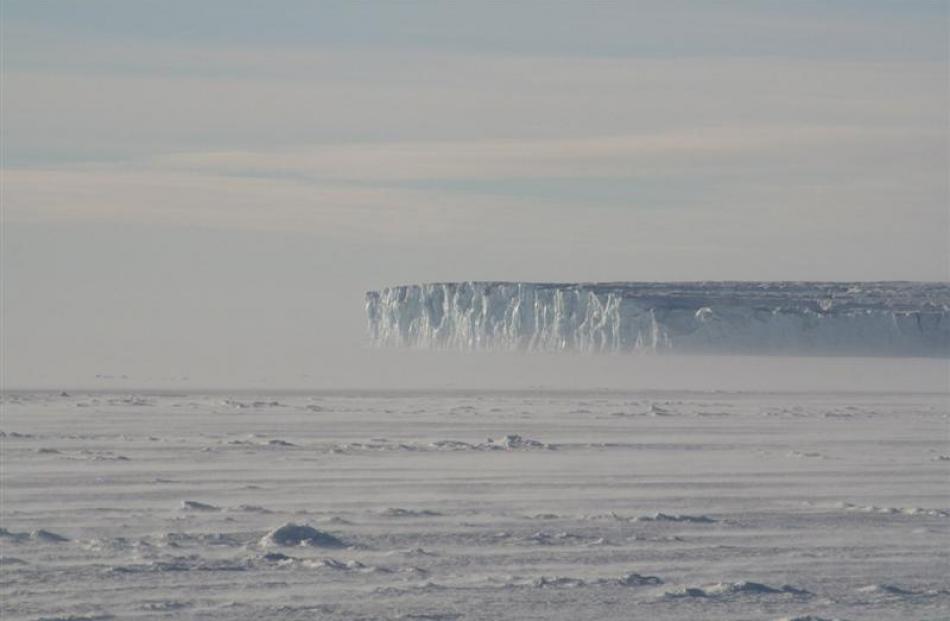 The Barne Glacier, between Cape Evans and Cape Royds. Photo by Grahame Sydney. 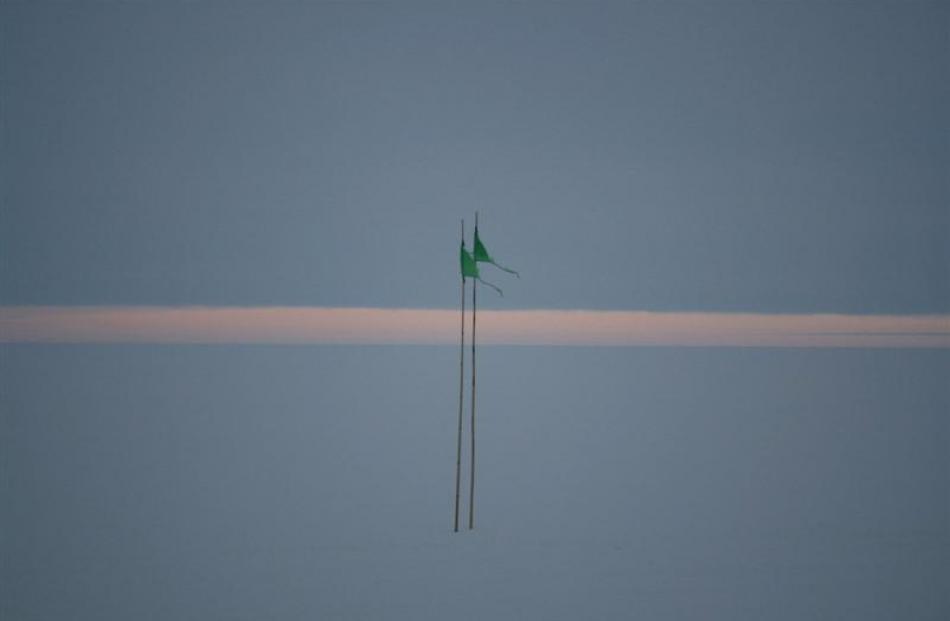 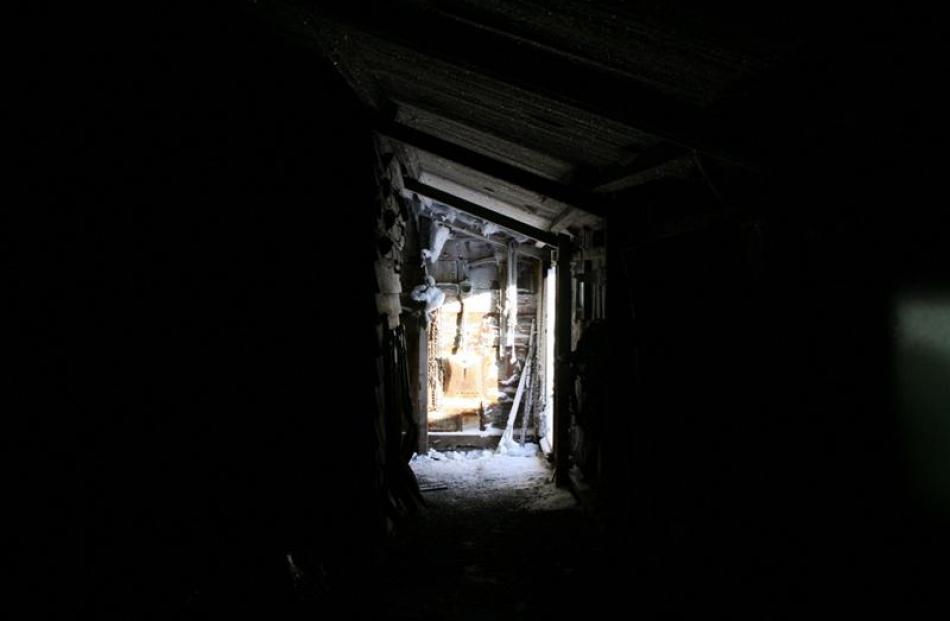 The Antarctic is a place of absences rather than presences, something that resonates with Grahame Sydney. Charmian Smith talks to the Central Otago artist, best known as a painter, about his first book of photographs, White Silence: Grahame Sydney's Antarctica

Anyone can take wonderful photographs in the Antarctic because the place is so spectacular, but Central Otago artist Grahame Sydney wanted to put his own artistic stamp on the photographs he took.

"The really interesting challenge is how do you come away from a place like that which is so fabulous and made for image making - no matter which way you point there is something extraordinary and will make an extraordinary photograph, but it won't necessarily make a photograph that will be mine," he says.

Over 30 years painting his distinctive works, Sydney has become aware of "a nefarious personality inside the frame". Although he does not attempt to explain how or why it happens, he is fascinated by the particular artistic personality that manifests in an artist's work. He wants his to show in all his work, whatever the medium.

"Obviously, it's instinct at work. It's your instinct being allowed full voice and I've learned to trust that instinct over the years and believe in it - believe that if there's any quality that's attached to what I do, that's where it comes from.

"For me, the challenge was how the hell am I going to do justice to my own well-developed artistic character or personality and avoid the clichés that everyone else naturally takes."

Sydney first went to the Antarctic in November 2003, then again in October 2006 at the invitation of Antarctica New Zealand. Since his school days he had admired the early, heroic explorers, Scott and Shackleton and their teams, especially scientist and artist Edward Wilson and photographer Herbert Ponting on Scott's expedition, and photographer Frank Hurley on Shackleton's expedition.

On his first trip, Sydney took painting and drawing equipment but soon realised his usual method of making drawings to paint from later would not work. The brush hardened, paper blew and fingers were threatened with frostbite within a minute or so.

Earlier painters like Wilson painted in their huts, and a few other visiting New Zealand artists have managed to paint quickly outside in December or January, but in October and November, when Sydney was there, it was impossible.

Even taking photographs had its problems. Cameras had to be kept under heavy clothing so they would not freeze.

"You have to work pretty fast, otherwise your hands just go numb. They go solid as wood and you can't have the same dexterity you sometimes need. You get used to the cold and turning your back on the wind and getting your gloves off, having decided what to take."

There are a few shots in the book taken in a blizzard, the worst experienced on the ice for 10 years, he says. One of the worst problems, even in relatively calm weather, was the constantly blowing ice particles that got on the lens and into the camera sensors, making it almost impossible to change lenses outdoors.

Sydney first became interested in photography in his teens in the Kings High School camera club in the 1960s when the late, inspirational Reg Graham taught him and his fellow pupils the "rudiments of composition, cropping and awareness of the world inside the frame", he writes in the introduction to his book White Silence: Grahame Sydney's Antarctica.

"Photographs are about stolen moments, instantaneous decisions about what to take and what not to take. That's more appropriate than pretending to make an art out of something for which you have a very shallow knowledge and experience," he says.

Feeling like a tourist on his first trip to the Antarctic, he thought it would be pretentious to make paintings simply because the landscape looked so wonderful.

"I like paintings to come out of an absolute emotional connection and that builds up over a long time - years and decades sometimes."

Building that sort of relationship with the Antarctic landscape was not possible, although it resonated so well with him.

"I absolutely felt comfortable there, aesthetically. For someone like me who likes those skeletal things and absences and reductions, it was really beautiful," he says.

"If I went to a jungle where it was all luxury and richness and cranked-up, exaggerated colour and lushness - I've never been interested in lush. I've always been interested in austerity and reduction and things being pared back to very essential elements."

In October in the Antarctic, the sun didn't set, nor did it rise much above the horizon, yielding beautiful sunrise or sunset light effects all day and night.

Working on photographs after more than 30 years concentrating on painting has made him realise what each medium can offer that the other can't.

"That's been an interesting dimension for me. It's helped me sort out what I want the paintings to do and how separately I want the photographs to exist, all the time with that same hand evident.

"Paintings are more objects of contemplation and have to contain more, because people expect them to mean something now, and in 10 years time, if they are good enough, see if they still mean that or maybe something else," Sydney says.

"Paintings grow in my world out of study and a lot of thought and observation. A camera you can swivel around and take all sorts of things, but a painting - you have to bring everything to it that you want it to contain and leave out what you don't want it to contain."

Sydney says he believes the magic of photographs is that they can do something even the human eye cannot do - stopping action - something it is not logical for a painting to do.

Although Sydney shoots digital images, he does not adjust them on the computer - that's when photographers play at being painters, he says.

Sydney's next project, due out this time next year, is a documentary film and book about the Old Dunstan Road, another landscape he thinks is unforgettable and largely unknown, which he hopes to show in his own particular way.