A Chinese gambling operation in Walker St (now Carroll St), in 1904. PHOTOS: SUPPLIED
Every Saturday night as thousands of New Zealanders hold their Lotto tickets in eager anticipation of becoming overnight millionaires, few would realise they are part of a tradition that goes back to Otago’s 19th-century Chinese gold seekers.

The Chinese penchant for games of chance is well known and Chinese miners from Guangdong brought several forms of gambling with them to New Zealand in the 1860s. These continued "underground" right through the 20th century, despite tight government controls on gambling that made them illegal. 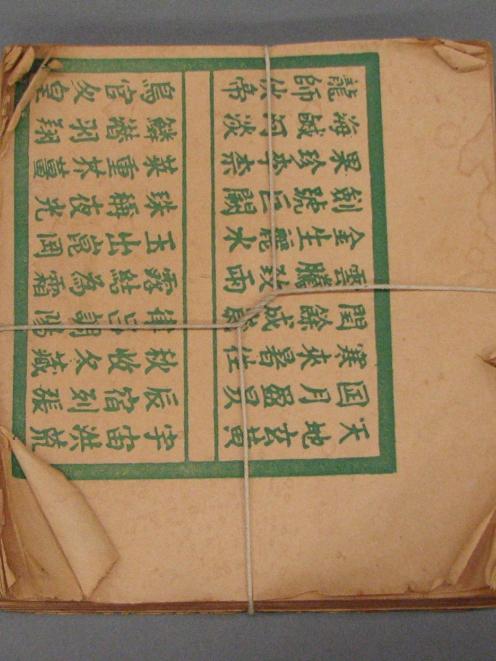 A stack of unmarked Pakapoo tickets.
One such game was Pakapoo, a lottery game based on the first 80 characters of a famous four-characters-per-line prose poem by Qian Zi Wen from the Liang dynasty (502-557). No characters are duplicated in the poem; so there are 80 different spots on which players could bet. A player won if his choice of characters matched the winning characters.

For those in the know, Pakapoo tickets could be purchased in Dunedin’s Chinese quarter, around Stafford St. Customers could have included Allan Highet, who grew up in the city and attended the University of Otago in the 1930s.

By the early 1980s he was the Auckland-based Minister of Internal Affairs in Robert Muldoon’s government and keen to introduce a new numbers game called Lotto. It was loosely based on the Pakapoo game. Robert Muldoon vetoed the scheme, fearing its impact on the horse-racing industry.

However, Lotto was subsequently introduced by the David Lange government in 1987. It was an immediate success and has since become a staple of New Zealand life.