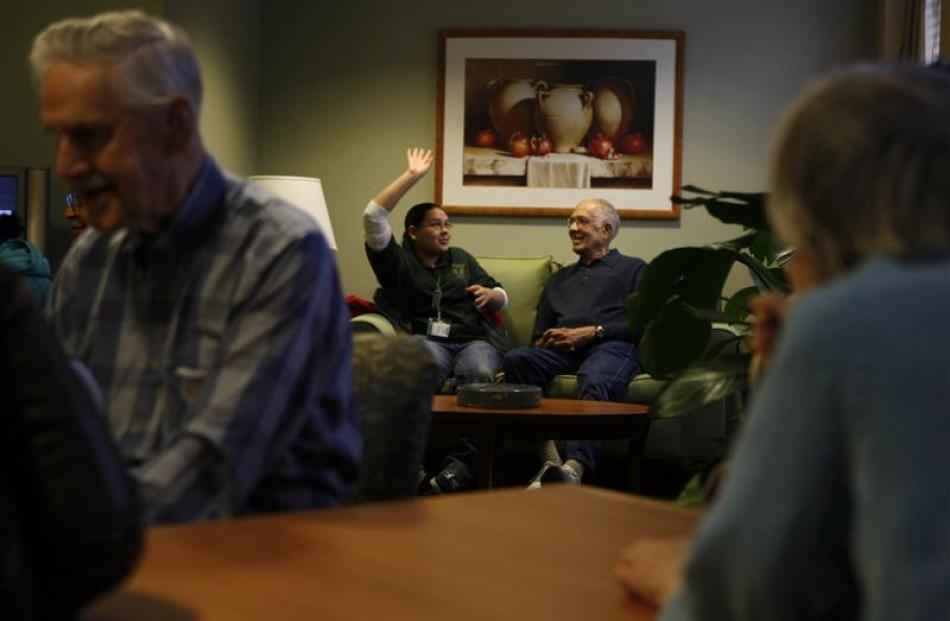 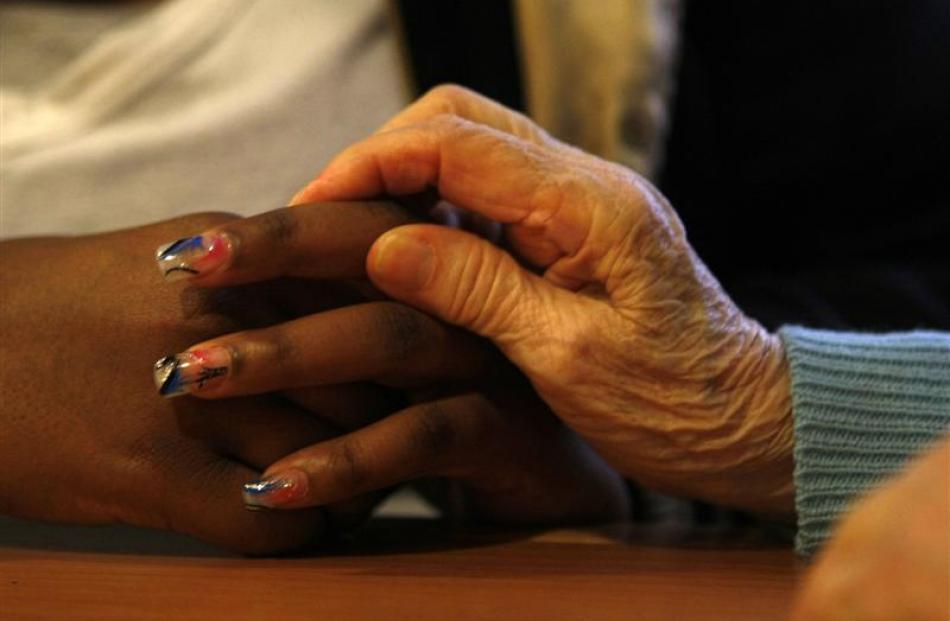 An experiment in pooling the pathos of the frail and the disenfranchised is creating unlikely connections, reports Ted Gregory, of the Chicago Tribune.

As the school bus lumbered to a stop outside the mid-rise in Chicago's Hyde Park, one of the 10 pupils on board blurted out the thought that had preoccupied most of them since the start of their journey about 20 minutes earlier.

These pupils attended one of Chicago's most troubled high schools - Bowen Environmental Studies Team (Best) - where only 7% of pupils passed state competency exams in 2008 and where more than 95% live in poverty. Last year, five teens were killed in the gang-ravaged South Chicago neighbourhood around Best.

That rainy Monday in October, each of the pupils was about to meet a retiree with dementia as part of a 12-week class called Memory Bridge. The goal of bringing the disparate groups together at Montgomery Place was to restore both - tapping the sometimes-buried empathy of the teens, and helping the dementia patients engage in unexpected ways.

The pupils, who included freshmen August Averett, who dreams of becoming a surgeon, and Vance Sanders, who has his eye on a career in music, were about to embark on an experiment in emotional intelligence, a growing movement that emphasises managing emotions to enhance learning.

Armed with information from short biographies of their retiree "buddies", August, Vance and their classmates tentatively entered the nursing home's third-floor lounge.

The residents sat silently at tables, on couches or in wheelchairs. Everyone shook hands.

After some small talk, August asked Eva Weinberg (83) whether she had children.

"Can I guess their names?" August wondered.

Then she rattled off the names of Eva's four children, which she had memorised from the biography.

"How did you do that?" a stunned Eva asked. August just grinned.

Vance chatted with William Bryant, who talked about his childhood in Little Rock, Arkansas, and Kentucky and how his father pulled him out of college in New Orleans because he was "having too much fun" and enrolled him at The Tuskegee Institute.

The visit had its rocky moments. Memory Bridge co-ordinator Michael Verde called on each pupil to introduce their partners and talk a little about them.

August started by saying she was in 9th grade.

"What grade am I in?" one of the elderly residents interrupted. "I'm in first grade. Ha ha. Kindergarten."

On the ride back to Bowen, pupils laughed about how one patient stared and drooled, how another kept asking what school they attended.

Vance joked about William repeatedly saying he was born in Little Rock.

August grinned, but not at the comments of the others. She was intrigued by her new friendship - and proud. Eva had also attended Bowen, she learned, and had escaped the Holocaust.

"I think I did good," August said, smiling. "She laughed a lot."

Motivated by the death of a grandfather with dementia, Verde created Memory Bridge in 2005 as a teacher at Lake Forest Academy.

He was so moved by the joyful interactions he witnessed between young and old that he thought the empathy and attentiveness needed to reach those dementia patients could also help create peace in Chicago's most dangerous schools.

The Illinois Department of Human Services funded Memory Bridge and began offering it to Chicago public schools in 2006.

More than 2000 pupils at more than 100 Chicago public schools have participated.

"It's not just about people with dementia," Verde said. "It's about what we're all forgetting. And what these people are not only remembering, but what they can teach us about being human."

Kendall, born and raised on an Indiana farm, was frustrated by the instability, anxiety and lack of hope his pupils endured each day.

He observed a Memory Bridge project in 2009, thought it might help and contacted Verde.

The music teacher then recruited pupils with a little more academic ambition than most; pupils with engaging personalities, depth and curiosity.

The two men structured the class - which fits into the school's community service requirement - to include seven sessions at Best and five visits to Montgomery Place.

In his first meeting with the pupils, Verde told them that, by nurturing empathy, they were going to create "the kind of magic that makes people appear".

"If you feel with someone," he said, "some very extraordinary things begin to happen."

What revealed itself over the next several weeks was just how uneven the experience could be.

August felt nervous and confused. Her "buddy" Eva wavered between carrying on a lucid conversation and trying to leave the lounge.

By the midpoint of the programme, three of the original 11 pupils had dropped out.

Still, Kendall noticed that the remaining pupils were having in-depth conversations with each other - a rarity.

"So many of our students couldn't tell you one thing they've done in school that they feel good about," Kendall said, "or it would be a very short list. Being such an important person in that setting with these buddies is a huge self-esteem builder."

At the next visit, Verde tried music to invigorate the class, leading a group sing of You Are My Sunshine.

They were out of sync, clueless about the lyrics. The soloist was hoarse.

But the nursing home residents joined in, smiling, clapping, holding the pupils' hands. One pair waved their hands in the air.

When individual visits resumed, Vance Sanders and Seymour Dulberg (82) faced each other, silent.

Vance started chair dancing, clapping his hands, swaying, popping his head back and forth and rolling his shoulders.

"Did you ever do any dancing?" he asked.

"All my life," Seymour answered. "Tango, fox trot. But in the days of Benny Goodman, we did the swing."

Vance tapped his knee, singing Rock Around the Clock.

"You've got to play the Twist again," Seymour said. "It's got a big beat."

On the last visit, in January, the pupils and their buddies exchanged gifts: yellow roses for the retirees, bracelets for the pupils.

Eva, so agitated at an earlier visit, asked August to come to her room and place the flower in a pitcher.

When the pupils rose to leave at the end of the visit, Eva tapped a manicured red fingernail on her left cheek and told August to "give me a kiss right here", which August did. Then she hugged the elderly woman.

The pupils tumbled out of the lounge. Later, they would say they made extraordinary connections with their buddies, although only a few returned to visit after the class, when Kendall brought a chorus to the nursing home in January.

Still, Kendall has set up a second Memory Bridge class. Most of the pupils from the first session have asked to re-enrol.

The connection calmed even the most agitated and confused resident, she said, and was "better than any pill. I call it taking them from a state of ill-being to a state of well-being. It's a beautiful circle of knowledge, emotion and life force."

It is a circle that reveals itself in small moments.

During the last class, Verde corralled everyone to sing. Vance, who had joked about slapping a mouthy resident a few weeks ago, now helped Seymour change seats. They sat next to each other as the group began to sing Swing Low, Sweet Chariot.

When Vance began his solo, his voice quavered.

Seymour bent his head close and sang with him, an imperfect harmony.