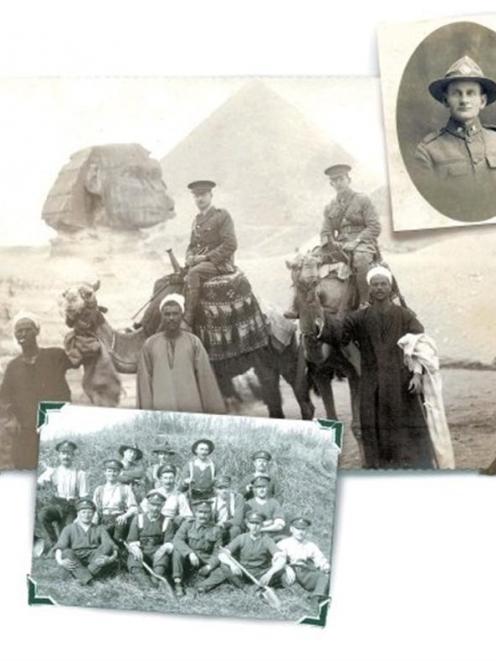 Above: "The Central Boys" somewhere in France, 1917. Pte James Kearney, from Ranfurly, is in the back row, second right. Top right: The author's great-uncle, George Gall Scott, from Gimmerburn, returns "to the land of warring men," 1916. Below left:...
War memorials abound around the country, often the only markers of localities that sent their young men overseas in service of the British Empire. A newly published book, Before ANZAC, Beyond Armistice, tells the stories of soldiers from the Maniototo who fought in World War 1. Charmian Smith talks to author Keith Scott.

There are many stories told about war, some tragic, some sad, and some, like the story of how the Maori haka came to Egypt, humorous.

During World War 1, New Zealand soldiers stationed in Cairo were in a café filled with soldiers and locals when "suddenly an unearthly yell arose.

We New Zealanders knew what this meant. 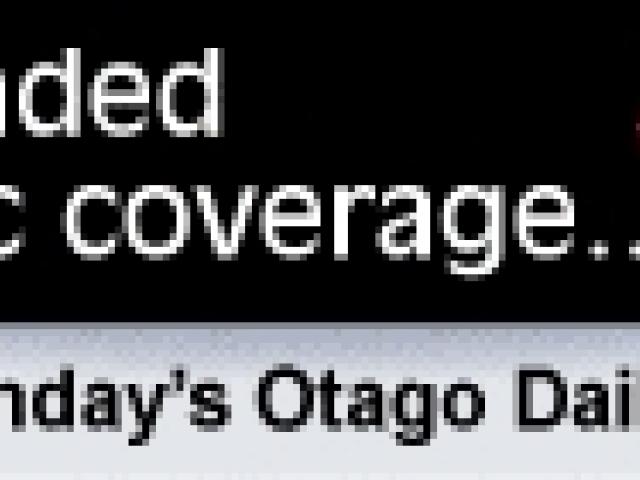 It was a familiar cry to us but the English and Australian troops as well as the natives all started up as if shot . . . The yell was followed by the well-known Ka-mate, Ka-mate. . . soon we all took up the responses and right royally did the old Maori Haka shake the roof off the building.

The natives fled from the building terror stricken, believing a murder was being committed, but gradually they returned and with bulging eyes watched the performance through the windows.

It seemed just like being in dear old New Zealand again and there was just a suspicion of a tear in the eyes of some of us.

While we chanted the Haka our thoughts momentarily flew over those thousands of miles of water to the land which had given us birth and which was always foremost on our thoughts."

It's often said that World War 1 created a sense of New Zealand as a nation, but Keith Scott disputes that in his recently published book, Before ANZAC, Beyond Armistice: The Central Otago soldiers of World War One and the home they left behind, in which he quotes the letter from which the above lines are quoted, published in the Dunedin newspaper, the Evening Star, in February 1915.

"The haka was performed even at the biggest battles to come and it was not because it was a tradition: it was an expression of nationhood," he writes.

New Zealanders already had a sense of belonging to this country and soldiers serving overseas often wrote about "dear old New Zealand". Only one of the numerous diaries and letters he researched mentioned the UK as "home", he says.

"I will be criticised for taking that stand but I say it very much in the sense of how it relates to the book and the letters and diaries I was working with."

Schooling, and propaganda about the war focused on the concept of Empire and he believes that New Zealanders certainly felt themselves part of the British Empire, but did not see the Empire as Britain, he said.

About 95% of the 440 soldiers from the Maniototo region whose stories he tells in the book were born in New Zealand, most in Otago or Southland, as were about half their parents.

In 1900 "Central Otago" meant the Maniototo and the Ida and Manuherikia valleys (other parts were called "the interior") and this is the region he has concentrated on in this book. Although he grew up in South Canterbury and now lives in Australia, his family roots are in Gimmerburn and Ranfurly.

Having abandoned an academic career in the early 1980s to work in tourism, he is now returning to his original love of history and research, he says.

The idea for the book started when a distant relative in Scotland sent him a photograph of a World War 1 soldier who turned out to be his Great-uncle George Gall Scott, who lived in Gimmerburn.

"He died in 1957 when I was 2 so I never knew Uncle George or that he'd been at the war. He'd sent the photo to his own uncle in Scotland from the front and they'd had it for 90 years.

"Then I got his service file out from the Department of Defence and I found it told me everything about this man, from the time he enlisted to the time he was demobbed - his attestation sheet, the enlistment sheet, tells you what he was doing for a living, what his education was, his religion.

"His medical report told you all about his physical state and the other army records are very detailed and tell you what he's doing at any particular point in his service, when he gets sick, if he's told off for misbehaving, if he's decorated for bravery - it's all recorded on his service file.

"They have only just become available to researchers. They are held by Archives New Zealand and are open access."

His interest piqued, he decided to research the stories of men from the Maniototo who grew up together and who went to war together - brothers, cousins and school- or team-mates.

"I've always found it an interesting society. It's quite geographically separated from anywhere else. I believe it's a land that only belongs to itself and within that it's a very close-knit society, particularly in 1900 when it was still based on the early families. Newcomers were accepted but not entirely embraced."

The point was made at many fundraising send-offs that men from outside the district who were working locally when they enlisted should be treated equally with the sons of local families, he said.

At the outbreak of war in 1914 every little community in the region established patriotic committees to raise funds, but early on divisions started to appear. There was a feeling that some groups were not pulling their weight in the war effort.

A letter in the Otago Witness asked why the sons of farmers were staying at home when everyone else was enlisting, and why farmers were all of a sudden driving round in brand-new automobiles, accusing them of profiteering.

"When I first saw this I thought it's an anti-shirking argument and is just sour grapes. Then I looked at my soldiers' service files and the occupation and employment circumstances of these early volunteers, and out of 117 early ones, a handful were sons of farmers working on the family farm, so that letter writer was correct."

Once the initial excitement and departure was over, volunteering dropped off, although it fluctuated a bit with the seasons, he said.

It was only after conscription was introduced in November 1916 that farmers' sons went to war in larger numbers. Even then there were many appeals, usually for reasons such as being the last man on the farm, working in an essential industry such as coal, or asking for time to settle affairs. The appeals were published verbatim in the Mt Ida Chronicle and the Otago Witness, and most were granted.

However, there were repercussions. One concerned Scott's own grandfather, Dan Weir from Paerau, who ran Brookside, a big hill run, for his 72-year old father John. Dan was 37 and unmarried when he was drawn in the ballot in 1917.

Two of his brothers were at war and several of his friends, but his father appealed on the grounds that Brookside would have to be abandoned if Dan went.

"All his mates were away and I know he wanted to go, but his father said: 'No, I'm not letting you go'. Dan became a very angry and bitter man, and one of the reasons for that was he felt he had dishonoured brotherhood; he felt he had dishonoured mateship by not going with his chums and blamed his father for that. And the sad thing about it is, of these four, two brothers and two mates, only one came back."

Much of the information about the men during the war comes from their service records, diaries and letters, many of which were published in local newspapers.

However, Scott has not found a great deal about the returning soldiers' lives, apart from oral history - "Dad just came back to the farm and got on with it", or people remembering "the old man down the road who was mad or spent all his time in the pub or something like that".

At the opening of the Kyeburn war memorial in 1920, Captain Ern Smith, a local and well-respected officer, asked people to forgive any returning soldiers for the little mistakes they were making, he said.

"He clearly saw within the Maniototo the return to civilian life wasn't going well for some, but unfortunately I don't know where to look and I don't think we could ever really find it.

"I think they did come back hard because they learnt hard lessons too young and I don't think it necessarily made them better husbands or better fathers, even though they'd experienced other cultures and other religions and other parts of the world. Travel broadens the mind they say, but I don't think it did in this case."

"Dad never talked about the war I believe because we never bothered to ask. You see these men at Anzac Day and reunions and they were talking. We were the last generation to be able to ask the World War 1 boys and I believe we failed in that. War was a dirty word in the 1960s and '70s.

"Now the pendulum has swung too far the other way and we are in danger of glorifying war instead of being in total rejection of it as we were before. We have an acceptance of it that goes beyond recognition and honour. That worries me because there is nothing glorious about it as we know," he said.

Before ANZAC, Beyond Armistice started with Scott's uncle George and finishes with him, as he left a trust to support projects in the Maniototo, and a grant from it helped with the publication.

• Before ANZAC, Beyond Armistice: The Central Otago soldiers of World War One and the home they left behind by Keith Douglas Scott is published by Activity Press (pbk, $40).