It can be argued that Helen Nicol’s face should appear on the New Zealand $10 note. GRAPHIC: MAT PATCHETT 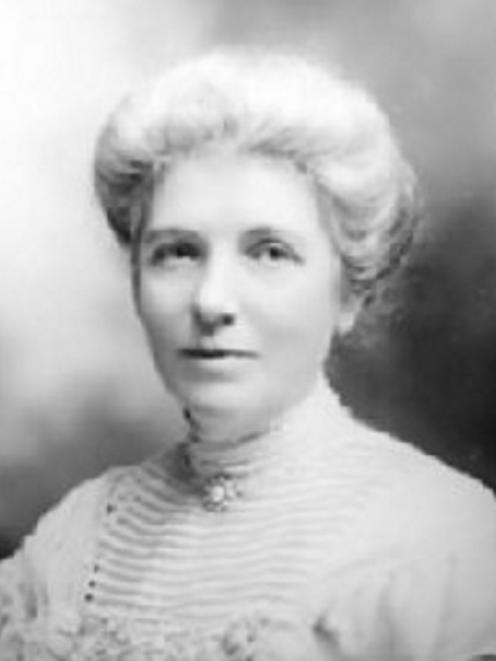 Kate Sheppard
Dunedin was the women's suffrage centre of New Zealand and local woman Helen Nicol "worked harder than any other woman in the South Island'' for the cause.

These claims sound doubtful given the status of Kate Sheppard, of Christchurch, but are worthy of serious consideration.

Last year Otago Daily Times reporter Mike Houlahan described Dunedin as "the engine room of the suffrage movement''. Helen Nicol made the statement about herself.

Are they fair comment? They are if you look at two groups: parliamentarians who were "early adopters'' of suffrage and the Women's Franchise League, which Nicol started in Dunedin in 1892.

The suffrage campaign began in New Zealand in 1869 when Mary Muller, of Blenheim, using the pseudonym Femmina, published a pamphlet titled An Appeal to the Men of New Zealand, inspired by British philosopher and parliamentarian, John Stuart Mill.

Dunedin's Robert Stout borrowed Mill's The Subjection of Women from a friend who had been sent the book by the author when it came out in 1869. Stout spoke about women's suffrage while supporting a friend in his campaign for the Otago Provincial Council in 1871. Journalist Mark Cohen wrote that Stout's statements were greeted with "applause and laughter''.

In 1873, at the Otago Girls' High School prizegiving, Premier Sir Julius Vogel (co-founder of the Otago Daily Times), who had settled in Dunedin in 1861 but had by then gone north, said he believed that women should have the vote. He also referenced Mill.

Both Stout and Vogel introduced suffrage Bills. Stout's 1878 Bill would have enfranchised only property-owning women who could already vote in local elections and let them stand for Parliament. Vogel introduced his Women's Suffrage Bill in 1887. He wrote to his wife, Mary Clayton: "If the women would move, we would carry it''. 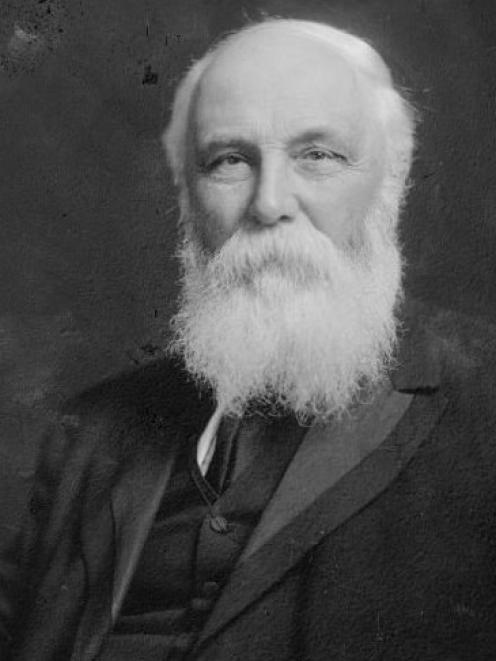 Robert Stout
But Sheppard did not "move'' in Vogel's terms. The Women's Christian Temperance Union (WCTU) had been introduced to New Zealand in 1885, with suffrage already on its agenda. Sheppard had become national franchise superintendent about six months before Vogel introduced his Bill. But she ran the WCTU campaign for the vote within the prohibition movement. The WCTU had only 600 members and they were pledged to work actively for prohibition.

Helen Nicol was Dunedin's WCTU franchise superintendent. Under her efficient canvassing, Dunedin sent significantly more signatures per head than any other centre in all three suffrage petitions.

In 1891, Sheppard had listed what local franchise superintendents should do, including holding public meetings.

Nicol held a meeting in the Choral Hall that July. This was a major social event and included people from different areas of life. Elizabeth Dick chaired it; her husband Thomas was a member of the Legislative Council (we then had an upper and lower house, the latter being the House of Representatives).

Speakers included the Tailoresses' Union's Harriet Morison, philanthropist Rachel Reynolds, whose husband William was also in the upper house, Sir Robert Stout, who was out of Parliament then, and the Reverend Rutherford Waddell.

The newspaper reports did not include reference to the WCTU, and this can be seen as the beginning of a new movement.

On April 12, 1892, a meeting in the Choral Hall attracted 1200 people. There were 130 people on the platform, "the elite of the grace and elegance and wealth of Dunedin'', as chair Marion Hatton wrote to Sir John Hall, the politician introducing Bills in the early 1890s.

The newspapers portray the meeting as great fun, with "laughter'' and "applause'' sprinkled through the reporters' copy. 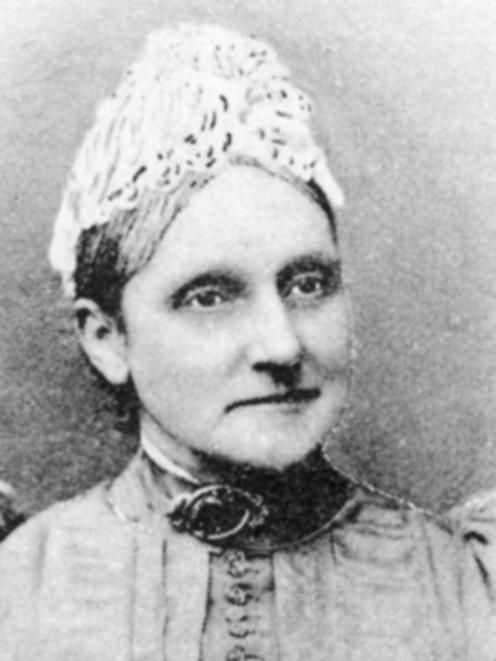 In a number of cases, the wives of "early adopter'' men joined this movement where they had not joined the WCTU. Dunedin couples in which both backed suffrage also included William and Mary Downie Stewart, James and Catherine Fulton and James and Mary Allen.

Nicol and Hatton formed leagues in several Otago towns. One day in Oamaru, Nicol collected 900 signatures. Morison went to Auckland and helped set up the Auckland league in June 1892.

The league was vocal in news reports, and visible. In July, the photographs of 14 league leaders appeared in the New Zealand Graphic magazine; by contrast, there was no photograph of Kate Sheppard in the public arena until after the vote was won.

The league was the tipping point. Opponents could not say women did not want the vote apart from a small group of prohibitionists.

The Dunedin league fought a political battle with Henry Fish, the most outspokenly anti-suffrage politician. Fish had paid collectors to get signatures on what they presented as a suffrage petition when it was really anti-suffrage. When he stood for the mayoralty in December 1892, the league ran a campaign among female ratepayers who could vote. Fish blamed the league for his defeat.

Nicol argued to Sir John Hall that there should be a third suffrage petition, for 1893. He agreed. Sheppard had decided not to do one, because a Bill had gone through both houses of Parliament in 1892 (but attracted an amendment that was not accepted by the Government) but changed her mind under pressure.

Premier Richard Seddon's Electoral Bill went through both houses of Parliament, and the governor signed the Bill into law on September 19, 1893.

The Dunedin Women's Franchise League held big meetings with women speaking from the stage. Sheppard had done that for the first time only six days earlier. She had put men on the stage in the only two public meetings she held before that.

Nicol's belief that she worked harder than any other woman in the South Island is supported by the huge number of signatures she collected, and the fact that she started a whole new suffrage movement - in Dunedin.

• Jane Tolerton is writing a book on the New Zealand suffrage movement and would like to hear from anyone with evidence of Dunedin families' involvement with the suffrage movement. jtolerton@gmail.com.

Jane Tolerton is talking on ‘‘Otago’s three women’s suffrage movements: 1869-1893’’ at the 1869 Conference and Heritage Festival, at the University of Otago, next Saturday, September 28.