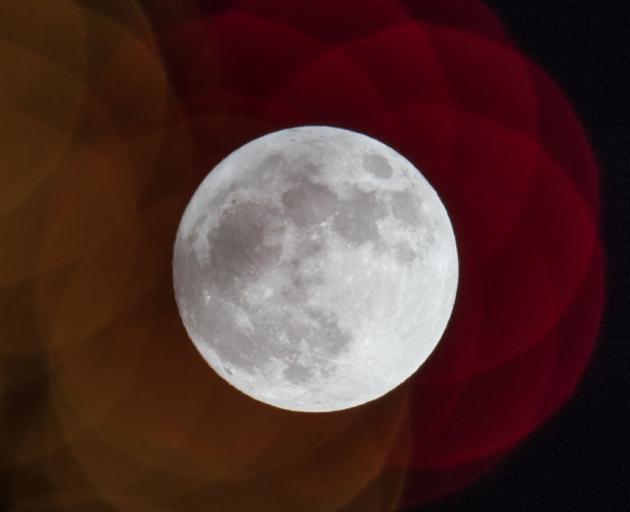 Photo: Getty Images
The moon's orbit is not perfectly circular. This means that sometimes our closest celestial neighbour is closer than any other, writes Ian Griffin.

Astronomers call the moon's closest point to Earth its perigee, while the furthest point away is called its apogee.

Because the phase of the moon depends on the relative positions of sun, moon and Earth, the lunar phase when it is closest to Earth, can be anywhere from new to full.

The precise moment of this month's full moon occurred at 4.55 this morning. At that time, the moon was 356,856km away, which makes today's full moon the closest, and therefore the largest, of 2019. The correct astronomical name for such a moon is perigean, although recently the term ''supermoon'' has become popular in the press.

If the sky is clear, especially if you have an eastern oceanic horizon, you are in for something special at moonrise, which in Dunedin should be just before 9.20pm. The sight of a full moon rising over the ocean is one of the finest there is, so I encourage you to catch it if you can.

Now you might think that the time the moon rises can be precisely calculated, and, indeed, if you google the time of moonrise for your location, you will probably get a time that suggests accuracy to the minute. This is calculated assuming a flat unobstructed horizon. If there are any obstructions between you and the horizon, the actual time of moonrise will be later.

However, a recent paper suggests that the quoted rising and setting times of both sun and moon might be wrong by as much as five minutes. This is because the calculations assume a fixed refraction angle, which doesn't take into account local weather conditions.

If Earth did not have an atmosphere, calculating the time of moonrise would be easy. The presence of an atmosphere bends (or refracts) light, meaning we see the moon slightly offset from its true position on the horizon due to the atmosphere.

So it turns out that calculating the time of moonrise is not as easy as we thought!