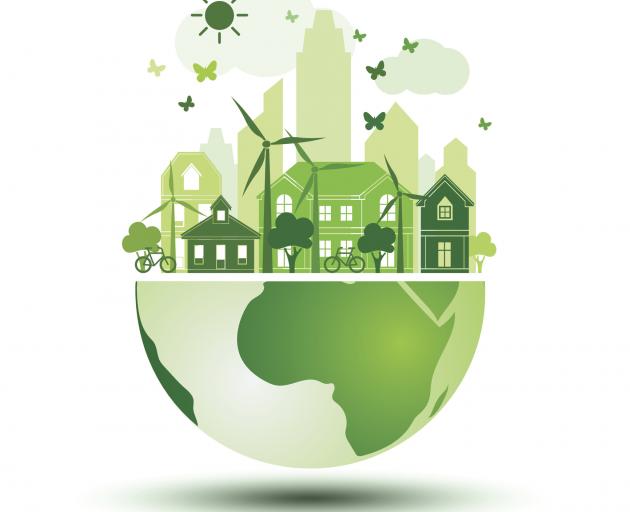 We can use the space summer affords to create a better trajectory for the rest of the year, writes Scott Willis. 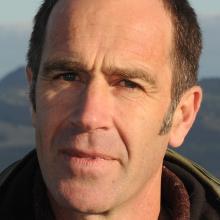 Emissions of hot air spiked in the US this year during the presidential election campaign. Now US President-Elect Donald Trump has nominated fossil fuel moguls and climate change deniers for the role of Secretary of State, to head  the Environmental Protection Agency, and as Energy Secretary. At the same time, scientists have been alarmed by a recent surge in global methane emissions.

It is worrying. If powerful political forces oppose innovation and climate science, human effort might falter. If atmospheric chemical balances are further destabilised,  ecosystems will collapse.

However, nothing is inevitable. It is not only that Christmas holidays are  around the corner and summer is here: there are many signs that positive change is under way. While attention is focused on the big noise from America, a huge amount of political activity takes place at the sub-national  level: i.e., states, regions and cities. The state of California recently sent its own delegation to the UN climate talks in Marrakech for example. And just look at our own situation.

And this is where we come in. The choices we make as citizens are important because now more than ever, collective effort can help to fast-track emissions reduction and smooth the way for positive action. You probably share the view that it is worth trying to make the world a better place. I look at the challenge through the lens of energy, because it’s my job and I’m passionate about it. But the fact is, we need to rapidly  replace fossil fuels with renewable energy  if  future generations are to flourish.

Summer is special. There is time for our imaginations to float free. We  make new plans, hold interesting conversations, begin new projects. So what is possible? Where can we make a difference?

If we cut the amount of energy we waste in half, we can  probably meet the balance with renewable generation,  reducing emissions. One small example of this at a city level is the Night Sky City initiative, which aims to replace  wasteful street and building lighting with energy-efficient, smart infrastructure. We can, progressively, do the same thing in our homes, alongside installing insulation and double-glazing.

As engaged citizens we can support efforts to improve public transport. We can make it "normal" to do more and better with less.

Resilience is the capacity to recover quickly from difficulties, and we can be certain that we face a rising number of difficulties. In terms of energy, our  reliance on imported oil makes us vulnerable to disruptions of supply. To best prepare and be able to thrive in our changing world we need to re-localise and redirect our energy systems. The City Energy Plan aims to "boost the city’s energy security and ability to adapt to future change".

As individuals we can ensure our household can cope if crisis hits and the grid fails by ensuring we’re not dependent on  one form of energy for heat and cooking. One of the simplest, and most effective things we can do as individuals  is to dig a garden and start to grow some of our own food. As citizens we can support renewable electricity generation. This might mean actively engaging with your electricity retailer to ask about how much of the electricity they supply is certified carbon zero.

If lobbying is not your cup of tea, but you like the idea of decentralised, distributed generation, then get in touch with our own organisation, the Blueskin Resilient Communities Trust. Distributed generation can help keep parts of the grid running or allow us to restart the grid after a wholesale failure.

INVESTING FOR THE FUTURE

Dunedin City Council signed up to the Compact of Mayors in 2015, a global coalition  committed to  reducing greenhouse gas emissions and enhancing resilience to climate change.  It is a public  commitment to reduce  emissions, measure emissions, set targets for the future and develop climate action plans. It is also a commitment to address the impacts of climate change.

In practical terms, the council has already begun to prepare a community-wide greenhouse gas inventory. Meanwhile the second generation district plan, with hazard zones (as identified by the Otago Regional Council), is  being finalised.

As individuals we can reduce our fossil fuel habits; refuse to burn coal, walk, bike or bus more, and remove  investments from banks or investment portfolios that invest in fossil fuels.

There really is little difference between individual self-interest and an engaged citizenry approach when we invest for the future. If we don’t rapidly reduce emissions a  wild ride will begin. When I asked my son Bruno for his perspective on what we should do, he said he thought he and his peers should only invest time and energy in things they really need or believe in. He’s keen on investing in a mixed woodlot of native New Zealand timber; kauri, rimu, kahikatea, matai. The value won’t be in his harvesting of the timber, but knowing that it will be valued by future generations, long after he’s gone.

I see much hope in my children and their peers. They are inheriting a world that is far riskier than it was for us. Yet they excel in the arts, in craftsmanship, and in managing diversity.  They’re excited by the potential of a world powered by renewables. That I find hopeful.

So as I contemplate the holidays, with energy in focus, I hope for more than hot air from my summer. We don’t need a technological revolution to mitigate emissions or adapt: the technology is here. We need to regain the collective will to work together, and summer holidays are the perfect time to put that into practice! Have a great holiday everyone!