Settling on a more inclusive approach 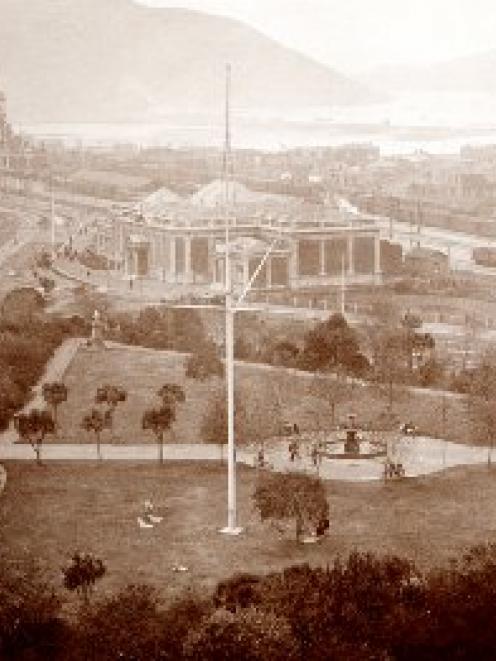 Designed by Dunedin architect J.A. Burnside, the building was ‘‘a dignified and substantial edifice'' although it was ‘‘still not quite finished and quite unfurnished,'' Dr Page noted.

‘‘The original association, restricted to migrants who had arrived before 1861 (when the gold rushes brought in all sorts of undesirables), had been founded at the 50th anniversary of the colony in 1898.''

The association's then secretary, Lachlan Langlands, had been behind the development of a museum building, and the ladies of the association had ‘‘raised a surprising amount of money for it by a huge bazaar''.

Dr Page says that during the week of centennial celebrations planned for this month, people can, if they like, dress in the styles of an earlier age.

John Ingram, the museum visitor programmes co-ordinator, is keen to encourage as many people as possible to join in the public procession which departs from the Octagon at 1pm on Anniversary Day, next Saturday March 23, heading for the settlers museum.

‘‘I think the original museum reflected the first [European] pioneers really well and the current museum still values those pioneers, but also enjoys reflecting everybody who makes up Dunedin today,'' he said.

One of his main challenges was to alert potential museum visitors to the big changes that had happened at the museum, including the ‘‘great range of things'' now on offer there.

The museum has featured significant Ngai Tahu historical displays since 1994 and, in recent years, the People of the Four Winds gallery had also highlighted the cultural traditions of Scandinavian, Chinese, Polish, and others in the area.

Dunedin freelance curator and writer Peter Entwisle said changing the title of the former Otago Early Settlers Museum 14 years ago had meant a significant step towards a more inclusive museum.

‘‘They dropped the word ‘early', which I think was a necessary corrective to the view of history implied in their title. The Europeans, by no stretch in New Zealand, are early settlers. We are late settlers.‘‘

Mr Entwisle predicts a bright future for the museum, which has, he says, transcended a somewhat restrictive form of ancestor worship.

‘‘They left all that behind and grew out of that into a broadly focused regional history museum.''

He is also ‘‘very chuffed‘‘ the Dunedin City Council has given its blessing to the planned major museum redevelopment.

‘‘That's a major achievement. It removes the major barrier to all of our populations coming here as often as they want. Overseas visitors like it as well.''