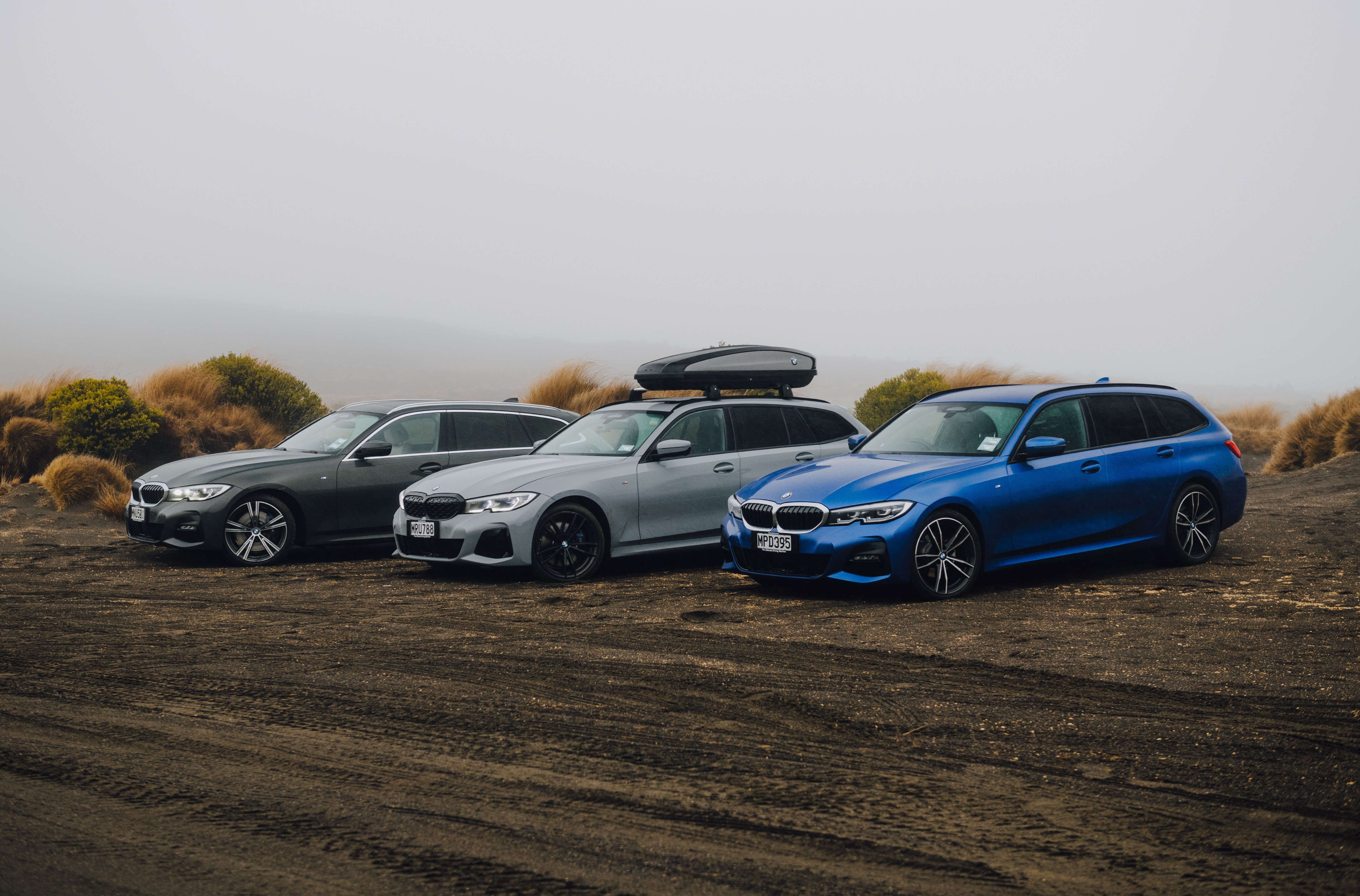 The new 3 Series Touring BMW parked up off the Desert Road in the central North Island. PHOTO: BMW
I would not describe myself as a car expert. In fact, until about two and a-half years ago I was driving around in a 1996 Nissan Lucino that really had no punch whatsoever.

So when the opportunity arose to drive the new BMW Series Touring I was excited, but not crazy "Oh my goodness, I get to drive these cars" excited.

Well, I may have changed my mind.

I have never driven anything as fast, smooth or as clean and I have to say I am sold on what they had to offer.

Driving along the straights of State Highway 1 on the Desert Rd and then the winding roads of the Coromandel was exhilarating.

And while I am obviously not going to promote breaking the speed limit, I would say these vehicles have some power behind them.

I am not going to pretend I know what any of that means.

The price means they are out of my price range, but it was definitely fun trying them.

During our stop at the Orakei Korako, which had a massive car park and more importantly, no-one in it, I did my first boy racer doughnuts. Maybe that should read "emergency 360-degree turns".

The technology available in these cars was something I had never come across before.

While some of it was a little too controlling, the fact that the car tries to rectify itself if it all goes horribly wrong is a real nod to the safety features.

On the Coromandel, we went off-road.

I was a bit worried at first about damaging the cars, but soon realised they handled really well and I need not worry about skidding into the ditch.

Did I mention the heated seats?

Living in Queenstown, I should be well used to cold weather, but this added feature just took the edge and chill off the morning — something I could definitely get used to.

Recent research by BMW New Zealand found that four out of five New Zealanders are planning a domestic road trip after Covid-19 as our border remains closed and international destinations are a no-no.

So, no-matter where you decide to go; whether it’s the Otago Peninsula, the Catlins, Queenstown, Omarama, Tekapo or Riverton, the important thing is to get out, enjoy our backyard and support domestic tourism.