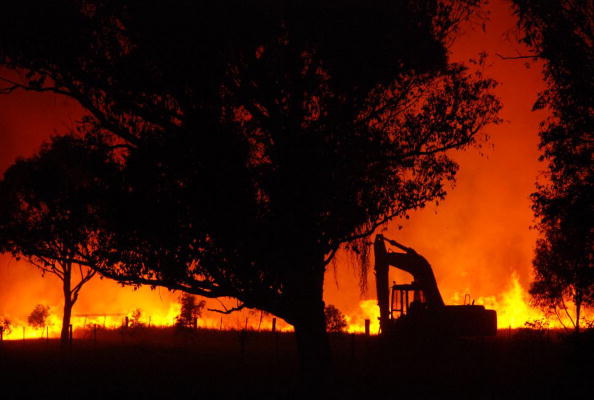 "Today will be tough for a lot of people, for a lot of reasons. We feel your grief and loss - but also your strength and spirit. Know that you are never alone. The whole of Victoria stands with you. Today - and every day."

Numerous survivors have told AAP they will not be attending commemorative events and were not interested in speaking on Thursday.

"I think people will just be glad to get it over with, and then there's no more anniversaries. We can move on," Marysville survivor Tony Thompson said of the 2009 fires, which also left 400 injured and destroyed more than 2000 properties.

At Marysville's Gallipoli Park oval, where hundreds of people gathered to shelter from the fires, a commemorative event will be staged.

The small town 100km northeast of Melbourne was one of the worst-hit communities and 40 people died in and around the area.

One of those affected, Marysville resident Daryl Hull, fled the fires and spent four hours in an ornamental lake.

Despite losing everything, he returned to live in the small town a year later.

"It wasn't really much of a decision. I just went to Marysville, and even though it was pretty wrecked, I've always loved it," he said.

Other communities including Kinglake West, St Andrews, Strathewen, Flowerdale and Yarra Glen will be holding their own services on Thursday.