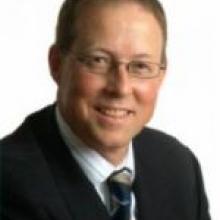 The Foundation for Research Science and Technology funding will provide about $980,000 a year over the next three years, from the PreSeed Accelerator Fund.

This aims to get promising technology to the point where it is ready to attract commercial investors.

The funding was ‘‘very, very valuable to us'', Mr Dawson said.

The university had gained $430,000 a year from the PreSeed fund during a previous three year contract.

The new funds would be matched by the university and external funders, he said.

It was often difficult to obtain funding to establish ‘‘proof of concept'' - to check whether exciting new ideas produced by university researchers actually had the potential to generate new products or services.

‘‘Investors won't invest in just a simple idea,'' he added.

Any new spin-off companies or technology licensing deals that resulted, would help increase university income and inject more money into Dunedin and Otago.

New technological concepts could arise in a host of university disciplines, not only in biotechnology and physics.

‘‘We were up against all of the universities and all the Crown Research Institutes and were part of a select group included in the top band of funding,'' he said

Over the previous three-year-PreSeed contract, Otago Innovation had applied funding to 27 projects, ranging from software to biotechnology, with 18 deals concluded.

Of those, five had gone on to form the core of a valuable spin off company or potentially valuable licence agreement, he said.