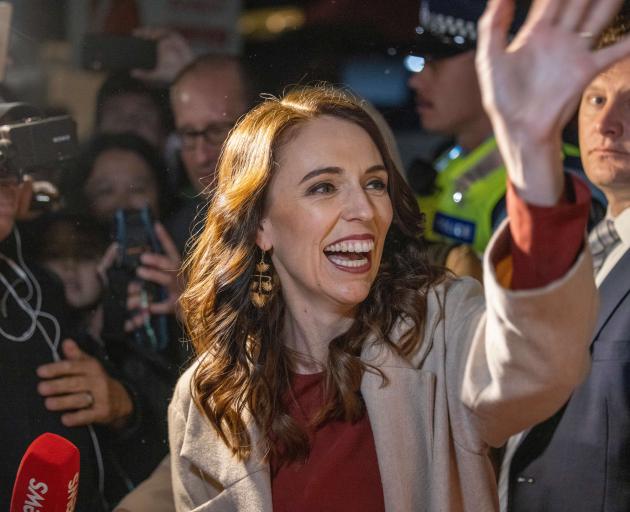 Ardern wants more support for small business loans and $300 million in cash incentives to hire the unemployed in place by the end of the year.

And while she is giving little away about a potential governing arrangement with the Greens, she is stressing the "strong mandate" given to Labour and the need to keep voters who may have turned to Labour for the first time.

"I have said that I want to talk with the Greens and will do that next week, but ... that mandate does exist for Labour," said Ardern.

National Party leader Collins told Newstalk ZB's Mike Hosking today there would be "no bloodletting" despite her party's devastating election loss to Labour.

She would be staying on as leader, despite knowledge some in the party did not support her and had caused problems during the campaign.

"I am not into this vengeful thing, bloodletting.

"I think when the team has a good chance to win they pull themselves together and behave, and what we saw was most people doing the right thing, working so hard, being utterly supportive.

"But times of stress can be opportunities to show character, and some make mistakes.

"I will mostly be sad seeing people lose their jobs."

When she took on the leadership, she knew it would be a "hell of a ride".

"It has been full on, and I was happy to provide the leadership required.

"We did everything we could possibly do... sometimes you need to just roll with it. pick ourselves up and keep going.

"I am waiting to feel hit by something, but I am absolutely not [feeling it]. I was at the rugby yesterday and thought that's the sort of result we wanted."

While their leadership problems, changing three times in four months, was "not helpful", Collins pinned the loss squarely on the "tsunami of Covid".

"We did the right thing to at least put up a credible economic plan, there was no point talking about Covid because each time it made people more frightened about their health.

"But it will be good to have a review about what went wrong and right."

Greens co-leader James Shaw told Hosking not to read "too much" into the Prime Minister's words so far about a potential coalition arrangement with Labour, and they want to just "see how it goes".

He had spoken to Ardern since Saturday.

"We congratulated each other on respective wins on Saturday. It was obviously a huge night for Labour, they made history, and so did we. We said, 'Good on ya, and we'll talk in the coming days'."

They had caucus this morning, inductions for new MPs, but over the next few days they'd look to set a meeting up with Labour. There was no specific meeting set, but this was not necessary, Shaw said.

"We didn't know how the election was going to pan out, we've got to let the dust settle," Shaw said.

The Greens had previously set out six priorities.

"We will be sitting down and saying what can we do on these priorities?" 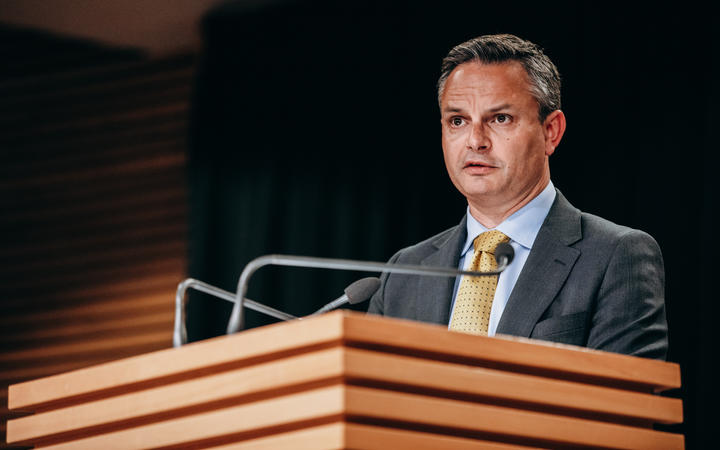 Green Party co-leader James Shaw. Photo: RNZ
When Hosking asked what the Greens would do if Labour said they didn't want to honour them, he said: "They won't say that... it has been a good partnership... we have a constructive working relationship.

"We've spent the last three years in Government together.

"We have a lot of shared ideas and shared vision for how we want our country to go forward."

The idea all their priorities would be rejected was an "absurd statement", Shaw said.

"I think people think it is more transactional than it is. We have spent the last three years in Government together."

But the relationship this time was different to 2017, when Labour needed the Greens, as opposed to this election when Labour could govern alone.

Shaw said he still thought they could bring something to any new Government, with highly specialised and focused ministers.

Having a larger majority in the house would affect things like select committee membership, and they also needed to look ahead to 2023.

"There are a lot of good reasons to continue the partnership we have had."

Ardern said yesterday she expected to form the next Government within two to three weeks, and saw the election victory as an endorsement of Labour's Covid response and recovery plan in particular.

"What was the message, particularly [from] those New Zealanders who may have voted for Labour who haven't done so before?

She said first out of the blocks will be the flexi-wage scheme and changes to the small business cashflow loan scheme.

The latter would extend the loan scheme until the end of 2023, while doubling the interest-free period from one year to two years. Criteria would also be expanded beyond core expenses to include investment in new equipment or digital infrastructure, or to help to adapt to the impacts of Covid-19.

Ardern said Labour's plans for the loan scheme had not been given the green light in the previous coalition.

"We can just crack on now with getting that rolled out."

She added that the community case of Covid-19 in the port worker, revealed yesterday, was an example of the border controls working as they should.

"There's nothing to suggest the need to move any of the restriction levels."

She said she would push through with everything in Labour's election manifesto, but there was also licence to go beyond it in some circumstances.

"There will always be issues that will come up over the course of a term in office."

"The reality is that elections in New Zealand are won in the centre," Clark said.

"I think she'll want to continue to govern in a way that's inclusive of quite a broad spectrum, and with respect to where the economy can go from here, [she] definitely would want to include the voices of those in the business community about how to rebuild."

Cullen said the election result was a mandate for action on, among other things, climate action and transport infrastructure.

But it was not an invitation to lurch to the left in terms of tax or welfare reform, he said, and any attempt to leap in that direction could risk losing "middle-ground voters".

Ardern will head to Wellington today and meet with her caucus today and tomorrow.

She seemed to pour cold water on any governing arrangement with the Māori Party, whose candidate Rawiri Waititi won the seat of Waiariki by a narrow margin of 415 votes.

"While I seek to be a consensus builder

I also want straightforward arrangements for this next term of office."

She said the leaders of Spain, Denmark, the UK and Canada had contacted her to offer their congratulations, but she hadn't heard from Donald Trump.

"I don't tend to have those direct communications with the President of the US," Ardern said.

Jacinda should make her first task the fulfilling of the promises she broke in 2017 regarding housing and homelessness. Makes one wonder what current promises she'll break in these next 3 years...

Well, you'll have three years to point them out, as one of the dissenting minority.