She also revealed that she reluctantly took on the leadership of the National Party after Todd Muller stood down and the role was "a hospital pass".

Despite this, she said she had "worked my little socks off" during the campaign.

Collins spoke to media this morning from National's regional headquarters in Auckland.

She was in an upbeat mode, despite the fact she led National to the second-worst election result in its history. 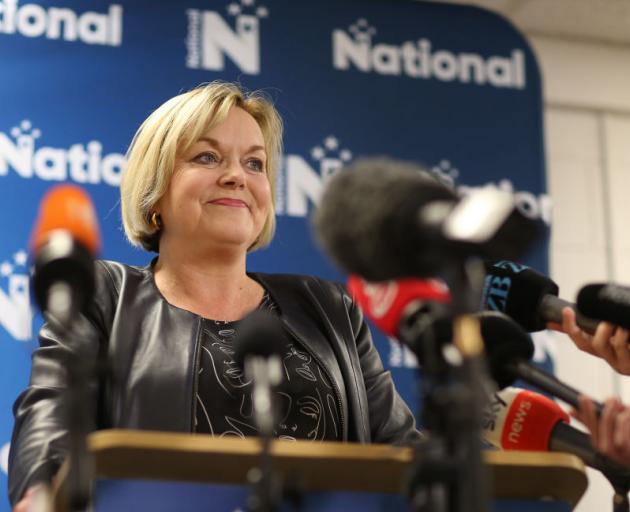 Collins, along with a number of other senior National MPs, blamed the loss on Covid-19.

But she also revealed that the leaking of an internal email sent to the caucus by Maungakiekie MP Denise Lee cost the party 5 percentage points on election night.

Based on the Electoral Commission's data, that translates to roughly 120,000 votes.

Collins said this was "disappointing" but said it would be dealt with in an upcoming review of the party.

She added that before the second lockdown, National's internal polling had the party at almost 40 per cent.

"We did everything we could do," she said.

She also revealed that when she took on the leadership in July, she did so reluctantly.

Collins told Newstalk ZB this morning that she was asked by the caucus to take on the role, which she did.

Speaking to media, she said leader of the Opposition was a job "most people would have thought was a hospital pass".

"It was obvious that it was a very difficult time to take it over. I would have been very happy being the MP for Papakura, writing books."

But Collins said she expects to remain as National's leader and is not anticipating a leadership challenge.

National's Mark Mitchell, whose name has been tossed around as a potential leadership prospect, this morning ruled out challenging Collins.

Asked about this today, Collins said it was up to Brownlee what he did next, but she had always been able to rely on him.

Collins said her next steps would be a review of the election campaign, as well as National's performance over the past three years.

MPs will begin heading back to Wellington in the coming days, before a Tuesday morning caucus meeting.

Collins said the result was also a "really big wake-up call for caucus and everyone in the party to be focused on the things that matter for people".

I believe you missed out Simon Bridges role during lockdown, the shenanigans of southern MPs, the former National party member leaking confidential health documents, a sex scandal, and leadership changes played a part in the demise.

One minute she says wait for the in-house review, the next she's throwing caucus members under the bus. Why would you want her as leader after all the damage she herself has done to the National brand?