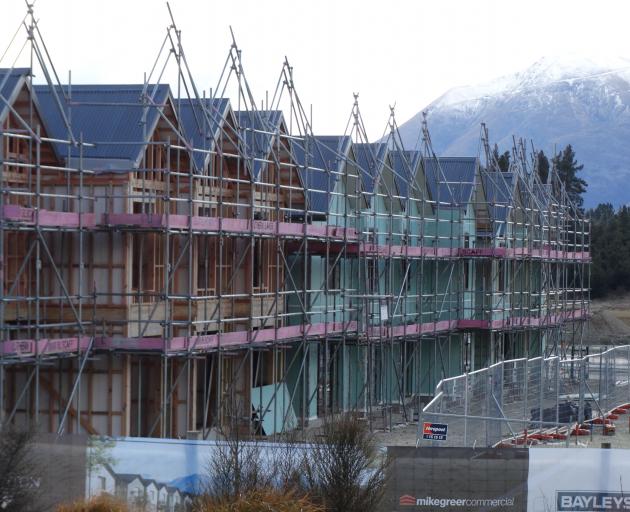 KiwiBuild came under constant attack from National after it failed to hit its original target. PHOTO: ODT FILES
Housing was the major issue of the 2017 election, and the lack of progress achieved by the KiwiBuild programme means it remains firmly at the centre of political debate. Mike Houlahan reports.

KiwiBuild, a scheme to construct 100,000 affordable homes in a decade, was one of Labour’s most dearly held policies during the 2017 election campaign.

Once in government, Labour and its then housing minister Phil Twyford found it impossible to match the rhetoric with reality.

The Opposition was sceptical about KiwiBuild from the get go, and month after month quizzed the Government about its progress, or rather about the lack of it.

By mid-2019, Mr Twyford had been forced to concede only 300 of 1000 homes planned to be built by July 1 would be completed, and Prime Minister Jacinda Ardern had little choice but to move Mr Twyford sideways in a Cabinet reshuffle.

In September, newly minted Housing Minister Megan Woods announced a "reset"of KiwiBuild in which the 100,000 target was shelved and alternative methods of supporting people to buy their first homes were promoted.

National has continued to flog Labour on housing, but Ms Ardern has fought back and argued that her Government has funded 17,000 new public and transitional houses.

National also has the consent process in its sights and, having championed the cause of reform of the Resource Management Act for three years, is now pledging to repeal it entirely.

Its proposal is to pass two new Acts, an Environment Standards Act to protect surrounding land and habitats, and an Urban Planning and Development Act to streamline the consent process for both businesses and homes.

Calling the RMA New Zealand’s biggest barrier to future development, leader Judith Collins said the Act meant good projects were unable to get started, and repeal would happen as soon as National was elected, so its other election infrastructure promises could be delivered.

Act also wants the RMA done away with, and would further replace the building inspection system with compulsory building insurance and automatically permit the use of building materials already approved in similar countries.

"We simply do not allow enough building — whether up or out — to house our growing population."

The Greens want Kainga Ora to be better funded and to build and upgrade more state homes, an effort linked to local employment and apprenticeship schemes.

They have already succeeded in getting a progressive home-ownership rent-to-buy scheme under way, and the party also has a long-standing interest in improving the quality of rental properties.

While significant changes to the Residential Tenancies Act were made at the end of the current Parliament, a stronger housing warrant of fitness is among the initiatives in its housing policy.

New Zealand First is yet to announce a housing policy, but the Provincial Growth Fund the party instigated while in government has funded a range of programmes.

The party has also historically linked its housing policy with its immigration policy, saying a drop in migrants would equate to greater housing availability at a more affordable price.