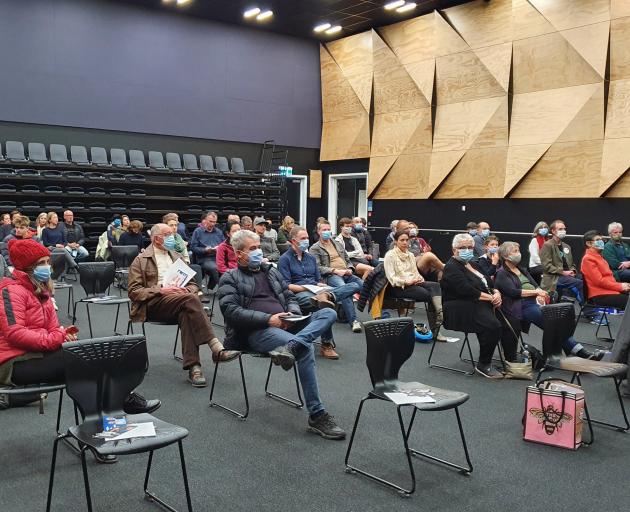 National candidate Joseph Mooney said he was not taking the seat for granted and would "work hard for it", even knowing National had nearly 60% of the vote in 2017.

He believed he had the skills to make it through the full electoral term, something the two previous National MPs had failed to do.

Mr Mooney was critical of recent Government policy on farming that he said made farmers feel "criminalised".

"If we don’t have the primary sector producing food and other goods that we can sell overseas, our economy is dead in the water."

"We need to make sure people are represented effectively in future."

He was uncomfortable with a question on the future of Tourism Minister Kelvin Davis MP, but said without power-sharing with New Zealand First there would be room for changes.

He said the Labour-led Government had invested about $2billion in the local area to support it through Covid-19 and Labour would help get people back into employment.

During a measured discussion, each candidate made their voice heard on a range of topics.

One Party candidate Judith Terrell, however, repeated several times that her opinion was not important and that if elected, her job would be to give voice to the views held by the constituents.

Top Party man Joel Rowlands said he wanted to see a universal basic income of $250 a week to get people out of poverty and taxes on houses to make rentals more affordable.

Green Party candidate David Kennedy suggested that while the borders remained closed and tourism limited, it was time to sort out long-standing infrastructure problems in Queenstown.

Both Mr Mooney and Mr Kennedy said the effect of the pandemic on the aviation industry meant the issue of Tarras Airport could be put on the backburner.