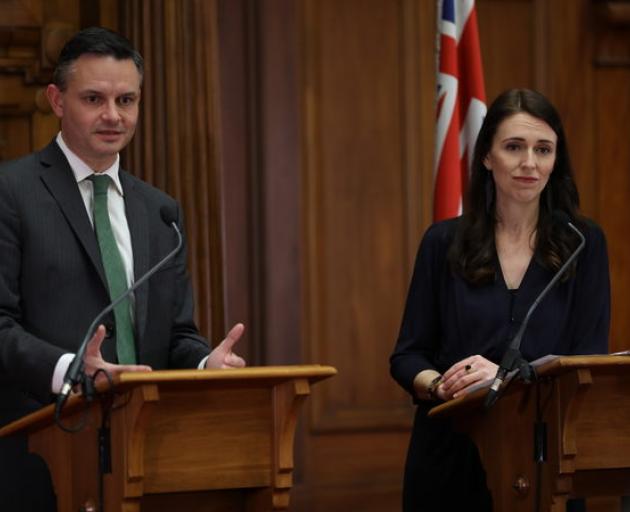 Green Party co-leader James Shaw and Labour leader Jacinda Ardern. Photo: RNZ
Labour and the Greens will meet again today to thrash out areas they can cooperate on in government.

With Labour holding an election night majority the Greens are not needed in a formal coalition arrangement.

Labour leader Jacinda Ardern expects to wrap-up talks this week and announce any deal that has been reached.

The parties already met twice last week in the Prime Minister's office and will do so again later today.

On Wednesday following their second meeting with Labour, Green Party co-leaders James Shaw and Marama Davidson described the discussions as "fruitful" but were tight-lipped on what was being discussed.

Ardern has already ruled out any discussions about a wealth tax, as campaigned on by the Green Party, but it is likely other areas of common interest such as climate change and the environment are being worked through.

Shaw was the Climate Change Minister - a position outside of Cabinet - in the last government.

And while talks continue, Labour and the Greens won't be meeting as a caucus as is traditionally the case on Tuesdays when MPs are in Wellington.

Neither is National, but instead its MPs will fly to Wellington for a caucus meeting tomorrow, after last week was largely consumed by MPs' farewells.

Preliminary results for the cannabis legalisation and euthanasia referenda will be announced on Friday.

However, it will be another week before the official count is announced, along with special votes, on  November 6.