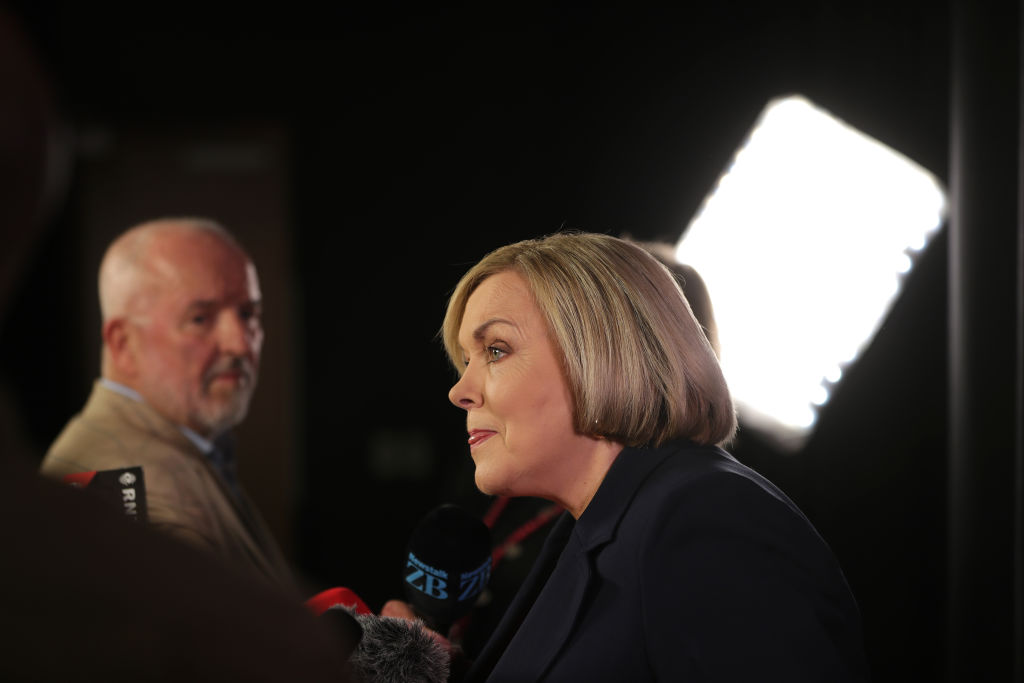 And the National Party leader confirmed to Newstalk ZB's Mike Hosking this morning her "big call" policy during last night's TV leaders' debate to introduce a new law to reclaim the wage subsidy from some companies if they were found to have misused it during the first Covid lockdown.

ACT leader David Seymour. Photo: RNZ
"It is important to find out... Jacinda Ardern said last night that these companies played by the rules. The trouble is, the rules were pathetic and they just let people go waltzing through them.

"But there is a moral right, a moral duty of people if they've taken all that money... if they don't need it, they should have paid it back."

Asked how she could introduce a law when companies followed rules, she said first off she would make phone calls to companies.

"Have a look at the system... did anyone break those rules? In some cases they kept the jobs for the term of the wage subsidy and then sacked them."

She admitted the policy for a new law was a "big call". "I reckon we could do it... but retrospective is never ideal."

Collins said she had no problem with Act leader Seymour in the Deputy Prime Minister role.

"David Seymour is a principled person in my experience and he and I have worked together before. I'd rather have him any day than what Miss Ardern has had."

The gloves were off in the fiery, high-energy debate last night.

The robust bout started off with tense questions on the Covid-19 outbreak, the economy, if the health system is racist, child abuse and housing but the pair appeared to relax as the debate wore on.

It came with commitments from both to look into Pharmac's funding decisions and ensure every school had gender neutral bathrooms available.

And it came with memorable, heated exchanges, with Ardern directly asking Collins what her plan was for climate change and Collins shooting back: "What for, dear?"

Later, Collins admitted she thought Seymour would make an "excellent" Deputy Prime Minister in her government, which was met with a "jeepers" from Ardern. 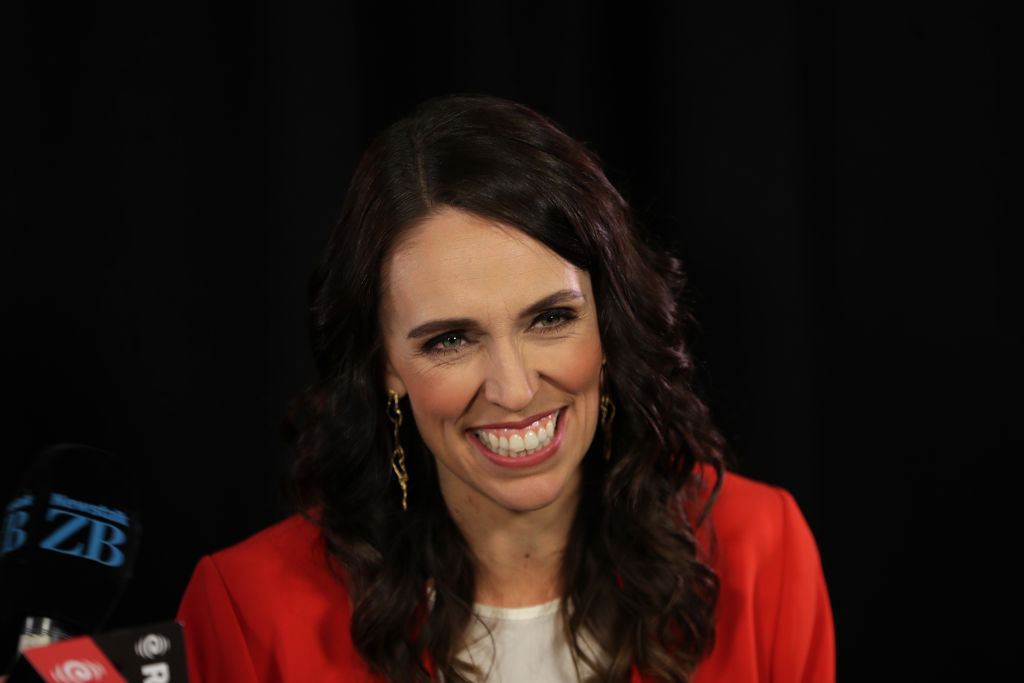 Labour leader Jacinda Ardern. Photo: Getty
And Ardern finally admitted to having smoked cannabis "a long time ago" but continued her refusal to reveal how she was going to vote on the referendum.

The 90-minute MediaWorks leaders' debate, hosted by Patrick Gower, was the second leaders' debate in the campaign and kicked off with a fiery start after Collins won the coin-toss and got the first opportunity to answer questions.

The first round focused on the Covid-19 response and opening up the border and travel bubbles.

Collins wanted a transtasman bubble with Australia by Christmas as long as there was no community transmission, while Ardern didn't want to give an exact date and pointed out there'd been "enormous pressure" to open the borders from the Opposition.

Tensions rose when the debate turned to the Pacific Islands, with Collins saying Samoa closed its borders a month before New Zealand and Ardern interjected saying New Zealand was one of the earliest countries in the world to close the border.

They found common ground on sticking to the elimination plan and both believed there would be a vaccine to the deadly virus.

Asked about large companies taking the wage subsidy, Collins said they would legislate to claw back money from firms that later reported big profits.

Ardern said she stood by the wage subsidy. "We managed to get that money out the door quickly to save those jobs, by making sure it did run on a high-trust model.

"Some of these companies followed the rules, they just didn't follow the spirit of fairness."

But the Government was taking action on companies which accessed the scheme by breaking the rules, Ardern said.

Another point of tension was when questioning turned to housing.

Gower asked Collins how people could trust her party, after house prices rose so steeply under the last National Government.

Collins rejected that, saying house prices had gone up more steeply under Labour, and RMA reform was needed.

Gower asked if either wanted house prices to drop.

Collins said "in some cases they will have to go down", but people didn't want to see their property's worth fall.

And while Ardern finally categorically admitting to having smoked cannabis, she still refused to say how she'd vote in the referendum.

"I want the public to decide ... whatever they decide I will implement," she said but the National leader criticised her counterpart over that saying "New Zealanders deserve a straight answer — not waffle".

Asked if the health system was racist, given the health gap between Māori and Pākehā, Ardern said it "was clearly showing a bias".

Collins said she wouldn't say the system was racist, "because that is giving an excuse to those people who are".

And the debate again got fiery in the climate change round, with the Labour leader saying the climate crisis was an emergency and said she would declare that in Parliament if it has the numbers after the election.

Turning to guns, Collins said the gun register — introduced after the Christchurch mosque murders — would be scrapped by National, as it had already failed "and is quite clearly impossible".

On the Ihumātao land issue, Ardern said a solution needed to be found and the problem could be traced back to the previous National Government. Collins said the land was private land, and "I'm not paying a cent for it".

But in the final quick-fire round Ardern and Collins found a lot of common ground with both wanting schools to have non-gendered bathrooms, not taxing sugar, making period products freely available in schools and putting a statue of Kate Sheppard in Parliament.

A National led government will not be this time round after witnessing the poor performance of National MPs over the the past 12 months. Leadership changes, skullduggery from MPs and a senior party member attempting to leak private health information, revelations of a National MP using a toilet seat to humiliate and belittle another MP. It is high time for National to get their house in order.

There is no level to which "Third Choice" Collins would not sink to gain power. She would love the chance to compete with donald tRump in a race to the bottom of global politics, and quite honestly, I am starting to think she would be in with a chance to win the race.

Well... putting Seymour in as a Deputy would certainly raise the IQ of the entire current National leadership team to a point where it might actually be visible to the public at large.