After watching a valedictory speech by party leader Winston Peters, first-term MP Mr Patterson told the Otago Daily Times he did not expect to retain a seat in Parliament, based on preliminary results from about 60% of total votes cast.

About 9.45pm, Taieri electorate Labour candidate Ingrid Leary was leading the race by a significant margin, ahead of National candidate Liam Kernaghan.

Mr Patterson was running a close race for fourth with ACT Party candidate Robert Andrews at the time of writing, with 586 votes. 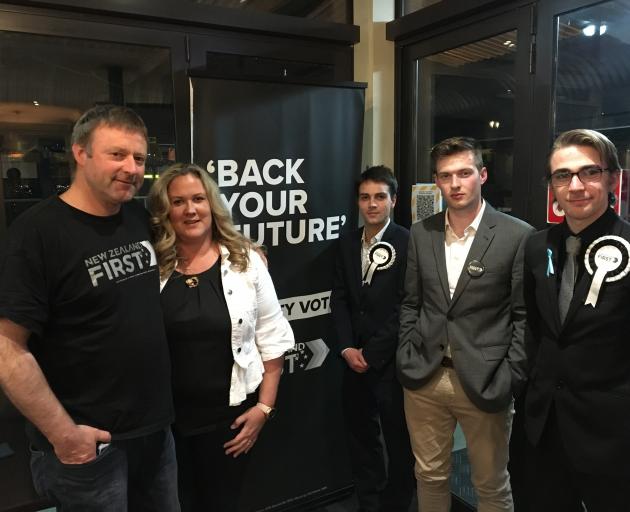 NZ First looked unlikely to meet the 5% party vote threshold for its list MPs to gain entry to Parliament, sitting at about 2.6%.

He congratulated Ms Leary, and said Labour's handling of the Covid-19 crisis had helped her and her party to an apparent landslide victory this year.

"I'm sure Ingrid will make a fine MP for the area.

"There's been a red tide coming in this year, which has blown everyone away, but a tough night for us, obviously."

Mr Patterson, a Lawrence farmer, said he now planned to take some time to retrench.

"I would have loved to have had a second term, but I'll reassess my options later on.