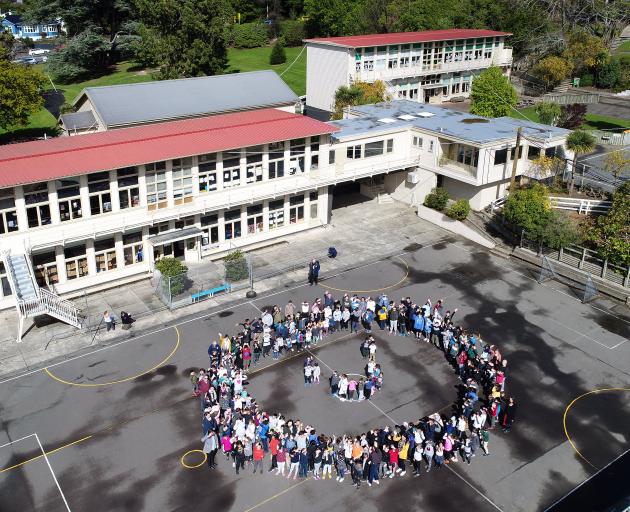 National and Labour are head to head on school infrastructure.PHOTO: STEPHEN JAQUIERY
Education is always a significant election issue, perhaps more so in 2020 as people laid off due to Covid-19 consider retraining. Political reporter Mike Houlahan considers the main party’s policies.

From early childhood education to tertiary training, people spend a considerable period of their lives in the education system.

All political parties are promising improved funding for every aspect of education, but there is a philosophical divide about which sectors merit the most and how they should be funded.

In early childhood education, Labour has given priority to raising teacher wages, while National has pledged to scrap higher funding for centres with 100% trained teachers and redirect the savings to improving teacher/child ratios.

Act New Zealand supports a voucher or entitlement system to fund education, and its policy is to pay $12,000 a year from age 2 to 18 into Student Education Accounts, from which pupils and their families can ‘‘buy education’’ at any registered provider, be that a public school, a private school or a charter school — institutions it enthusiastically supports.

Labour, which has overseen an expansive school building programme with more planned as part of its Covid-19 recovery plan, has promised to boost funding for the most disadvantaged schools by $320 million over four years.

National is taking on Labour in the area of school infrastructure, with plans to spent $2billion over five years on repairs and $2.8billion over a decade on new classrooms and schools.

Act wants government to fund a range of schools, while the Greens’ key principle is high quality, free public education.

Parties also differ on the issue of school zoning, Labour wanting it to be be the responsibility of the Ministry of Education and National in favour of schools drawing up their own zones.

While it has no specific policy on zoning, the Green Party supports the development of schools as community hubs and the integration of community services there.

Act, however, believes education should be a marketplace, where pupils can choose to attend the school which provides them with the best opportunities.

Vocational training is the main battleground in tertiary education.

Labour oversaw a massive shake-up in the sector and created a single national vocational training institute — a reform National would reverse, with a promise that decisions on industry training needs would be returned to industry.

Tertiary fees are another contentious area; while Labour has pledged free apprenticeships for the next two years, its free fees policy for other training will remain at one year.

It would seek to revive the international education market, devastated by Covid-19, as soon as possible, under strict quarantine and testing protocols.

New Zealand First, which as a coalition partner has put millions into regional education through the Provincial Growth Fund, has promised to fully fund tertiary study and training and provide a universal living allowance.

This is a rare area of agreement for the party and the Greens, who also promise greater financial support for students.

Act would pay students a further $30,000 at the age of 18 for tertiary education, topped up to $50,000 by scholarships for more than half of students.