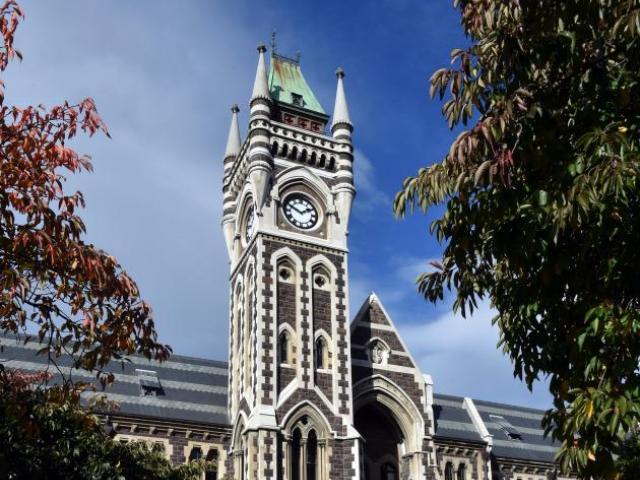 However, coverage afterwards by TVNZ’s Breakfast and 1 News has been ruled unfair.

The complaint about the original Sunday show last year was not upheld, as the programme was balanced.

The programme included excerpts from letters between senior university staff members released under the Official Information Act to one of the students, who called herself ‘‘Michaela’’ in the programme.

Michaela said she was assaulted after signing up for a blind date organised by the Critic Te Arohi student magazine.

A sentence from one email read on Sunday said if the matter had led to a rape complaint ‘‘it would not have been a good look for the University of Otago’’, and featured the former university student saying the emails revealed ‘‘damage control’’ by the university.

The university said in statement last year the emails were taken out of context, and the idea the university was more concerned about its reputation could deter students from complaining.

In a statement at the time of the reporting, vice-chancellor Harlene Hayne criticised the ‘‘reporting, accuracy and responsibility of TVNZ as a public broadcaster’’.

The university said it had a comprehensive, student-centred approach to reports of sexual assault, where confidentiality was paramount.

A spokeswoman for the university said yesterday it was satisfied with the BSA’s decision, noting fairness and balance standards had been breached.

‘‘The university continues to be a leader in the way it handles matters of sexual misconduct, and believes the ruling highlights the need for coverage of these often complex personal issues to be handled with appropriate care.’’

In ruling against the university’s complaint about the Sunday reporting, the BSA said the programme was clearly signalled as coming from the perspective of the women interviewed and included comment from the university.

No material inaccuracies were identified, and the university was given a reasonable opportunity to respond.

The Sunday broadcast focused on the sensitive subject of sexual assault complaints, and the question of how universities, and in this case how Otago University, should respond.

The authority acknowledged the role of the media to challenge, and noted that asking, ‘how should sexual complaints be handled?’ was important.

The subsequent Breakfast and 1 News items chose to focus on the university’s decision not to be interviewed, resulting in unfairness.

The authority commented the “broadcasts on Breakfast and 1 News changed the focus of the story’’.

‘‘In our view, the university was not treated fairly and, in the case of Breakfast, balance was also lacking.’’

Breakfast advanced the allegations that the university mishandled allegations of sexual assault to avoid reputational damage.

This was asserted by one of the women interviewed in the Sunday programme and was clearly opinion. On Breakfast this opinion was presented as fact.

The authority found the university was not adequately informed or given a fair and reasonable opportunity to comment.

The authority made no orders, saying the publication of its decision would be sufficient to censure the broadcasters’ conduct.

Has Knox at least improved its duty of care?

Tvnz unbalanced in reporting on something.
My blank surprised face makes an appearance

The whole concept of balanced reporting needs to be thrown out. Time and again it allows the "criminals" to put forward a whole bunch of lies and have it given the same weight as the evidence of the crime.
The media, and the people speaking to the media should be restricted only by the need to tell the truth.