‘Time for a decision' on stadium 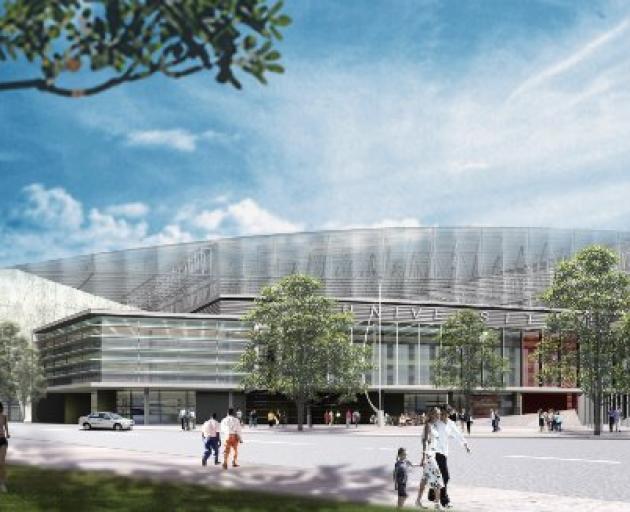 Artist image of proposed stadium
The trust investigating the proposed Awatea St stadium says it has completed tasks set for it by the Dunedin City Council and it is time for councillors to make a final decision.

Carisbrook Stadium Trust chairman Malcolm Farry said yesterday the trust could go no further unless the project was approved.

The council's finance and strategy committee will meet on Monday to consider the report. It is expected to make a recommendation about the stadium to a full council meeting, also to be held on Monday.

Mr Farry yesterday said peer reviews of the stadium's cost had shown it could be built within a $188 million budget (excluding GST), the trust had planned contingency funding within that budget of $26 million, and there was a list of items available to make savings that would make no material difference to the stadium.

The stadium could still be built by the 2011 Rugby World Cup, unless appeals to the Environment Court disrupted a change to the district plan that would be necessary to allow building at the Awatea St site, he said.

That possibility was dealt with by a suggestion of a Government ‘‘call in'' of the process. A call-in allows the Government to intervene and streamline the consent process for projects of national significance.

The crowd size specified for an ‘‘A'' rugby test is 35,000. When questioned about that figure, Mr Farry said he was willing to bet the stadium would qualify.

Trust chief executive Darren Burden said conditional sale and purchase agreements for the land at the site were signed by all parties and ready to be signed by the trust if the council gave approval.

Mr Farry said while land acquisition would not stop the process when councillors made their decision, ‘‘some of the conditions might''.

There were confidentiality clauses on the contracts. He would not explain what they were, but said some businesses at the site had to be relocated, with the possibility of resource consents being required.

Asked if the land could be bought within budget, he would only say the whole project would still be within the $188 million budget.

‘‘If you asked me are they perfectly in line with what we hoped, I would say: ‘No'.''

He was confident of being within the total budget, in part because of the $26 million contingency funding.

Mr Burden said the trust had received peer reviews ordered by the council on Tuesday, and they estimated the cost of the stadium as being $2.5 million more than the trust's quantity surveyors suggested.

There had been savings made on the project. The options to reduce construction costs included using less of the ethylene tetrafluoroethylene (ETFE) roofing material, through modifying the stadium roof design, which would save $2.7 million.

A council peer review on the potential operational costs if the stadium was built ‘‘didn't necessarily agree'' with all the trust's projections, and resulted in the trust taking a more conservative line.

The peer review said the trust's estimated rugby test match schedule was not unreasonable, but it would be appropriate to exclude the trust's expectation of a Super 14 semifinal every five years.

That had been done. Fewer Air New Zealand Cup quarterfinals and semifinals had been included in projections, and fewer public ticket sales.

The review suggested concerts should not be included in projections, but the trust believed it had taken a modest approach, and those assumptions remained the same.

Turf growth under a test rig had proved grass would grow under the EFTE roof.

Mr Farry said it was ‘‘absolutely critical'' the council gave a firm ‘‘Yes'' or ‘‘No'' to the trust, as it could go no further attracting private-sector funding, or fixing a guaranteed maximum contract price to build the stadium.