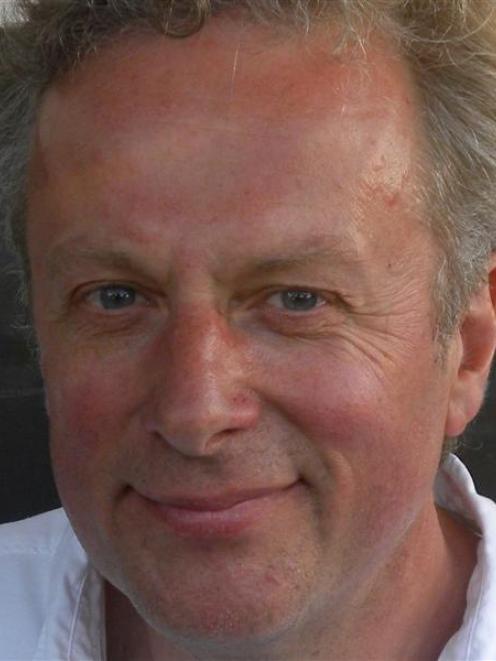 Lee Vandervis
Dunedin city councillors are preparing for a fresh war of words over Forsyth Barr Stadium, following confirmation it needs another $1.81million a year from ratepayers.

The extra costs, together with a nearly $1million budget hole to be plugged by mid-2015, would see nearly $20million in extra ratepayer funding pumped into the venue over the next decade.

The findings - outlined with the release of the Dunedin City Council's stadium review yesterday - prompted a mixture of resigned acceptance and recriminations from some councillors.

Most spoken to by the Otago Daily Times were prepared to accept the review's findings, despite their frustrations, saying it appeared to offer the only way forward.

However, Cr Lee Vandervis said the review was just ''a further kick in the guts'' for ratepayers, and he was already seeking legal advice on its findings.

Other councillors dismissed his potential legal move, and Cr Vandervis himself would not divulge details ahead of Monday's full council meeting.''

I'm not going into that currently. We'll have that debate on Monday.''

There's a whole lot of things in there I find really quite scary.''

A report by council chief executive Dr Sue Bidrose, released yesterday, outlined the review's findings nearly a year after it was launched in January.

At the time, the company running the venue, Dunedin Venues Management Ltd (DVML), was forecasting losses totalling $3.79million over the next three years.

The review that followed had found the original stadium budget was ''optimistic'', and recommended a series of significant changes were required if the venue was to continue operating.

Together, the changes would require an extra $1.81million a year from ratepayers for at least the next decade.

That would lift ratepayers' annual bill for stadium-related costs from $9.84million a year to $11.65million a year.

The changes proposed included reviewing the $4million rent paid each year by DVML to Dunedin Venues Ltd, which owned the stadium.

The rent, used to help service stadium-related debt, could be cut in half - to $2million - as a result, the review suggested.

Councillors would also be asked to consider transferring $30million of stadium-related debt from DVL to the council's books.

That would further ease the pressure on DVML's books, but add $2.7million a year to the council's debt-servicing costs.

That change would be partially offset by putting an end to the council's annual subsidy to DVML, worth $1.44million a year.

The review also found renewals funding for the stadium was inadequate, with $10million needed over the next decade, and another $41million in the following decade, to pay for new seats, equipment and even a new roof.

The council's extra funding would cover the first decade, while reduced debt costs in the second decade would allow more renewals spending without more council funding, the review found.

Stadium governance arrangements were also in for an overhaul, with the review suggesting both DVML and DVL should be under the umbrella of the council's holdings company, Dunedin City Holdings Ltd.

At present, DVML and DVL shared the same directors but the proposal would see DVL's board replaced by new, independent directors, the review said.

That would encourage more ''robust'' discussions between the two companies, remove the potential for conflicts and allow DVL to focus on managing the stadium building.

Dr Bidrose's report began by considering whether the council should continue operating a stadium, or whether the venue should be demolished.

The review concluded the venue should remain open, pointing to an estimated $60million in spending by visitors drawn to Dunedin by the stadium.

Demolition would rob the city of those economic benefits, as well as a revenue stream that partially covered debt-servicing costs, and still leave $133.1million in stadium-related debt to be repaid.

That would mean increasing the annual ratepayer contribution even more, by $3.76million to $13.6million, to repay the debt on existing terms.

The review found there was ''little, if any, merit'' in the proposal, Dr Bidrose's report said.

The review also canvassed other options, including bringing the stadium and its operation in-house, but stopped short of recommending the change.

Instead, bringing DVML and DVL under DCHL's umbrella would help strengthen the companies' commercial focus, it suggested.

Reviewing DVML's rent requirement was also a ''normal commercial response'' to an ''unsustainable'' situation, it said.

The original $4million rent was calculated on an ''affordability basis'' at the time of the stadium's development but had since proven to be ''overly optimistic'', the review found.

The initial indication was DVML's annual rent would be cut in half, to $2million, from July 1 next year.

The proposed changes will be considered on Monday and, if supported by councillors, will become part of public consultation on next year's long-term plan hearings.