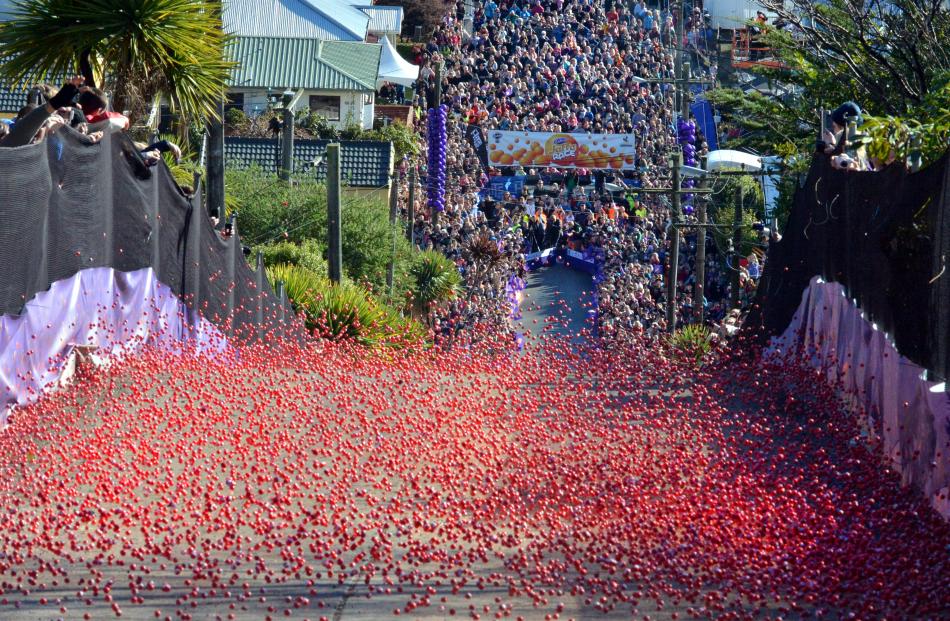 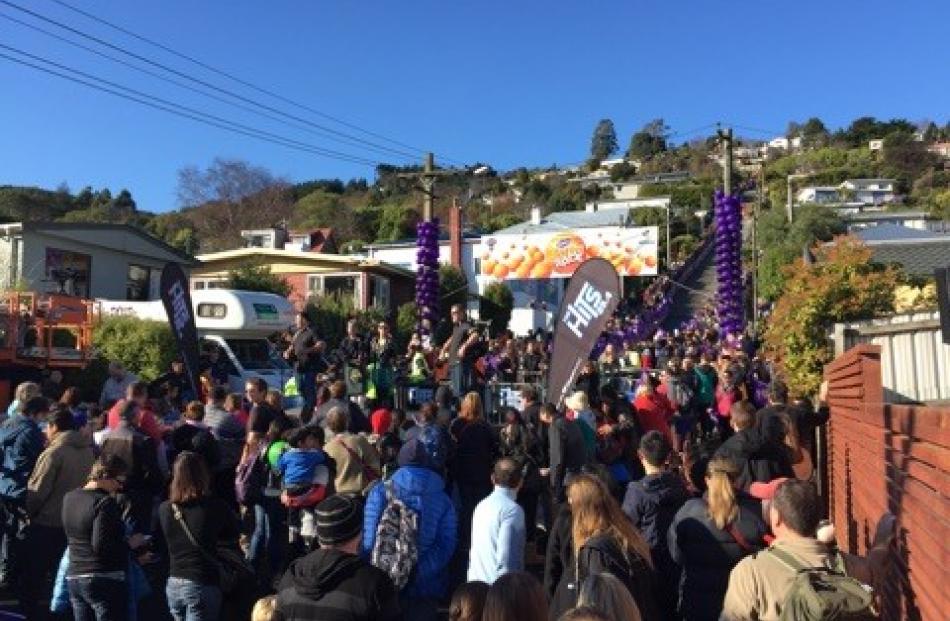 Spectators gather for the annual Jaffa race at Baldwin St in Dunedin. Photo by Rhys Chamberlain 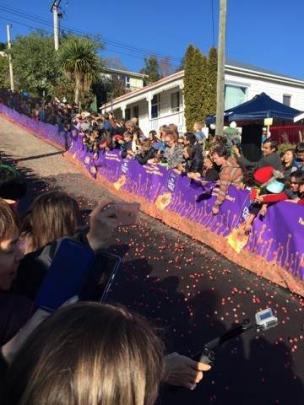 A crowd of about 15,000 gathered at Dunedin's Baldwin Street today for the annual Jaffa races.

About 75,000 Jaffas rolled down the world's steepest street during the fund-raising event, which this year will benefit Make-a-Wish, Surf Lifesaving New Zealand and Parents Centre

Spectators lined the street as a red tide tumbled down the track during the first race, cheering and snapping pictures with their phones.

Jaffas in the second race were yellow.

Volunteers from Make-A-Wish took an hour and 23 minutes to label their 25,000 Jaffas.

The 45-strong team of volunteers powered through their Jaffa labelling at Toitu Otago Settlers Museum earlier this month, with an average of 301 labelled per minute.

''It's three and a-half months in the making, so we'll be very glad to see the Jaffas go down,'' Ms Lowe said earlier this week.