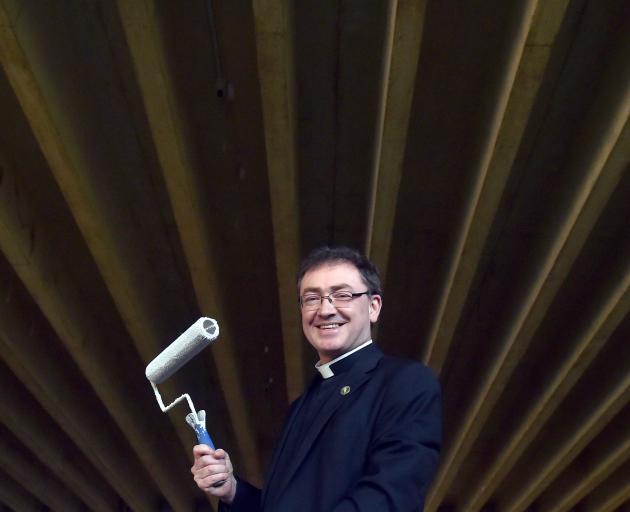 The Very Rev Dr Tony Curtis, dean of the Dunedin cathedral, said a recent meeting with Logic Group, the project manager, had clarified the cost and some other aspects of redevelopment.

It was planned to undertake the overall roof work this year, including getting a new temporary plywood roof in place, under the protective roof tent.

"We’ve got to do it right, but we want it to be done as quickly as possible."

After fire tore through the roof early on August 11, the roof was protected by structural scaffolding and a large tent covering, the latter lifted into place last November.

Further work on the roof was expected to start next month, and it was hoped to build the "bones" of the new roof, which would support a stronger temporary roof, he said. He hoped that permanent roof work could be done by the spring.

It was envisaged that roof repairs would be largely covered by insurance, and the $4 million would be spent on other work on the cathedral.

The redevelopment would include some upgrading at floor level inside the apse area, and Tikanga Maori and Tikanga Pasifika, the church’s Maori and Pacific streams, would be consulted.

An improved sound system had been installed, the cathedral organ would be upgraded and an improved heating system would be added.

He would love to see all the upstairs work done by Christmas, but it could take until next Easter.

After the roof was repaired and upstairs improvements made, the redevelopment would also continue downstairs in the Raphael Hall area and associated bathrooms and kitchen.

At least $2 million would be spent making the area accessible and more suitable for holding conferences, musical events and other community activities.

After "quite a long haul" since the fire, it was "really positive" that the cathedral would become much better for worship.

The cathedral would also serve as a "vibrant hub for the city where art, music and action for a better world can thrive alongside our growing worshipping community", he said.