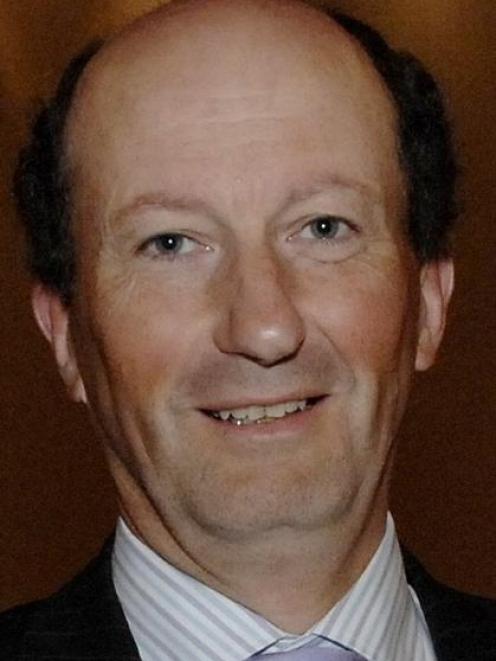 Bevan Dodds.
Fresh savings would be needed to plug a $4.1 million hole in the Dunedin City Council's budget, it was confirmed yesterday.

The holding company is suggesting reducing its annual dividend by $2.5 million a year, from $18.2 million to $15.7 million, beginning in 2012-13 and continuing in following years.

The details were presented to councillors by DCHL chief executive Bevan Dodds at the beginning of yesterday's council budget deliberations meeting.

The DCHL reduction came on top of a proposed $500,000 reduction in annual distributions to the council from the Waipori Fund, as well as the DVML deficit - which the council had budgeted $1 million to cover initially - and $116,000 in extra loan costs each year for the Dunedin Centre upgrade.

The unexpected costs amounted to a $4.1 million shortfall in the council's books for the 2012-13 financial year.

Council staff had responded by squeezing more savings from already-tight budgets to bridge the gap, with a package of measures presented to councillors yesterday but yet to be formally adopted.

"That's a significant constraint that we face right from the outset of these deliberations," he said.

Mayor Dave Cull told councillors they faced an "incredibly challenging" job over the next few days juggling competing requests for funding and the pressure of a self-imposed 5% rates cap.

Mr Dodds told yesterday's meeting work on DCHL budgets was already under way, but the initial indications were trading conditions were "nowhere near as good" as this time last year.

The state of the global economy was partly to blame, with poor log prices showing no signs of improving for City Forests, and expectations of when construction activity in Christchurch would ramp up being pushed back, he said.

The outlook for profits over the next two to three years was no better, and expected to be worse than this time last year, he said.

DCHL budgets were yet to be completed, so final figures were not known, but Mr Dodds believed it was important to deliver the message before the council's budget deliberations were completed.

The proposed drop in dividends was the second by DCHL in two years, after the holding company last year reduced dividend payments to the council and DVML by $8 million.

A report by council financial planner Carolyn Howard to yesterday's meeting said the $1.2 million deficit forecast by DVML for 2012-13 would be covered initially by $1 million set aside by the council, until the planned review of stadium operations was completed.

The council was also grappling with a $2.5 million shortfall in the Dunedin Centre/town hall redevelopment budget, with a new loan needed to bridge the gap to add $116,000 a year to the budget in debt-servicing costs.

Savings presented by council staff included a reduction in the assumed interest rate for borrowings included in the council's draft long-term plan to 2022, based on updated interest rate advice, Ms Howard said.

That reduction saw a lowering of interest rates in the budget, from 7.75% to 7%, saving the council $1.5 million a year, she said.

About $850,000 of budgeted but unspent funding would also be carried forward to next year's budget, and the council planned to budget for $600,000 in income from late penalties on rates bills for the first time, she said.

Other minor changes to vehicle procurement, staffing and the use of consultants had helped achieve further savings, meaning the almost all of the $4.1 million shortfall could be covered if councillors agreed.