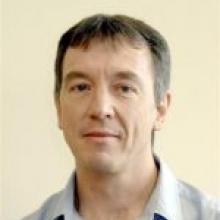 Brian Rousseau
A $4 million blow-out in spending on rest-home subsidies will be revealed today as the Southern District Health Board looks for ways to keep more elderly people in their homes.

He says a decline in rest-home spending has "levelled off", contrary to the board's district annual plan, which predicted continued reductions.

The board is set to spend $34.7 million on rest-home subsidies this financial year.

In his report to today's meeting in Dunedin, finance and funding general manager Robert Mackway-Jones says work is under way to reduce rest-home spending, including a review of eligibility criteria.

"There are a number of actions under way ... a review of admissions and criteria is occurring and models of care are being reviewed and new services are being planned for restorative based home support services, and day programmes to support the ageing in place strategy and prevent rest-home admissions."

When contacted, Mr Mackway-Jones told the Otago Daily Times Auckland University had been named preferred provider for a contract to devise a model of care to keep elderly at home.

Board papers cite the cost blow-out as about $3 million, but when contacted, Mr Mackway-Jones confirmed the figure was actually more than $4 million.

Asked about the effects of the ageing population on rest-home demand, he said there were two schools of thought on the changing demographics.

On the one hand, it could mean a big increase in demand for rest-homes, or it could have little effect because of increasing life expectancy and a healthier population.

This year, the board came under fire for reducing home-help assistance for the elderly in Otago and Southland, saying it was over-delivering those services.

Aged Care Otago executive officer Susan Davidson said given this year's home-help cuts, it was difficult to know what to make of the board's community-support strategy.

Since the cuts, Age Concern had noticed an increase in the number of elderly requesting help with shopping.

"That will be the dilemma - ensuring the level of care in the community is sufficient," Ms Davidson said.

A lack of planning for the huge wave of elderly care need expected from 2012 could result in a lack of facilities for the elderly, Mr Hendry said, citing a major survey released earlier this year by the sector, the Ministry of Health, and the country's district health boards.

Mr Hendry said that even if people were retaining more mobility into their old age, the predicted wave of dementia would put pressure on residential services.

The elderly were often lonely in their own homes, and relished the chance to socialise when they moved into residential care.

Presbyterian Support Otago chief executive Gillian Bremner hoped the commitment to community care would mean more funding for Community First, an innovative scheme aimed at keeping people at home through intensive support, which was funded for 64 people in Dunedin and Mosgiel.

She said Community First helped people regain their social lives, which often needed to be re-established after lapses because of illness.

Mrs Bremner said the challenges in aged care were a chance for all New Zealanders to help, through supporting the elderly people they knew to remain part of the community.