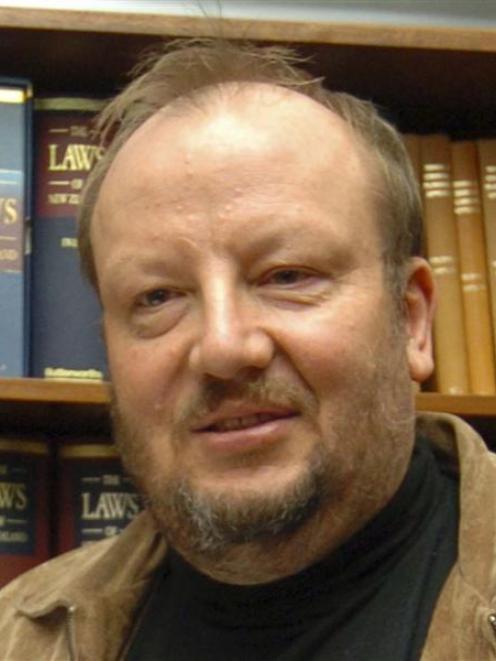 Len Anderson
An assurance the Forsyth Barr Stadium will cost the average ratepayer no more than $66 a year cannot be true, when other costs for the project have increased, Stop the Stadium's counsel Len Anderson says.

The figure was "demonstrably incorrect", Mr Anderson said in his 21-page affidavit to the Court of Appeal in Wellington, and the resulting figure of $5 million a year raised was not enough to pay even the capital of the council's loans.

The likely contribution would be twice that amount, he said - at least $10 million.

But Dunedin City Council finance and corporate support general manager Athol Stephens argued in his own affidavit the repayments would total $10 million a year, including the ratepayers' $5 million, $3 million from council-owned companies' cash flow, and a tax saving of $2 million, from having a company holding the stadium debt within the council's group of companies.

There were other changes, he said, that meant there had been no change to the $66 a year figure.

These and other aspects of the council's funding for the stadium formed the heart of the debate before the court this week.

The court's three judges reserved their decision, which awaits as the final possible action that could stop construction at the Awatea St site.

Mr Andersen listed the changes to the stadium he said had occurred since full council consultation on the project last occurred for the 2008-09 year.

The cost had increased from $188 million to $199 million, the Community Trust of Otago's contribution had fallen from $10 million to $7 million, and private-sector funding had changed to the point that 3% instead of 53% would be received before the stadium was completed.

The Government had provided $15 million, but the cost to the city council trading organisation had increased from $91.4 million to $108 million.

"The ratepayer contribution for the average value residential property must have increased significantly from $66 per annum despite assurances to the contrary from the council," he said.

The changes were significant, Mr Andersen said, and ratepayers should be consulted on the true cost.

Mr Stephen's affidavit said a drop in interest rates of 2% would reduce interest costs in year one by $2.1 million, and produce a saving over 20 years of $32.9 million.

The reduction in private-sector funding had been offset by the Government's $15 million grant.

"The cost to the average value residential property ratepayer is also unchanged."