By Daisy Hudson
0 Comments
Before arriving in New Zealand, Karimeh Gholami had never drawn before.

When the Afghan refugee arrived in Mangere nearly two years ago, she was able to express herself through art for the very first time.

A new University of Otago research project was trying to turn that around, helping eight Dunedin Afghan refugee women adapt to their new community, socialise with other women, and work through their own trauma. 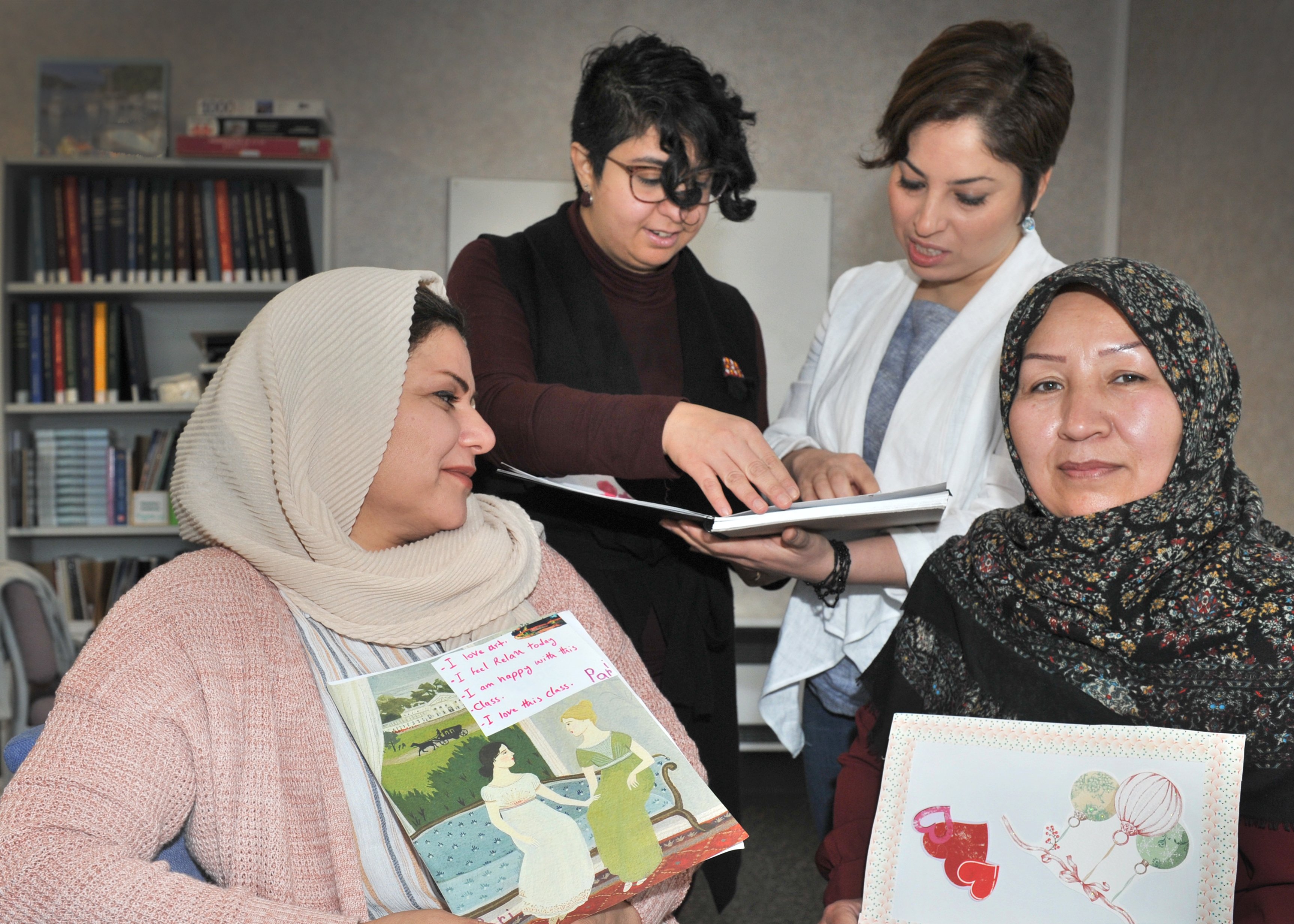 They discovered because language was a barrier for refugees, art was an alternative way of expressing themselves, Dr Torabian said.

‘‘Some of the women in our workshops, they didn’t even know how to write their names in English, but I could see they were really engaged and they really connected to the way that the workshops were running.’’

Mrs Gholam i(50) said the workshop was good because she could catch up with friends, communicate, and try out different art forms.

Fellow refugee Pari Tajik (41) said she felt sad and lonely when she was at home because she did not know people, but the workshops helped change that.

She had not been able to write her name before attending the workshops, she said.

They also gave her a chance to focus on herself, rather than work around her home.

Many refugees had experienced a lot of trauma before arriving in New Zealand, and the workshops gave them an outlet to express that, research assistant Dr Parisa Saadat Abadi Nasab said.

‘‘It was an amazing experience to understand how they suffered during their life. They never had the chance to paint or even take a pencil in their hand,’’ she said.

Dr Torabian was keen to expand the programme, depending on funding availability.

‘‘I see it as a nice way for women to feel comfortable in their new setting.’’